Skip to main content
Log In Sign Up
You have permission to edit this article.
Edit
Home
News
Sports
Lifestyle
Opinion
Obituaries
Public Notices
Classifieds
Jobs
About Us
1 of 6 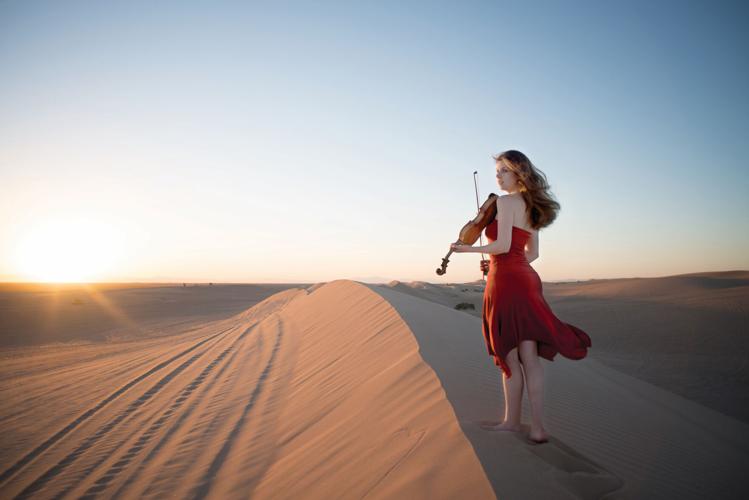 The Mari Black Band will perform at the BRT Summer Solstice Festival at Diamond Hill Park, on Saturday, June 18. 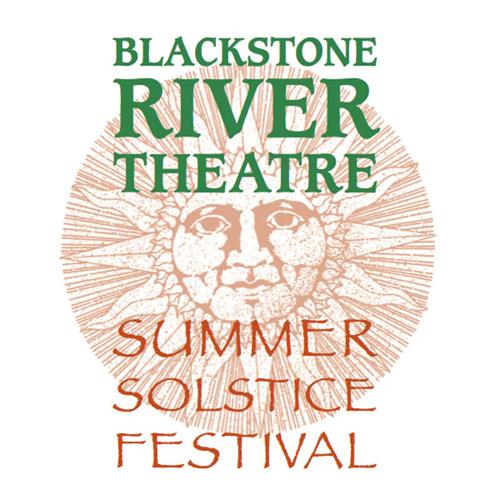 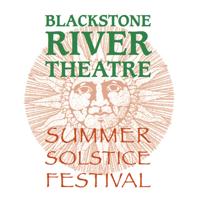 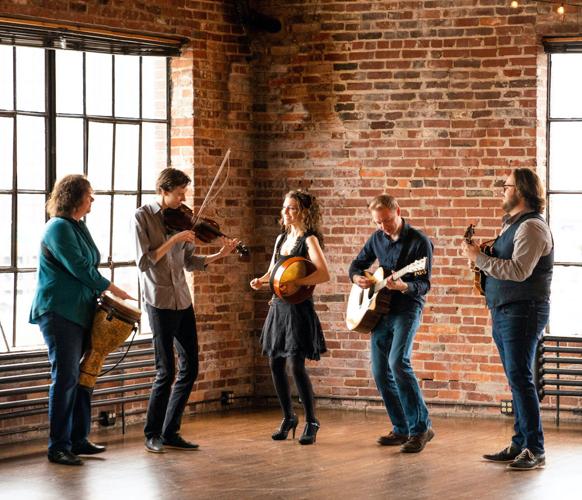 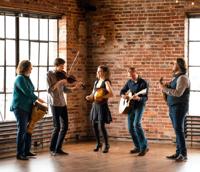 Opening and closing the festival will be Celtic-American Roots music group, RUNA. 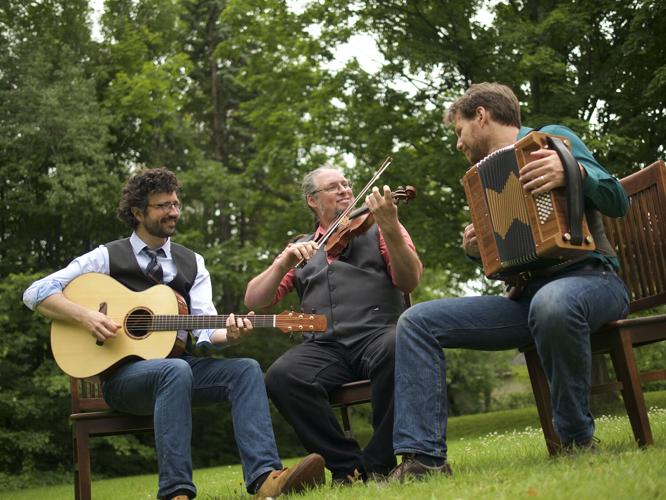 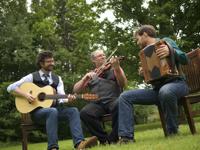 Always a festival favorite, Genticorum will perform vocal and instrumental music from Quebec and will offer two sets, as most performers do, at the June 18 Blackstone River Theatre Summer Solstice Festival held at Diamond Hill Park in Cumberland. 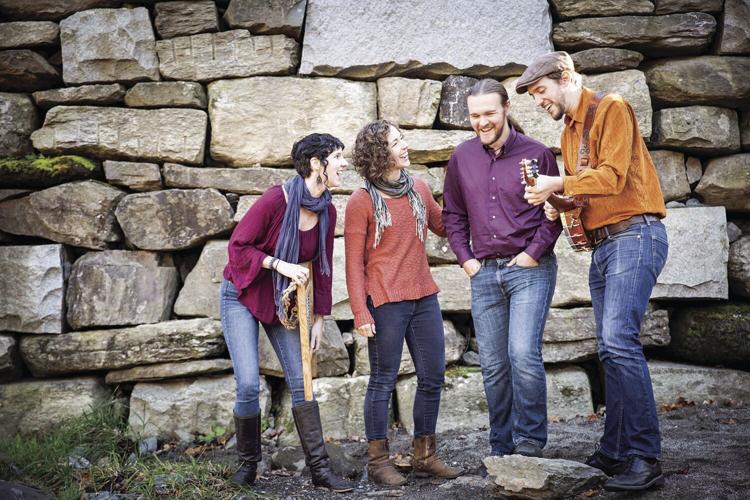 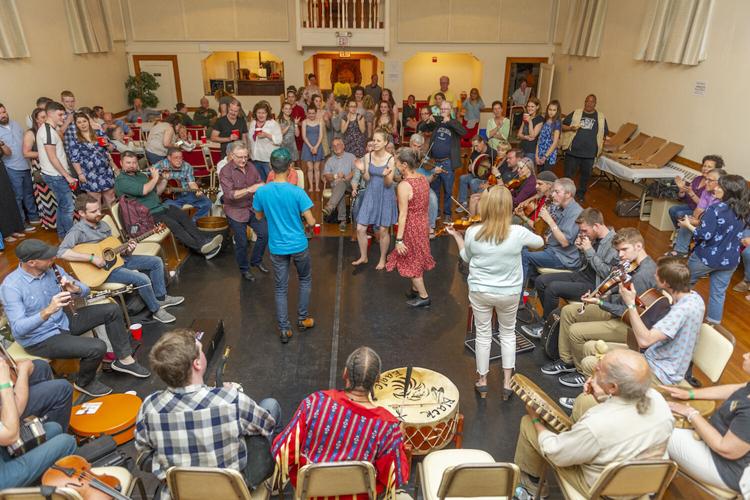 The popular after-festival Music Session will return on Saturday evening, 8:30-11:30 p.m., back at Blackstone River Theatre itself, 549 Broad St., Cumberland. The separate admission event will feature virtually all festival performers playing and dancing in a relaxed Irish session atmosphere.

The Mari Black Band will perform at the BRT Summer Solstice Festival at Diamond Hill Park, on Saturday, June 18.

Opening and closing the festival will be Celtic-American Roots music group, RUNA.

Always a festival favorite, Genticorum will perform vocal and instrumental music from Quebec and will offer two sets, as most performers do, at the June 18 Blackstone River Theatre Summer Solstice Festival held at Diamond Hill Park in Cumberland.

The popular after-festival Music Session will return on Saturday evening, 8:30-11:30 p.m., back at Blackstone River Theatre itself, 549 Broad St., Cumberland. The separate admission event will feature virtually all festival performers playing and dancing in a relaxed Irish session atmosphere.

CUMBERLAND – The sounds of Celtic music will once again fill Diamond Hill Park on Saturday, June 18, with the return of Blackstone River Theatre’s Summer Solstice Festival. After a three-year wait due to COVID cancellations, BRT will present its 10th annual festival at the park on Diamond Hill Road from 11 a.m. to 7 p.m., with four stages focusing on Celtic and world music, dance and culture, plus a children’s activities area and 35 craft and food vendors. The rain date is Sunday, June 19.

“Our goal is to provide a full day of entertainment that will appeal to every age group,” said Russell Gusetti, BRT executive director and festival producer. “And for less than the price of a single concert ticket, audiences can see eight hours of music at a family-friendly festival.”

Featured entertainers will include international performers and regional favorites. Gusetti said that once again, the festival will feature some of the best young musicians on the Celtic music scene today, joined by many musicians with decades of experience.

Three music stages will run continuously throughout the day, as will a stage dedicated to Irish step dance. A popular returning feature is an Irish session tent where patrons are invited to bring their instruments and sit in and play with many of the festival performers.

Gusetti said he looks forward to returning to Diamond Hill Park where more than 1,300 people came to the last festival held in 2019. “It’s a beautiful and very walkable park in Cumberland and people are always amazed when they see how we’ve set it up.”

Lining the walkway of the park will be 30 crafters, artisans and small business vendors as well as five food vendors – Supa Dupa, The Incred-a-bowl food company, Del’s, The Daily Grind, and The Ice Cream Machine. There will also be a children’s activity area.

Featured performers – most doing two sets each – include the Atwater~Donnelly Trio, The Mari Black Band, John Doyle and Mick McAuley, NEA Fellow Kevin Doyle, Eastern Medicine Singers, Genticorum (from Quebec), The Winifred Horan Quartet, RUNA, Torrin Ryan, The Vox Hunters, and Windborne. A special showcase will be “A Tribute to the Music of Jimmy Devine.” A Rhode Island musician, preservation carpenter, and inspiration to countless fiddle students, Devine passed on June 7, 2021. Born in New York to Irish parents, Devine was one of the true lynchpins of the Irish scene in Providence, Gusetti said.

Opening and closing the festival is RUNA. Celebrating 13 years together as a band, the Celtic-American music group RUNA continues to push the boundaries of Irish folk music into the Americana and roots music formats, Gusetti said. Interweaving the haunting melodies and exuberant tunes of Ireland and Scotland with the harmonies and rhythms of jazz, bluegrass, flamenco and blues, they offer a redefining take on traditional music. RUNA consists of vocalist and step dancer, Shannon Lambert-Ryan of Philadelphia, Dublin-born guitarist, Fionán de Barra, Cheryl Prashker of Canada on percussion, Jake James of New York on fiddle, and Caleb Edwards of Nashville on mandolin and vocals.

Making a highly-anticipated festival return is Genticorum. Over the past 20 years the traditional Quebec group Genticorum has become a fixture on the international world, folk and Celtic music circuit. Their newest album was nominated for two Canadian Folk Music Awards for “Best Ensemble” and “Best Traditional Record.” The energetic and original traditional power trio weaves precise and intricate fiddle, flute, and accordion work along with vocal harmonies, energetic foot percussion, and guitar accompaniment into a high-energy musical feast, Gusetti said.

Gusetti said it has definitely been challenging preparing for this year’s festival. “I’ve produced 11 Solstice Festival events at Diamond Hill Park and this year by far has been the hardest one. It’s the fear of the unknown. While my biggest concern is always what the weather forecast will be, now you can add in not knowing how audiences will respond after we’ve been forced to take three years off due to COVID,” he said. “During the pandemic, all I would hear is how much everyone really missed seeing live music and simply being around people, how they couldn’t wait to be able to do that again. Well ... here’s an amazing opportunity, right in their own backyard – eight hours of world-class music and lots to do and see.”

Despite the challenges, Gusetti remains passionate about bringing his music festival to northern Rhode Island and specifically to Cumberland – to his and Blackstone River Theatre’s hometown. “It’s a chance for residents to discover what we do year-round at Blackstone River Theatre itself, while finally being able to enjoy music and dance with others. I can promise that if you come Saturday, you’ll definitely be happy you did so.”

Admission is $20 for adults, $15 for seniors, and $5 for children ages 6-15, while children under 5 get in free. For information and to purchase online tickets, visit https://www.riverfolk.org/brtssf/. Festival sponsors include Navigant Credit Union, The Valley Breeze Newspapers, Sound Advice LLC, Town of Cumberland, Quebec Government Office in Boston, and Open MRI of New England.

Parking is free and a 14-passenger shuttle bus to help people who are parked in the farther lots has been arranged from 1 to 6 p.m. and if needed, satellite parking will be utilized at Mercymount Country Day school.

Also returning will be the popular after-festival Music Session on Saturday evening, 8:30-11:30 p.m., back at Blackstone River Theatre itself, 549 Broad St., Cumberland. The separate admission event will feature virtually all festival performers playing and dancing in a relaxed Irish session atmosphere. Admission is $25 and includes light complimentary fare provided by Angelo’s Palace Pizza and a cash bar.