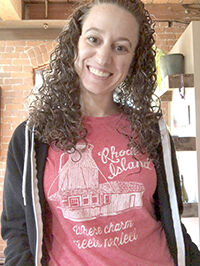 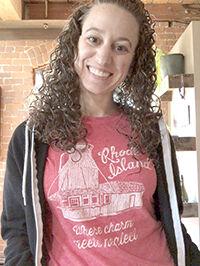 Jessica David, co-founder of Dear Rhode Island, wears one of her many Rhode Island-themed T-shirts. 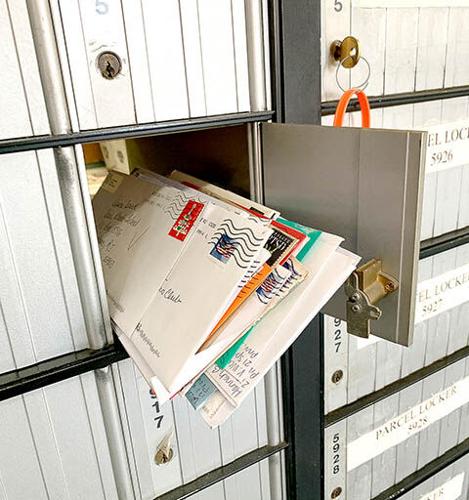 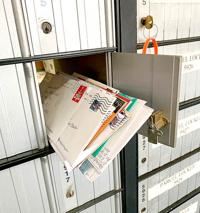 The Dear Rhode Island project was co-created by Jessica David and What Cheer Writers Club staff Jillian Winters, Jodie Vinson and Susannah Morse, with a goal of bringing Rhode Islanders together through the power of letter-writing. 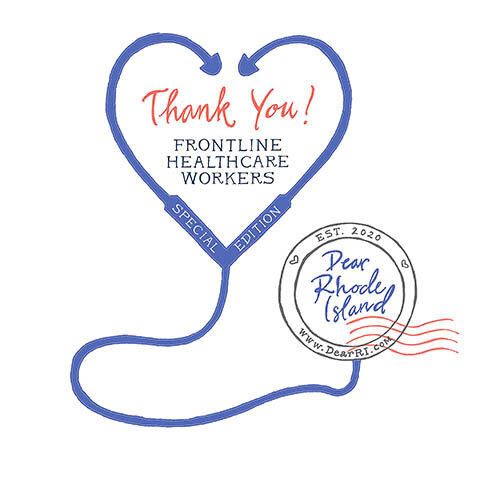 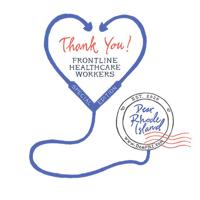 Jessica David, co-founder of Dear Rhode Island, wears one of her many Rhode Island-themed T-shirts.

The Dear Rhode Island project was co-created by Jessica David and What Cheer Writers Club staff Jillian Winters, Jodie Vinson and Susannah Morse, with a goal of bringing Rhode Islanders together through the power of letter-writing.

PROVIDENCE – Looking for a way to create meaningful connections and brighten someone’s day in the process? Jessica David recommends grabbing a pen and paper, and committing yourself to a bit of snail mail.

The Dear Rhode Island project was co-created by David and club staff Jillian Winters, Jodie Vinson and Susannah Morse, with a goal of bringing Rhode Islanders together through the power of letter-writing. It’s an ongoing pen pal program connecting neighbors at a time when people need it most, especially in the midst of an ongoing pandemic.

In a special round of the initiative, Dear Rhode Island is partnering with Care New England, Prospect CharterCare and Thundermist Health Center for “Thank a Health Care Hero.”

David, of Providence, said that at the end of last year the group did another special round, partnering with local housing authorities and social service agencies to connect letter-writers with people who might be feeling especially isolated. More than 450 people responded, setting out to bring some handwritten cheer to those in need of a boost.

Upon thinking of other ways to activate the group of letter-writers, David said health care workers came to mind as a group that might need an uplifting gesture.

She said others may be at home, not bearing the same type of risks, thinking, “What can I do?”

In this round of the program, participants will register to be paired up with a hospital or health care facility and be asked to send a thank-you letter that will reach someone on the frontlines.

“Thank-you letters are also their own special category,” said David.

This round of writing will be a one-time letter, with no expectation for recipients to write back. The idea is not to put any undue burden on the already busy health care workers to feel they need to respond, said David.

Participants are invited to sign up by Saturday, March 20, at dearri.com/sign-up and will have until Thursday, April 15, to mail their thank-you letter. For more information, visit dearri.com .

David, who previously worked as executive vice president of Strategy & Community Investments at the Rhode Island Foundation, sees the importance of connecting people.

“What I missed when COVID hit was just the ability to be around people,” she said. “I found myself seeking opportunities to connect with people. Letters are a really powerful way to do that.”

She said there is something special about the time delay that comes with mailing letters. It becomes a reflective exercise with the waiting period. “(To) connect with someone and understand who they are and how they see the world … that’s a powerful experience,” she said.

Her passion for connecting Rhode Islanders, and for the state itself, is evident in conversation.

“I am a huge fan of the state. We have a lot of charm and strength and assets, and people doing good work,” David said.

She said at the Rhode Island Foundation she was able to see a great deal of that and has recently had more time to focus on making those local connections.

Fun fact demonstrating her love of all things Rhode Island: David has an extensive R.I. T-shirt collection. She said when the COVID-19 stay-at-home order first began, she decided to wear one Rhode Island T-shirt each day, and was able to make it past 30 days. Her still-growing collection of shirts can be viewed at jdinri.com/my-rhode-island-t-shirt-collection .

David also became known by her Twitter followers for spreading encouragement through a project she began in 2019, tweeting daily messages of inspiration, always closing with the phrase, “Chin up.” She’s since compiled them into a book.

David said the Dear Rhode Island project is a prime example of a small thing – the simple gesture of writing a letter – that puts something positive out into the world in a bigger way.

She said throughout this pandemic she has continued to be inspired by people doing amazing work.

“It’s made me much more thoughtful about looking at the community and where we can make it better.”