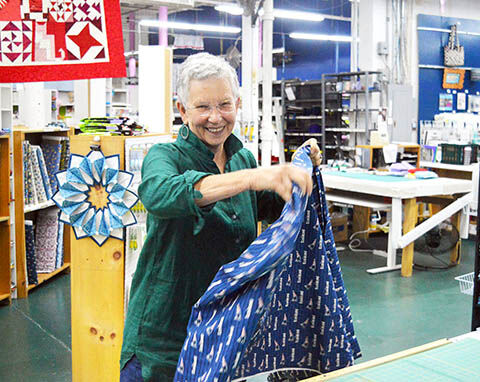 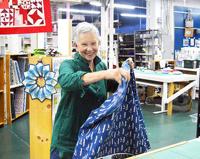 Pat Ryan, owner of Ryco in Lincoln, is preparing to retire and close up shop after 32 years. (Breeze photos by Nicole Dotzenrod) 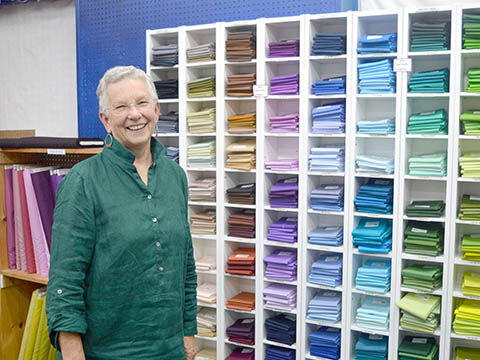 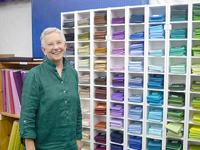 Pat Ryan, owner of Ryco in Lincoln, is preparing to retire and close up shop after 32 years. (Breeze photos by Nicole Dotzenrod)

LINCOLN – Another Rhode Island icon will soon be gone.

Ryco’s Creative Sewing Center is closing its doors after decades of operation on Carrington Street in Lincoln. Owner Pat Ryan, who built the company from the ground up, said she’s ready for retirement, but not quite ready to say goodbye to her customers and longtime employees who have been there from the start.

The history of Ryco is written on the walls of Ryan’s office. An advertisement cut from a newspaper states, “we survived again!” From hurricanes to fires, Ryco has seen it all.

Ryan pulls out a scrapbook, opening the cover to reveal a series of black-and-white photos taken at the beginning of her career. Between pages of yellowed newspaper clippings and magazine articles, dozens more photos help tell the story of Ryco’s rise and of Ryan’s professional life.

The tale begins on the evening of Jan. 21, 1983, when Pat Cornelius married Don Ryan. At the time, Don served as director of sales for Talon American, where Pat worked as director of marketing.

Pat was fired from her job three days later on a Monday morning. She and Don had broken company policy, which barred married couples from working in the same division.

“If you hang around here, you’ll meet other women my age or a little younger who had the same experience,” says the 72-year-old Ryan.

Within a few months, Don resigned from his position. The gears were turning, and the two were dreaming of opening their own manufacturing business. Fifteen months later, Ryco Trimming was born.

“We really liked working together,” she said. “Don had a background in manufacturing and sales, and I had the marketing and office work background. So, the pair made a good match.”

In the beginning, they had a single ruffling machine and one winder, used to create their very first product, a ruffled cluny lace trimming.

In 1989, the couple moved their young manufacturing business from Stamford, Conn. to its current home on the Blackstone River in Lincoln. If their plans came crashing down, they could always escape home to New York.

In her frank and honest way, Pat joked that they spent too much money on the aging building, which came with collapsed floors, no windows, layers of filth, and no working plumbing except for a toilet that was rendered unusable for two hours after every flush.

It was a labor of love transforming the historic, circa 1844 Lonsdale Bleachery building into a workable space.

“I think I spent that entire first week doing nothing but shoveling and sweeping this place out by hand,” she said. “We painted everything ‘Ryco blue.’ We just poured paint on the floors.”

A few months later, an employee stole the Ryans’ inventory to open their own store. Around the same time, the department store Zayre was on the brink of closure.

“They were a very large account and I was on the phone daily to beg them to pay the bill,” she said. Zayre would soon declare bankruptcy, bringing Ryco’s manufacturing business to a grinding halt.

Cash-strapped and quite upset, the Ryans put their inventory into an unused section of the building, installed a doorbell, and placed an ad in The Valley Breeze announcing a new retail area.

“Customers would ring the bell and Christina (Searles) would get up from her winding station and make her way over to the store to meet them,” Ryan said. “That’s how the retail started.”

The slow decline of manufacturing coincided with steady progress in the retail industry. Ryco didn’t sell much fabric in the beginning, focusing on trims and ribbons.

Over the years, the Ryans’ small retail store grew into something much larger. Today, the entire factory space is filled to the brim with colorful textiles and sewing supplies.

Don retired around 2000, but Pat opted to stay on.

As the advertisement in Pat’s office states, the business has survived a series of unforeseen trials and tribulations, including multiple floods and a devastating fire in 2013 that destroyed the building a few feet away from Ryco.

While many of the historic red-brick mill buildings around Ryco have begun to crumble, Ryan has remained a steadfast advocate for the future of her building and the former Lonsdale Bleachery complex.

“It’s a beautiful spot down here,” she said.

She said she always believed in the reuse potential of the riverside property, and still does. But her time as its champion is coming to an end as she looks for a buyer.

Shoppers bustled around the store last week, some stopping to chat with Pat. Those who had heard about her impending retirement offered congratulations while lamenting the loss of their go-to supplier.

When Ryan paused to cut a piece of fabric for a regular and shared the news of her retirement, the longtime customer appeared as though she may cry.

Ryan has mixed feelings about leaving. It’s the end of an era for her and her group of faithful employees. Ryan said the hardest part was making the decision, and breaking it to her team.

“There’s nothing more selfish-feeling than telling your employees that you’re retiring and that they’re out of a job,” she said. “It was the hardest decision to make.”

Retirement is a bittersweet life change for Ryan, whose business helped inspire local crafters for generations.

“It’s something of a Rhode Island classic,” she conceded, adding that she’s been mobbed since announcing her retirement plans.

She said she expects to close up shop around the first of December. Everything in the store, down to the shelves and racks, must go.

Upon her retirement, Ryan said there’s a lot she’d like to do, such as visiting the Scituate Art Festival and RISD Art Museum for the first time.