Skip to main content
You have permission to edit this article.
Edit
Home
News
Sports
Lifestyle
Opinion
Obituaries
Public Notices
Classifieds
Jobs
About Us
1 of 5 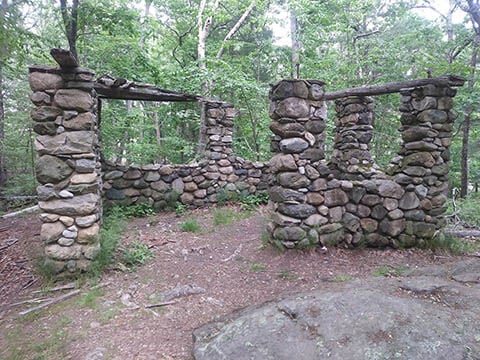 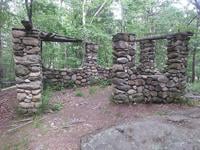 Remnants of an old stone shelter by the Civilian Conservation Corps at Lincoln Woods. 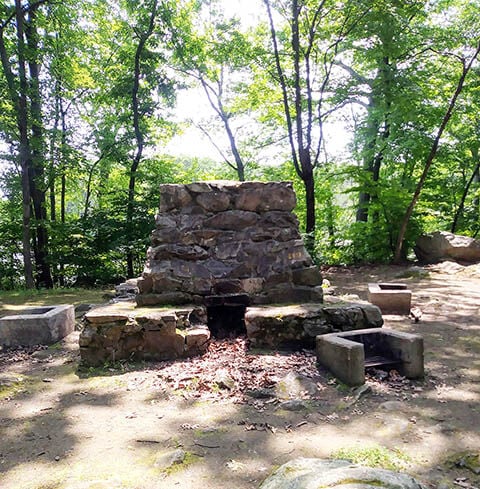 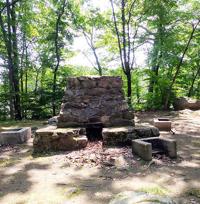 This fireplace at Lincoln Woods was built by the men of the CCC. 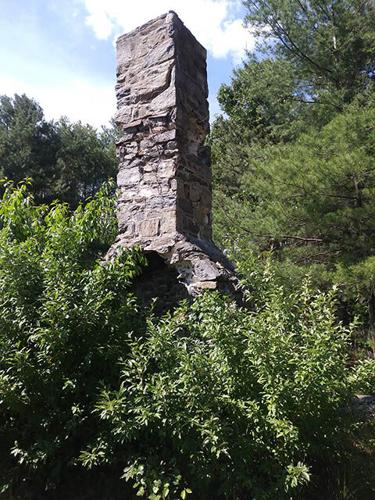 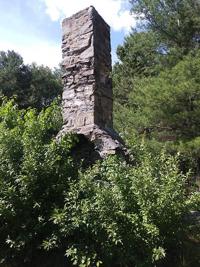 An old fireplace is all that remains of Camp Primrose in North Smithfield. 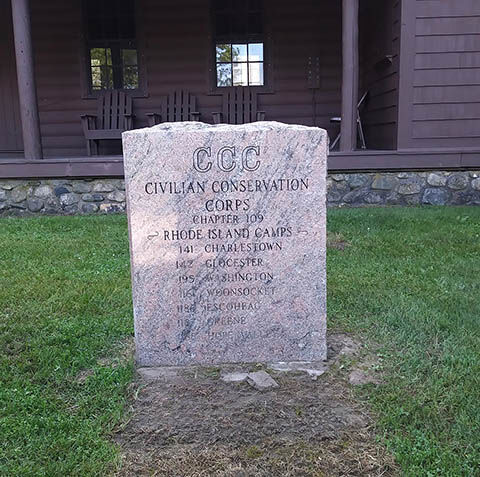 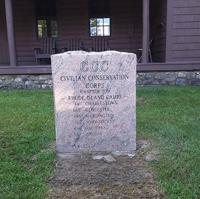 A plaque at the George Washington State Park pays tribute to the Civilian Conservation Corps. 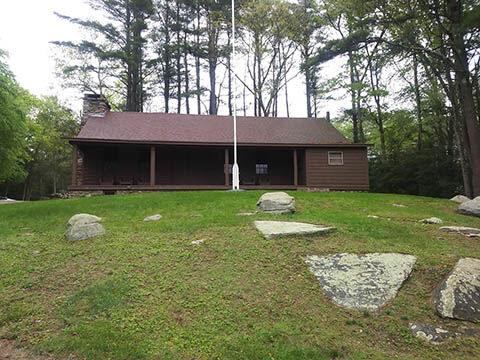 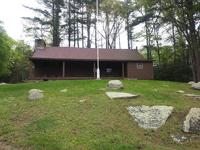 This recreation building built by the CCC is still in use at George Washington State Park in Glocester.

Remnants of an old stone shelter by the Civilian Conservation Corps at Lincoln Woods.

This fireplace at Lincoln Woods was built by the men of the CCC.

An old fireplace is all that remains of Camp Primrose in North Smithfield.

A plaque at the George Washington State Park pays tribute to the Civilian Conservation Corps.

This recreation building built by the CCC is still in use at George Washington State Park in Glocester.

The younger Caisse, who lost his father when he was young, has spent years researching those contributions by the CCC, learning that these unemployed young men were not only able to use the money they made to keep their families from starving during the Great Depression, but contributed greatly to the landscape across the state, including many locations in northern Rhode Island.

The CCC, which had camps in North Smithfield and Foster, as well as George Washington State Park, did a lot of work in Foster, Glocester, North Smithfield, Lincoln, Cumberland and North Providence, he said. Traces of the CCC’s work can be seen in old fireplaces at Lincoln Woods State Park, a fireplace on a farm on Black Plain Road in North Smithfield, and a recreation building on a pond in Glocester. A hiker might still find a stone pool or platform in a remote area of northwestern Rhode Island.

Many trails across the area still in use today had their beginnings with the men of the CCC.

“They did a lot of fine work that’s still out there,” said Caisse, an East Providence resident who’s written a number of articles on the work of the CCC in Rhode Island.

In other spots, such as the Peter Randall Park in North Providence, nearly all evidence that the group ever did work here is gone.

During the depths of the Great Depression, FDR got the Emergency Conservation Act passed by Congress, which in turn created the CCC. The public work relief program operated from 1933 to 1942 for unemployed, unmarried men.

The program, which served as an economic stimulus, began to reverse years of harm and neglect to our forests, rivers, lakes and prairies, said Caisse. More than 3 million men served nationally, 15,000 or more of those from Rhode Island.

The formation of the CCC and the work it accomplished set the foundation for the Greatest Generation and World War II, said Caisse.

“It shows to me that one man in history can make a difference,” he said. “It just strikes me as a shame that people don’t know more about it.”

Caisse said he doesn’t see too many people jumping at the chance to preserve this kind of history, so he’s more than happy to do the task.

Among the many camps in Rhode Island was Camp Primrose in North Smithfield, also known as the Woonsocket camp. Its official designation was Company 1161 and was located on the old Cesario Farm on Black Plain Road. It was situated near the old Primrose Train Station, which was part of the Providence and Springfield Railroad. That camp was created in August of 1935.

“Though relatively short-lived, they accomplished a lot and were recognized for their work,” writes Caisse.

Their first trail built was the Black Plain Trail to their own camp. That was followed by the Whortleberry Trail and the Fire Tower Trail to gain easier access to the Woonsocket Fire Tower. They also built the Dynamite Trail to their magazine building in a remote spot at their campground.

In December of 1936, they completed work on the Diamond Hill ski run and toboggan slide in Cumberland. Among the other work they completed was the roadwork, fireplaces and stone shelter at what is now Lincoln Woods State Park, as well as the Peter Randall State Park off Smithfield Road in North Providence.

Camp Primrose was named top camp in the fourth CCC district, which comprised all of Rhode Island and southeastern Massachusetts.

To many, the CCC represented hope. One Primrose enrollee, Phillip O’Donnell, gained some national recognition by winning a national CCC contest with an essay entitled, “What the Civilian Conservation Corps has done for me.” He went to New York City and was interviewed on a national radio program and then it was on to the White House to meet FDR.

Toward the end of 1937, the Primrose men were transferred to the George Washington Camp in Chepachet and their camp was shut down in a national cutback.

“Alas, all that remains today of their camp is a lonely chimney,” said Caisse.

George Washington work included timber stand improvement, the building of truck trails for firefighting, waterhole construction and blister rust eradication (tree disease) all over the state. With the creation of the Woonsocket Camp (Primrose), George Washington enrollees then concentrated on the northwestern part of Rhode Island.

The George Washington camp was noted for creating innovative bookkeeping and educational programs for enrollees and the public conducted at an educational building they built on the shore of the Bowdish Reservoir in Glocester, which is still there today and is still used for community groups.

In 1936, enrollees built a 20-foot model of their camp which was sent to sportsmen’s club conventions in major cities. Their work in 1937 included 40 miles of truck trails and thousands of waterholes for firefighting, along with gypsy moth eradication.

Camp Greene, also known as Mt. Vernon, Company 1187, was called Greene because that was the nearest post office.

During the Foster company’s short existence, workers cut brush, hauled gravel and built roads, among them the Approach Road and Old Road Trail and built water holes for fighting forest fires. They helped with the eradication of gypsy moths and blister rust infestation.

Though the camp didn’t stick around long, its existence has been preserved nicely by the Foster Historical Society, said Caisse, which depicts a collage of pictures about it and includes a camp layout typical of all CCC camps.

Camp Greene went into service in 1935 and it was closed in 1937. It was located on the former campgrounds that now are the Woody Lowden Recreation Center in Foster. Nothing exists of the original camp.

Though the Civilian Conservation Corps was probably the most popular of the New Deal programs, there was a national cry to cut spending and two of Rhode Island’s six CCC camps were slated to be closed, Mt. Vernon in September and George Washington in December 1937. There were projects at Camp Washington that had not been completed and so the Primrose group was transferred there to complete them so they were the ones who actually closed the Washington camp.

In 1940, the state acquired a lease from the federal government for what is now the Casimir Pulaski State Park and Peck Pond in what is now the Glocester-Burrillville line. The remaining enrollees built a 4.5-mile road from Washington to the Peck Pond recreational area where they built a bathhouse, parking area, picnic areas, latrines and picnic grounds.

In May of 1941, one last group of CCC men worked at Camp Washington until its final closure at the end of that year.

Check your email for details.

Submitting this form below will send a message to your email with a link to change your password.

An email message containing instructions on how to reset your password has been sent to the e-mail address listed on your account.

Thank you. Your purchase was successful.

A receipt was sent to your email.

This offer is currently unavailable.