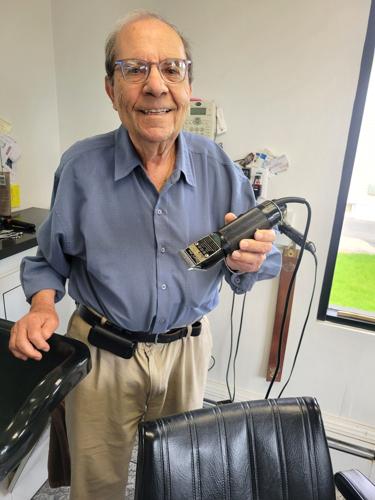 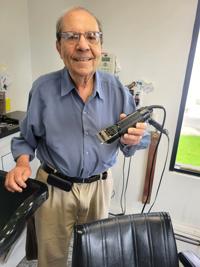 Vito Paglia, owner of Vito’s Hair Salon on Smith Street, is still cutting hair at 84 years old. He enjoys making wine in his basement, too. 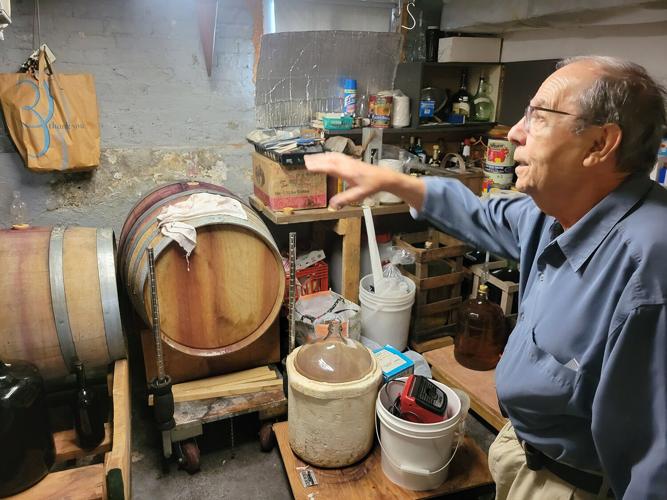 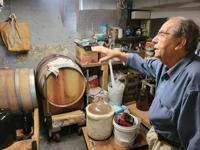 As a side hobby, Paglia makes wine in his basement.

Vito Paglia, owner of Vito’s Hair Salon on Smith Street, is still cutting hair at 84 years old. He enjoys making wine in his basement, too.

As a side hobby, Paglia makes wine in his basement.

NORTH PROVIDENCE – Vito Paglia says he isn’t a heavy talker, but he doesn’t have to be. Now some six decades into his profession of cutting hair, he learned a long time ago that it’s all about listening.

Why, he says, would you want to dive into something controversial such as politics when you can just smile and nod and perhaps move on to something more pleasant?

“You listen and be quiet,” he said.

Paglia, now age 84 and a lifelong North Providence resident after moving here from Italy at the age of 17, says he has no intention of quitting the haircutting business. He’s not maintaining the same schedule that he once did, he told The North Providence Breeze, and his knees aren’t what they once were, but he still loves it.

On the wall of Vito’s Hair Salon, 1747 Smith St., Paglia proudly displays the results of his side gig: making great wine for friends and family. He presses the merlot grapes himself in the cellar and makes his trademark cabernet sauvignon, which took a gold medal in the cabernet category for the 2017 Wine Maker International Amateur Wine Competition.

Paglia has been cutting hair at 1747 Smith St. for the past 24 years since purchasing the current property, and previously had salon locations at Bryant University and on George Waterman Road.

He says he developed a love for cutting hair as a youth, learning from his cousin in Italy. After coming to the U.S. in 1953, he would attend hairstyling school and meet his wife.

Asked what makes him popular with people of all ages, Paglia is his usual succinct self.

“I give them a good haircut, a nice style for each individual,” he says, adding that he has many longtime customers who know exactly what they want. “I’ve always had nice customers over all the years,” he said.

The Oregon Avenue resident will celebrate his 60th wedding anniversary with wife Delores this fall. His four grown children all enjoy drinking wine, he said, and he loves being able to serve his wine when they’re over.

The cellar wine operation is his true pride and joy, including the climate-controlled storage area where he keeps the filled bottles.