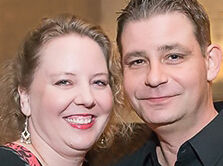 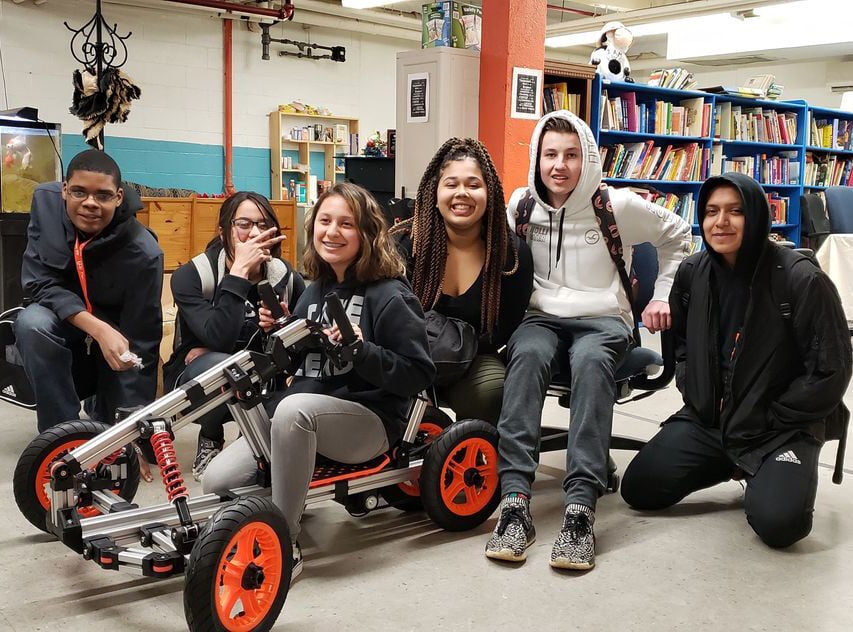 Center for Dynamic Learning students from Pawtucket build go-karts for a project. Students taking classes at the center gain skills for their future through hands-on experience.

Center for Dynamic Learning students from Pawtucket build go-karts for a project. Students taking classes at the center gain skills for their future through hands-on experience.

PROVIDENCE – The Center for Dynamic Learning is a nonprofit organization providing students who are not on track to success in their home high school with hands-on learning opportunities to get them there.

The goal is to prepare students for college and careers through teaching them workforce skills in science, technology, engineering, arts, mathematics and manufacturing classes.

Kevin Cunha, director of CTE, career readiness and workforce development for the CDL,  began the organization in the early 2000s with his wife Beth, the current executive director of the center in Providence.

Prior to becoming an educator for the CDL, Cunha worked as an engineer and scientist. Despite not being a certified teacher, he said he believes his skills and background benefit the program and students.

“A lot of the kids I work with have behavioral issues, some of them have ankle bracelets, they get in a lot of trouble, and I was that kid growing up,” Cunha said. “So I work really well with them.”

Cunha said when a student gets in trouble in high school, teachers will typically send them to the principal’s office for disciplinary action. That is often where the CDL steps in.

Cunha said working with troubled teens and helping them turn their lives around is what he loves the most and what he believes is the most important aspect of the CDL.

He said that he empathizes with the students due to him having a similar personal history. He said that if it were not for an engineer giving him a chance to work with him, he would not be where he is today.

“I was always getting in trouble, and I think I got arrested 12 times when I was a kid,” Cunha said. “When I met these young kids and they were always in trouble, I realized they were just like me.”

The CDL works with students from all over Rhode Island. Cunha said that the school receives a lot of support from elected leaders, including Pawtucket Mayor Donald Grebien, who he said is one of his biggest supporters.

“We’re working with kids from everywhere, Pawtucket, Woonsocket, Providence, you name it. I was recently on the phone with Don Grebien, and we have a lot of his kids in our program,” Cunha said. “He said that he thinks what we are doing is great and is so happy we are able to support Pawtucket students that are not on track to be successful in the future.”

Cunha said that 95 percent of students that attend the CDL end up attending college post graduation. Of that percentage, some 95 percent graduate college, a number that remains in the upper tier when compared to similar organizations, he said.

Giovanni Santiago, a Pawtucket native and former student of Cunha’s, said working with Cunha was a rewarding experience that gave him many opportunities and skills he will be able to use out of high school.

“It was nice being able to learn hands-on, and I’m very grateful I was able to go through this program,” Santiago said. “It was a great learning experience.”

Cunha said that at the end of the day, he knows the Center for Dynamic Learning is providing students with valuable skills for their future and becoming successful citizens.

“A part of being in our program is you have to promise you will give back,” Cunha said. “It doesn’t matter if you are in a chemistry program or mechanical engineering program, if it’s snowing you go shovel out an elderly lady next door’s driveway. I want them to do a great project, I want them to help the world, I want them to be better than society.”