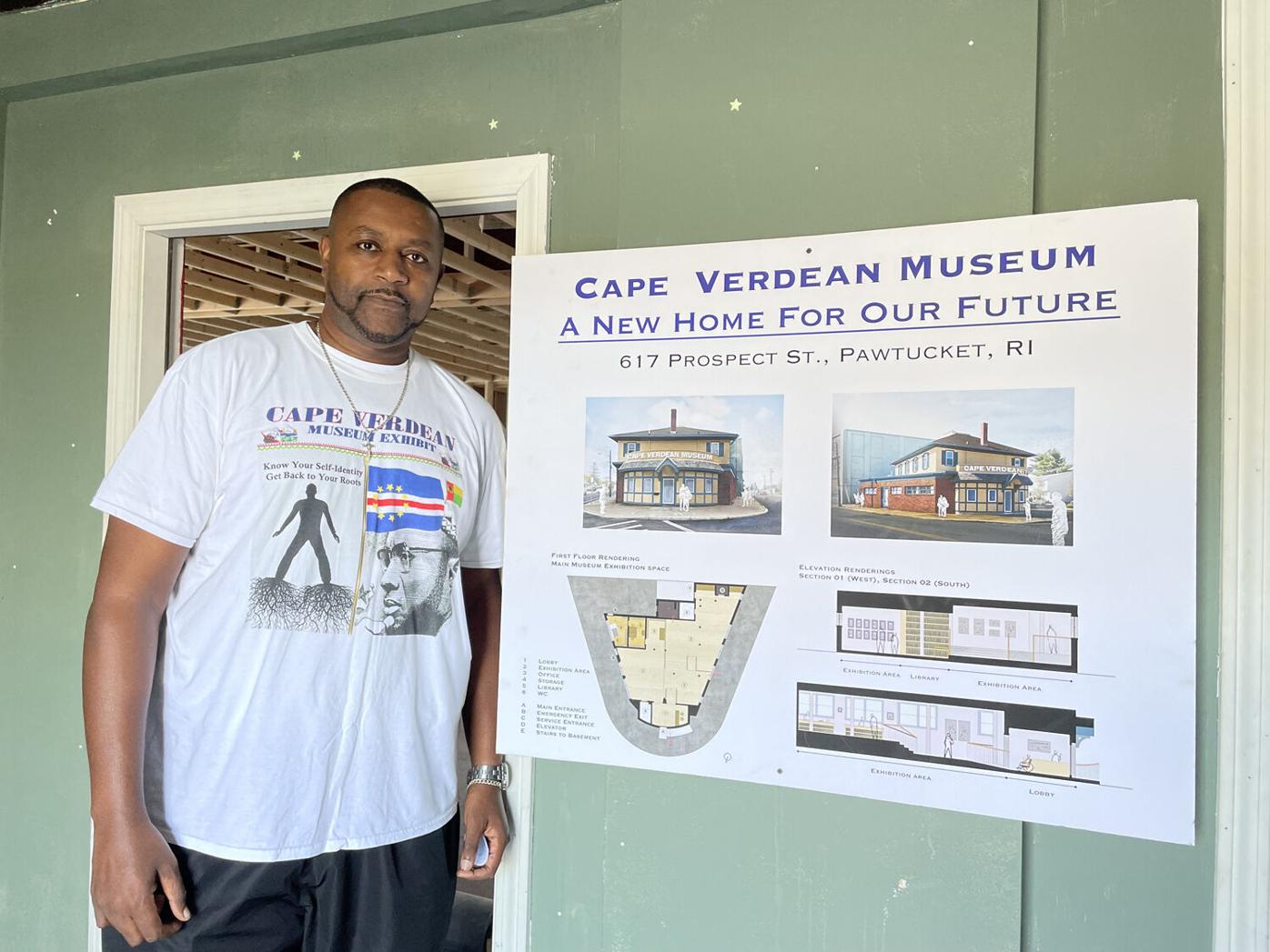 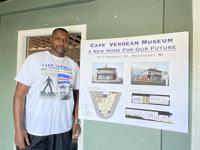 Jose DaMoura, president of The Cape Verdean Museum, which is moving to a new location at 617 Prospect St. in Pawtucket. 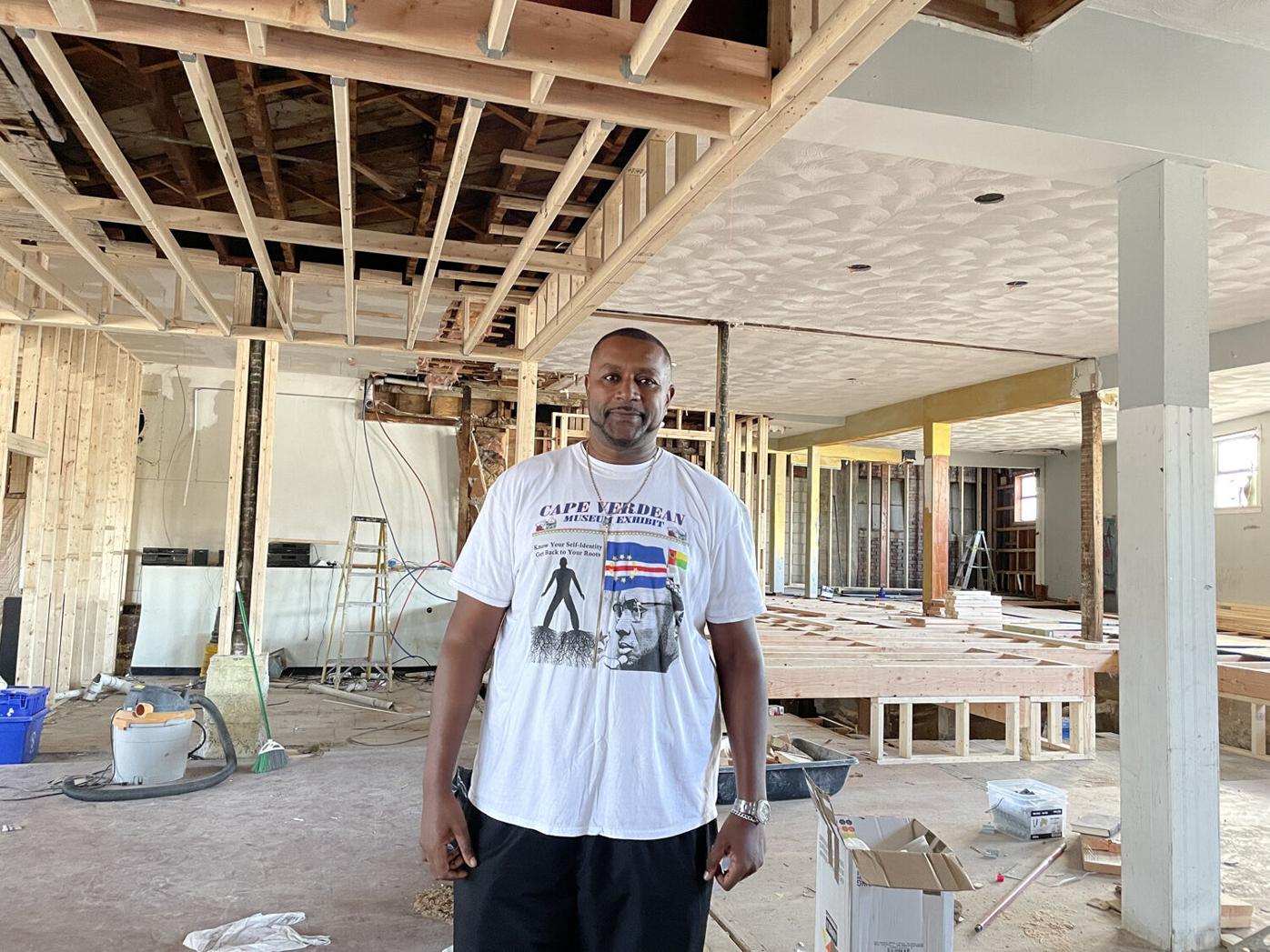 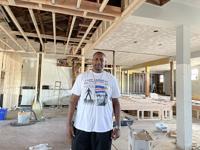 Jose DaMoura, president of The Cape Verdean Museum, which is moving to a new location at 617 Prospect St. in Pawtucket, inside the new space, which is currently being renovated. 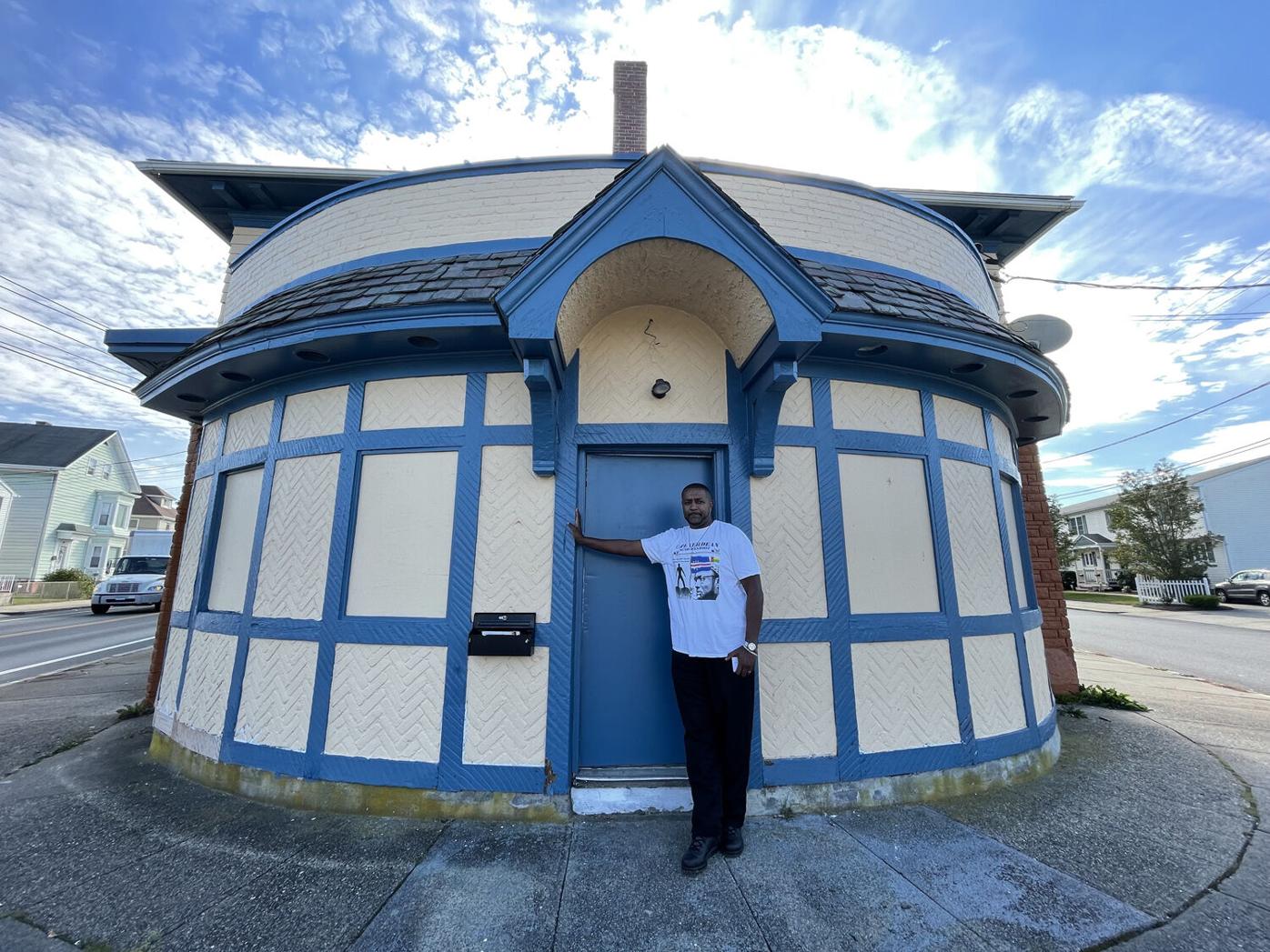 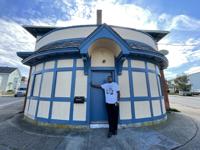 Jose DaMoura, president of The Cape Verdean Museum, which is moving to a new location at 617 Prospect St. in Pawtucket, outside the new space, which is currently being renovated.

Jose DaMoura, president of The Cape Verdean Museum, which is moving to a new location at 617 Prospect St. in Pawtucket.

Jose DaMoura, president of The Cape Verdean Museum, which is moving to a new location at 617 Prospect St. in Pawtucket, inside the new space, which is currently being renovated.

Jose DaMoura, president of The Cape Verdean Museum, which is moving to a new location at 617 Prospect St. in Pawtucket, outside the new space, which is currently being renovated.

PAWTUCKET – The city of Pawtucket will soon be home to the country’s first museum dedicated to celebrating the culture and history of Cape Verdean-Americans, say leaders of the museum currently located in East Providence.

“We need to be in the center of the Cape Verdean community, which is Pawtucket,” Jose DaMoura, president of The Cape Verdean Museum and a Pawtucket resident, told The Breeze inside their new space located at 617 Prospect St. in Pawtucket. “Most people think we’re just starting (but) we’ve been open for 16 years.”

The Cape Verdean Museum, currently located at 1003 Waterman Ave. in East Providence, opened in 2005. The nonprofit institution, dedicated to celebrating the history and culture of Cape Verde and Cape Verdean-Americans, was first founded in 2000.

After purchasing the building on Prospect Street in April for $180,000, DaMoura said they’re hoping to finish renovations and open the space by mid-2022. The two-story building, which is 100 years old, is currently being renovated, and floors were in the process of being redone last week during a visit by The Breeze.

When finished, the first floor will serve as the museum and will feature a library, while the second floor will offer space for events, programming, art exhibits, and more, DaMoura said. The new building, at 4,800-square-feet, is four times larger than the current location, and once finished it will be open year-round, he added.

The larger space will allow the museum to showcase more of its collection, host special events and add new programs. New additions will include exhibits focusing on the history of Cape Verdeans in Northern Rhode Island and Cape Verdean Jewish history, a section showcasing traditional weaving from the islands and a space for contemporary artists, among others.

The main goal of the museum is to educate the Cape Verdean community and the greater public and to share the beautiful story of Cape Verdeans in the U.S., said DaMoura, who has a background as a teacher and librarian. “We see the new Cape Verdean Museum becoming a community space where you can find everything from musical performances to citizenship classes to historical exhibits that inspire young and old alike,” he said.

The museum’s current exhibits explore the islands of Cape Verde, located 400 miles off the coast of West Africa, from early European colonization and the slave-trade era to the nation’s current political and cultural life. The history is told through 16th- and 17th-century maps, documents and rare pieces recovered from shipwrecks, as well as recent artwork, textiles and ceramics.

The museum is also dedicated to the story of Cape Verdean-Americans with displays that follow the migration of people to the U.S. as whalers and seasonal cranberry pickers, as well as packet ship passengers settling in Fox Point, Rhode Island and New Bedford, Mass., states a press release.

To finance the museum’s move, its board of directors launched a capital campaign last November, which has brought in $140,000 toward their goal of $300,000 so far, DaMoura said. In addition to donations from the Cape Verdean community, the museum has received $8,000 from the Rhode Island State Council on the Humanities, $5,000 from the Felicia Fund and a two-year $50,000 grant from the foundation of a Rhode Island family.

“We’re positive the community will support us to the end,” he said. To donate, visit www.capeverdeanmuseum.org .

“Today our city is a better place because of the people of Cape Verdean heritage who have brought a rich culture, foods and festivals to Pawtucket and Rhode Island,” Mayor Donald Grebien said in a statement. “This is why we are so excited to hear that the Cape Verdean Museum has chosen our city to be its new and permanent home. My administration is committed to help fund and advocate for the museum wherever possible.”

Museum leaders have been renting space in East Providence, but now that they own property, they’ll be eligible to apply for grants and funding, DaMoura said. “This is what we’ve been needing,” he said.

“I’m super excited,” he added. “The whole board is excited about this.”

The museum can help put Pawtucket more on the map, he said. Since opening in East Providence, they’ve had visitors from 34 states and many countries, he noted, adding that he hopes the museum helps build Pawtucket up.

“This is a community effort,” he said.

People don’t realize how long Cape Verdeans have been a part of the diversity of Rhode Island and how these hardworking people have contributed to the culture of the state, and Massachusetts too. I think this museum will help get that story out and really become a great place for kids to learn about our Afro-Lusophone connection, and others from outside the community.

I’m looking forward to the new space and all these interesting events! Thank you!

Where will all the visitors park?

There is no parking at all for the building.

No parking on Prospect St or Beverage Hill Ave. The side streets are already overly crowded.