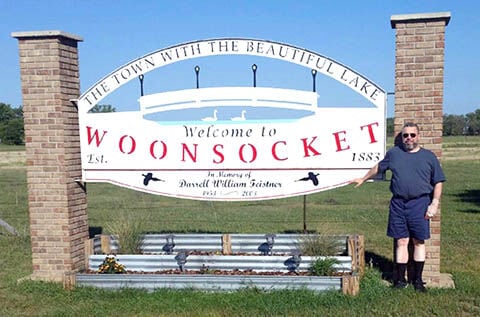 Richard Bouchard poses with the “Welcome to Woonsocket” sign in Woonsocket, S.D. 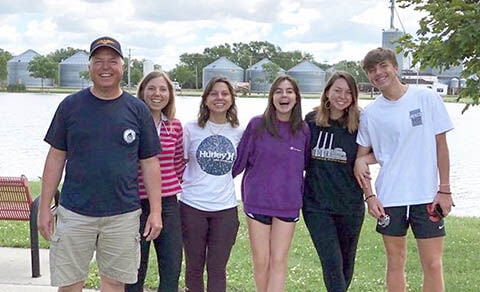 The Judson family, including Valley Breeze reporter Abigail Judson, second from right, is pictured on the shores of Lake Prior in 2020. Pictured with her from left are her father, Kevin, and siblings Sarah, Caroline, Genevieve and Nathaniel. 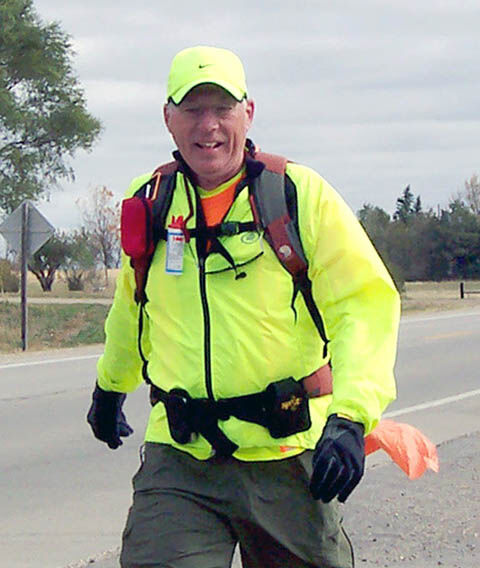 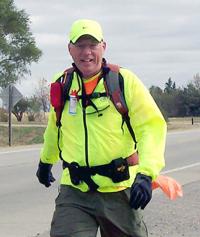 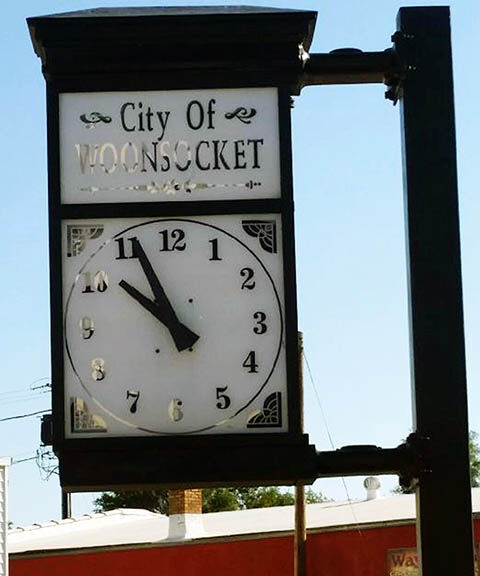 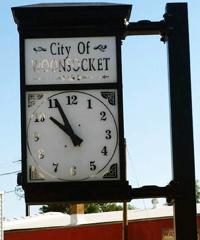 Richard Bouchard poses with the “Welcome to Woonsocket” sign in Woonsocket, S.D.

The Judson family, including Valley Breeze reporter Abigail Judson, second from right, is pictured on the shores of Lake Prior in 2020. Pictured with her from left are her father, Kevin, and siblings Sarah, Caroline, Genevieve and Nathaniel.

WOONSOCKET – There isn’t much in the way of tourist attractions in Woonsocket, S.D., a small farming town in eastern South Dakota about two hours from the Minnesota border.

By the latest census estimates, the town’s population of 639 places it in the mid-size range for the rural Midwest, where some communities might have as few as a dozen residents. Its biggest events include a water festival on the Fourth of July and an annual melon festival in the town next door.

But for those living in its sister city in New England, Woonsocket, S.D., holds a strange fascination that has led more than one Rhode Islander to make the pilgrimage west over the years.

Richard Bouchard became the latest Rhode Island resident to join that group when he and a friend stopped off in Woonsocket on a multi-week road trip across the Midwest earlier this month. The Woonsocket, R.I., native said he’d wanted to visit the sister community since learning about it in elementary school.

“It’s always been a lifelong thing just for the curiosity factor,” he said. “There is nothing really but farm country for easily 70, 80 miles in every direction, other than Route 90.”

The two communities share more than a name. In 1883, Woonsocket, S.D., was incorporated at the junction of the Chicago, Milwaukee and St. Paul railroads. The superintendent of the railroad at the time, a man named C.H. Prior, named the new city after his hometown of Woonsocket, R.I.

Bouchard said he and his friend spent time walking around the community’s downtown, centered around Lake Prior, and found several similarities to their city back home. An old-fashioned clock in Woonsocket, S.D., bears a close resemblance to the McCarthy’s clock on Main Street. The town’s only Catholic church, St. Wilfrid’s, has brick architecture that Bouchard said reminded him of Holy Family and Precious Blood Churches.

He was also interested to learn from a sign that Woonsocket, S.D., was founded in 1883, officially predating the city of Woonsocket, R.I., by five years. While Woonsocket Falls had been a mill village on the Blackstone River for several decades, the city was not officially incorporated until 1888.

“That’s half the fun of actually going to the places and being there and seeing it for yourself,” Bouchard said.

Valley Breeze reporter Abigail Judson also traveled to Woonsocket, S.D., with her family during a road trip last summer. Judson, along with her father, Kevin, and four siblings, had originally planned to travel to France but instead took a road trip through the Midwest due to the COVID-19 pandemic. Along the way, they stopped in Woonsocket, where they quickly made friends with the local residents.

“The people were super nice, some of the kindest people we met on our trip. Very personable,” Judson said.

They visited the town library, which is located inside the town’s only school, and got a tour around Lake Prior from the local librarian. They also tried chislic, a South Dakota specialty of skewered red meat, and visited the offices of the Sanborn Weekly Journal. Staff members took their photo, and an account of the trip was later featured in the town newspaper.

“It was a very small town,” Judson recalled. “Everybody knew everybody.”

In 2012, Bill Fagan of Gaskill Street brought the interactions between the two communities to a new level when he walked the 1,700 miles to Woonsocket, S.D. from Rhode Island. The trek, done in segments over three years, gained media attention in both states and was the start of a lifelong relationship with the people of the town, Fagan said this week.

“When I retired, I always wanted to do a long walk and I thought that maybe I would do the Appalachian Mountain Trail from Georgia to Maine. That was not really something I wanted to do, but I was looking for another long walk,” he said.

Fagan decided against hiking the Appalachian Trail and instead set out for the town he’d grown up hearing about. He walked between 20 and 30 miles every day, staying in hotels and catching flights home between segments.

In 2012, as he approached his final destination, he called the town administrator to let the town know about his journey. On Oct. 4, 2012, the entire student population of Woonsocket, S.D., lined the streets to welcome him with music and cheering as his family looked on.

“They presented me with the keys to the city. We had family that had flown out from various parts of the country,” he said.

Fagan has stayed in touch with residents of the South Dakota town and had a chance to show one family around Woonsocket, R.I., when they visited New England for the Boston Marathon. Two years ago, he and his wife, Janice, returned to South Dakota by car to retrace his route and present a book of photographs of his journey.

“They opened their hearts to us and made us feel welcome. We’ll have a lifetime relationship with them,” he said.

Judson said her family has also stayed in touch with residents they met in South Dakota. Her grandparents, she said, still receive the Sanborn Weekly Journal to their house.