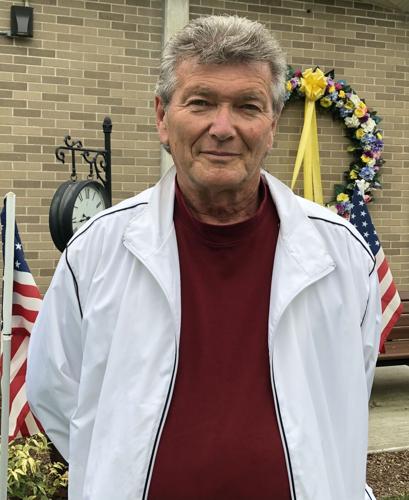 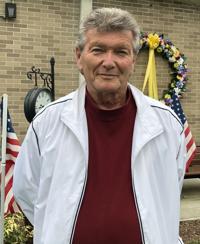 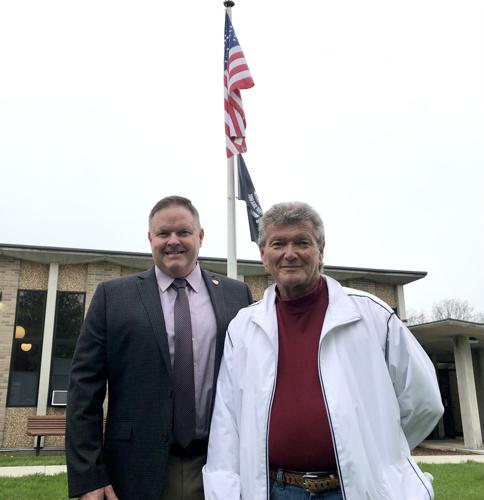 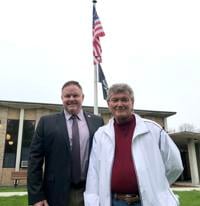 “Every veteran in town gave their time to serve their country, and deserves the honor of being grand marshal,” Fox told The Breeze. “It’s a great honor to be chosen.”

Fox was raised on Harris Avenue by parents Eugene and Madeline Fox alongside his siblings, Marion and Gregory. He graduated from the Sacred Heart Academy in Central Falls in 1965.

Two years later, at age 19, he faced a weighty decision.

“You had your choice. You wait to be drafted, join the military, or run to Canada,” he said. On St. Patrick’s Day, 1967, Fox chose to enlist in the U.S. Army. When he arrived at Fort Jackson in South Carolina for boot camp, he had no idea what to expect.

“That first day, you go from a kid to a man in a hurry,” he said. After three months of basic training, he went to Fort Belvoir in Virginia for nine months of advanced training.

He was shipped off to Central Vietnam during the Tet Offensive, a coordinated series of attacks by the North Vietnamese carried out against South Vietnam beginning early in the morning on Jan. 31, 1968.

“Any military there during Tet were called First Survivors,” Fox explained, noting that Tet is the Vietnamese Lunar New Year celebration.

“On this holiday morning, more than 100 cities and outposts were attacked. In Saigon, a suicide squad penetrated and briefly held U.S. embassy grounds. Fighting was fierce. Throughout Vietnam, servicemen fought to survive,” he said.

Fox’s 24-day journey to Vietnam from the U.S. was treacherous. His ship was caught in a typhoon 26 miles from land. Then, after seven months in Vietnam, he was scheduled to rest and relax in Bangkok when the plane caught fire 20 minutes into their flight.

“I looked out and the whole wing was on fire. I looked down and it was all water,” he said. They made it back safely, and he departed on another plane to Singapore, but to this day he’s still hesitant to travel by plane or boat.

Upon his return to the U.S., Fox was promoted to sergeant and received the Army Commendation Medal for leadership in combat.

He faced another choice: becoming a drill instructor, or military police. He chose the latter.

“That might have been the wrong choice. I was put in charge of the stockade at Fort Leonard Wood, Missouri,” he said.

A riot broke out at the stockade after Martin Luther King Jr.’s assassination, Fox said. Buildings were burned down, and military police were tossed out of windows.

Reflecting on his time in the military, Fox said the Vietnam War was a “crazy, one of a kind” war, where the enemy was “ever-present, yet often invisible.”

It was a tough transition home, and the Vietnam veterans were not greeted with celebrations.

“When I came home, I knew things weren’t right. They told us not to go out in uniform. I figured it was an Army rule,” he said. “I remember it being very cold, but it wasn’t until years later that I realized how bad it was.”

Upon his return to civilian life, Fox began working in construction, owning Larry’s Lincoln Auto for 26 years. He has served as a Lincoln Water Commissioner for the last eight years, and volunteered with the Memorial Day Parade Committee for 12 years.

Fox married his wife, Patty D’Alfonso Fox, in 1972. They share a son Eric, who is married to Meg and has two sons of his own, Tanyon, 17, and Keian, 14. Tanyon will be driving his grandfather in the Lincoln Memorial Day Parade.

Ed and Patty, with the help of veteran Joe Buss, raised more than $13,000 to build a Vietnam Veterans Memorial at the Lincoln Senior Center. On May 21, 2011, Armed Forces Day, several hundred people gathered for the memorial’s dedication.

“More than 400 people showed up for that dedication, most of them Vietnam veterans,” he said. “I cried, they cried … it was touching.”

Fox said the upcoming parade will be another proud day for his family. Again, he said every veteran in town deserves the chance to serve as grand marshal.

If you see someone in uniform, “shake their hand and thank them for their service,” he said. “That’s all they ask for.”

Town Administrator Phil Gould said Fox has been “one of the pillars of the community for a long time and a strong advocate for veterans, being one himself.”

“He’s given back to the community in so many ways, including the parade. His family is part of the glue that holds that thing together,” Gould added. “Eddie and his wife and family are always the first volunteers in and the last ones out. He’s been the go-to guy for a long, long time, and to bestow the honor of grand marshal to Eddie is a joy.”

Lincoln’s Memorial Day Parade will start around 11 a.m. on Monday, May 30 off Higginson Ave., ending at Chase Farm Park.