Northern Elementary School, pictured in the 70s when it first came online, is celebrating its 50th birthday. 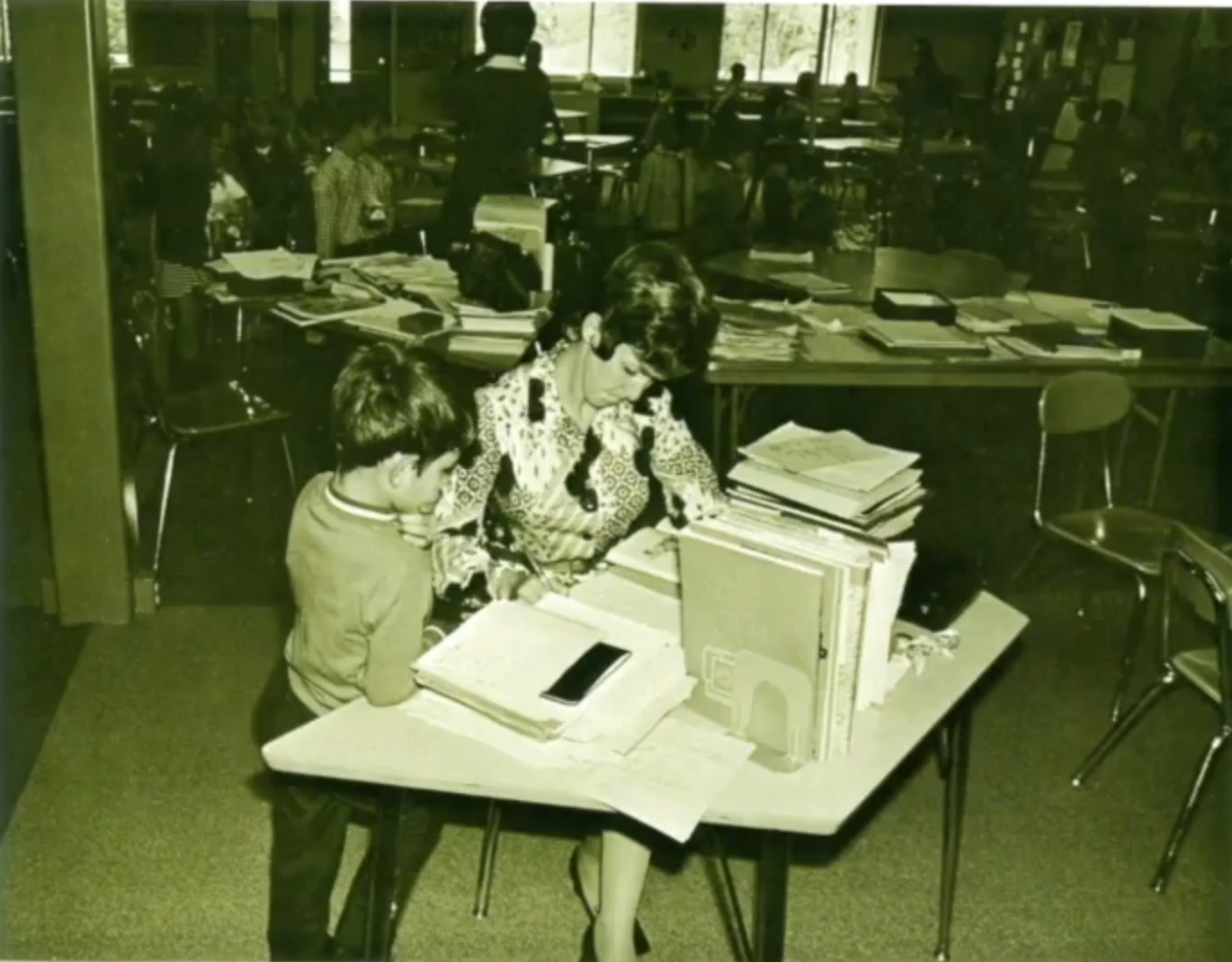 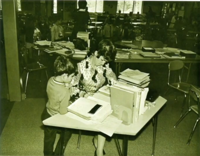 Third-grade teacher Claudette Gouin works with a student during the early days of Northern Elementary.

Northern Elementary School, pictured in the 70s when it first came online, is celebrating its 50th birthday.

Third-grade teacher Claudette Gouin works with a student during the early days of Northern Elementary.

LINCOLN — When Northern Elementary School was established 50 years ago, the goal was to design a school that would house an experimental form of education, focused on team-teaching and small group instruction.

The open library was the focal point of the school, and surrounding classrooms were large, shared spaces with multiple classes occurring at once.

The “facility for contemporary education” cost $891,400 to build, and opened for the first time in September 1971.

Former students and teachers returned to the school last week to celebrate its 50th birthday, sharing memories, photographs, old assignments and student projects, and submitting artifacts for a time capsule to be kept at the school.

Nancy Murphy remembers the open classrooms well. For two years while the new school was being built, she taught at St. James School, before moving into Northern.

The school was barely completed when they moved there, and Murphy and other teachers remember their students sitting on rolled-up carpets, as the furniture hadn’t been delivered yet.

There was an oversized kindergarten class taught by Joyce Motte, and three large “centers” of education, each with six classrooms separated by rugs of different colors, rolling blackboards and bookshelves.

“When we wanted to meet in large groups in the centers, we just moved the bookcases,” Murphy said.

Was it distracting to teach a group of students with three other classes occurring in the same room? Murphy, who taught in center A, said her fellow teacher Dale Ryan compared it to a restaurant.

There are multiple conversations happening at once, but you’re not paying much mind to that “if you’re interested and involved with what’s going on at your table.”

She remembers quieter mornings and more rambunctious afternoons as the children studied music, art and other specials.

Among her favorite memories at Northern was the Coming to America performance the school put on with 1st- and 2nd-graders.

“The children all came into school dressed in costumes having to do with their ethnicity,” she said, remembering two redheaded students who wore Irish cable-knit sweaters despite the heat of the day.

“We did a lot of things with the students every year,” she said.

Malenfant is a 2nd-grade teacher at the school, and was a member of the school’s first 1st-grade class in 1971.

She also remembers the open classrooms, and spoke about how the school has changed over the years, starting with the elimination of that experimental concept of teaching. An addition was added to the campus in the ‘90s.

Artifacts gathered by Malenfant paint a picture of Northern’s growth over the decades, and she said her own students loved seeing the old pictures of their school.

Wednesday’s event began during the school day, when students wearing “Happy Birthday” sunglasses listened to ’70s music, blew bubbles, and watched a slideshow about 50 years at Northern. Malenfant’s class made birthday cards for the school.

Later in the evening, the school opened to former students, staff and teachers for tours. A video slideshow is available to watch at http://bit.ly/HappyBirthdayNorthern.