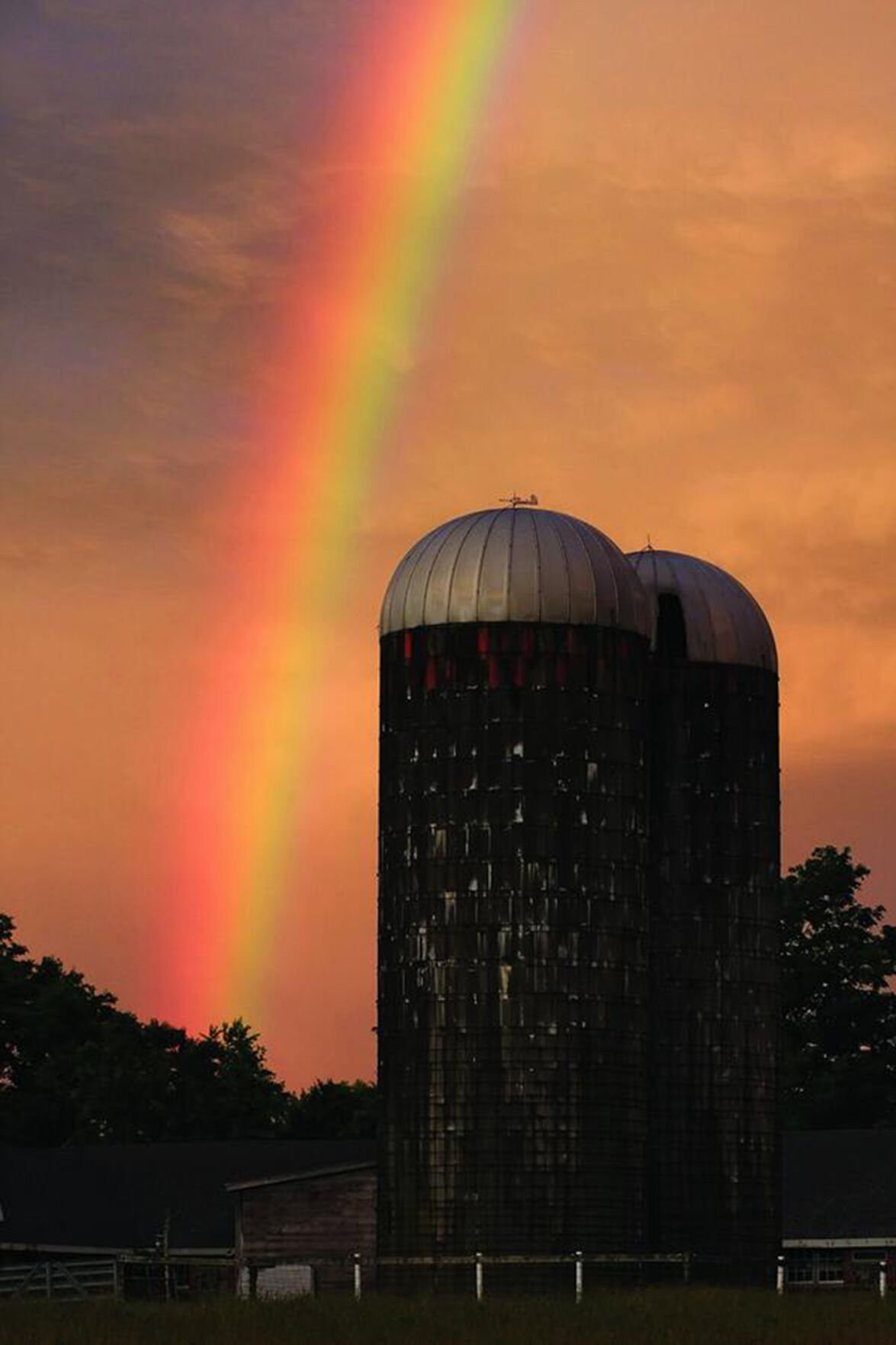 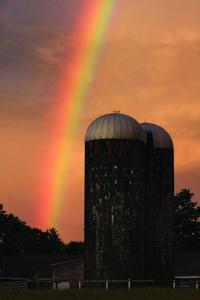 The Butterfly Farm silos, pictured here with a rainbow over them a few years back, are a deteriorating local landmark, and their owner is now raising funds to fix them. 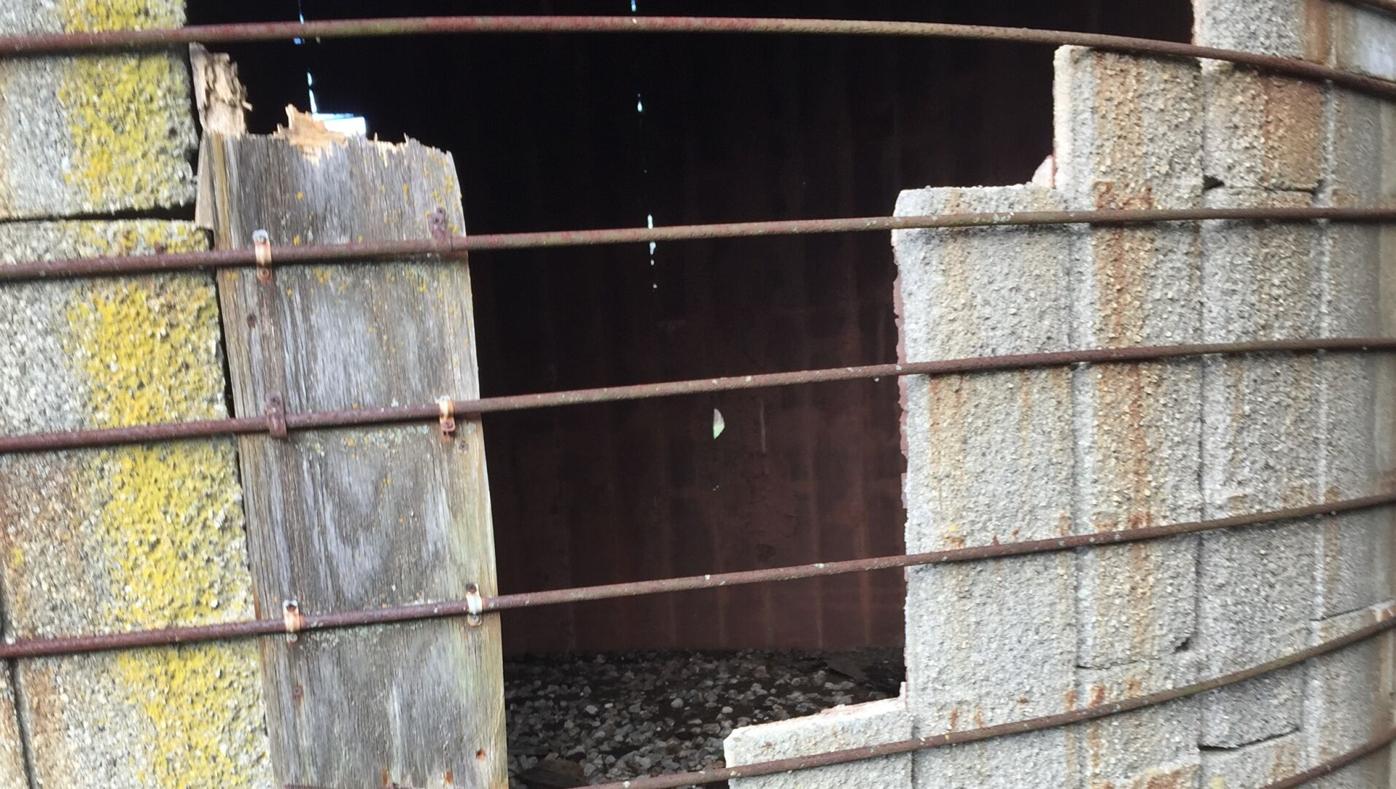 A close-up of one of the deteriorating silos at Butterfly Farm.

The Butterfly Farm silos, pictured here with a rainbow over them a few years back, are a deteriorating local landmark, and their owner is now raising funds to fix them.

A close-up of one of the deteriorating silos at Butterfly Farm.

LINCOLN — Two of the last remaining relics of Lincoln’s agricultural past are at risk, and the community is rallying to help.

The “twin silos” of Butterfly Farm are a local landmark, drawing visitors to historic Great Road to photograph the structures. They’re the backdrop on the town’s official website and were featured on Lincoln’s annual Christmas ornament one year.

The towers date back to the 1950s, when the farm at the corner of Great Road and Dexter Rock Road was home to dairy cows.

The dairy operation at Butterfly Farm began around 1915, when the land belonged to the Sayles Bleachery. Later, the farm was sold to the Chase family and combined with their property nearby. In its heyday, 100 Holstein cows were milked there every day to meet the community’s dairy needs.

In the late 1960s, the dairy industry began to decline and the herd was sold. The farm passed to Gilbert Smith, and remained in the Smith family until 2016.

Dan Flynn has been its owner for the past five years or so, bringing new life to the property. Today, the farm offers Christmas trees, fresh flowers and vegetables, hayrides and other festivities, and dog obedience and agility courses at Twin Silos Kennel. While there are no longer dairy cows at Butterfly Farm, it’s home to Hereford cattle, horses, sheep, goats, hens and chickens. It is also a popular wedding and photography venue.

Along with the decline of dairy farms came the slow disappearance of silos. Storage silos have been razed across the country as the aging structures fall apart.

There are few like Lincoln’s twin silos left standing, at least in the Blackstone Valley. Though they’ve remained a constant symbol, towering over the farm for decades, the Butterfly Farm silos have begun to deteriorate under the weight of time, sitting empty since 1979. The large American flag that once waved prominently between the two silos fell more than a decade ago.

Last week, Flynn posted a GoFundMe to the farm’s Facebook page, looking to garner support for fixing the silos. The structural repairs will cost between $25,000 and $30,000, Flynn said.

Within a week, the fundraiser is more than one-third of the way toward its goal, bringing in more than $13,300 as of Tuesday.

While Flynn said he knows Lincoln is a supportive community, he’s been overwhelmed by the outpouring of donations in one week.

“I wasn’t expecting to see those numbers,” he said. If they’re able to meet the goal, he said, the silos will be made structurally sound and be given a fresh coat of paint, appearing exactly as they did in the 1950s when they were erected.

He’s also committed to re-raising the American flag between the silos, which has served as the backdrop for many wedding photos.

“Everyone is waiting for the flag to return,” he said, noting that it’s been more than a decade since it’s flown there. A cable snapped on the original flag, causing it to “smash up against the silos in the wind.”

The more pressing issue is the structural integrity of the silos. In addition to several holes in the side walls of the structures, Flynn said a piece of the left silo broke off several years ago, crashing down inside.

“When I came home, the small hole had tripled in size,” he said.

Flynn said a contractor hired to assess the state of the towers said that “they’re in the worse shape they’ve seen as far as silos.”

“Most places would have torn them down,” he said. And, while he no longer has a use for them on the farm, he recognizes their iconic value. “We’re trying to preserve the history.”

To support the cause, search “Save Our Silos” on GoFundMe, or write a check to Butterfly Farm toward the silo fundraiser.