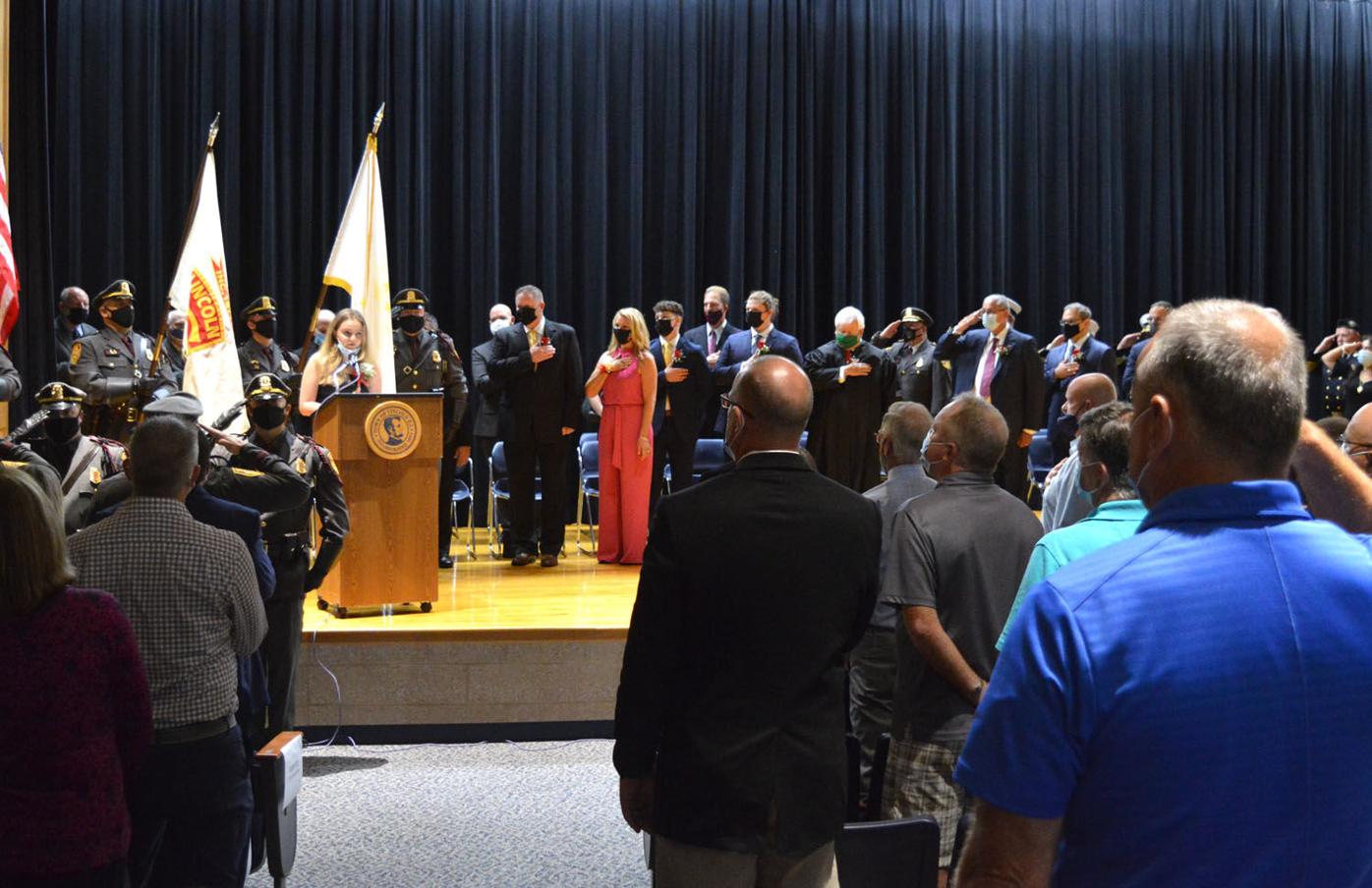 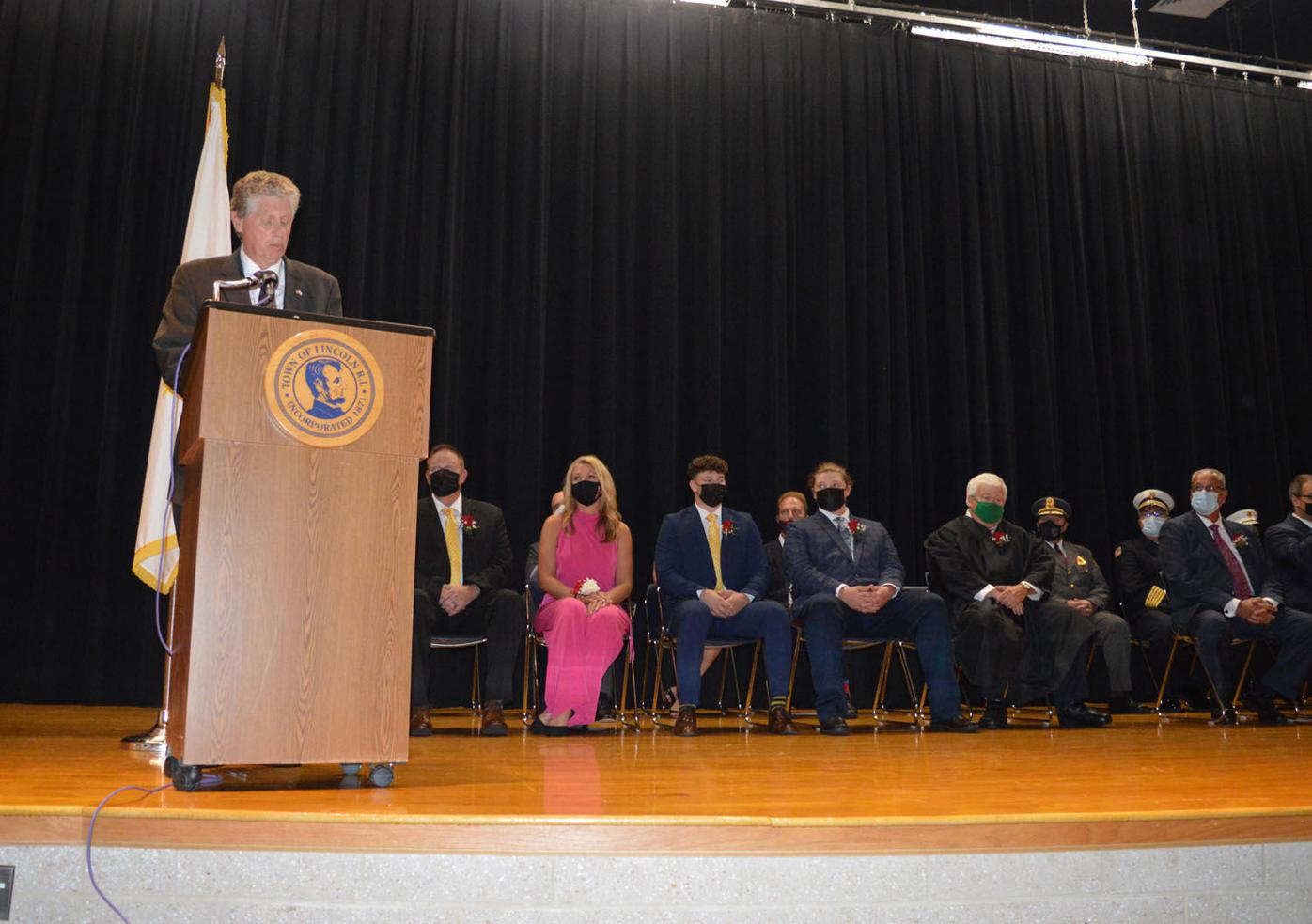 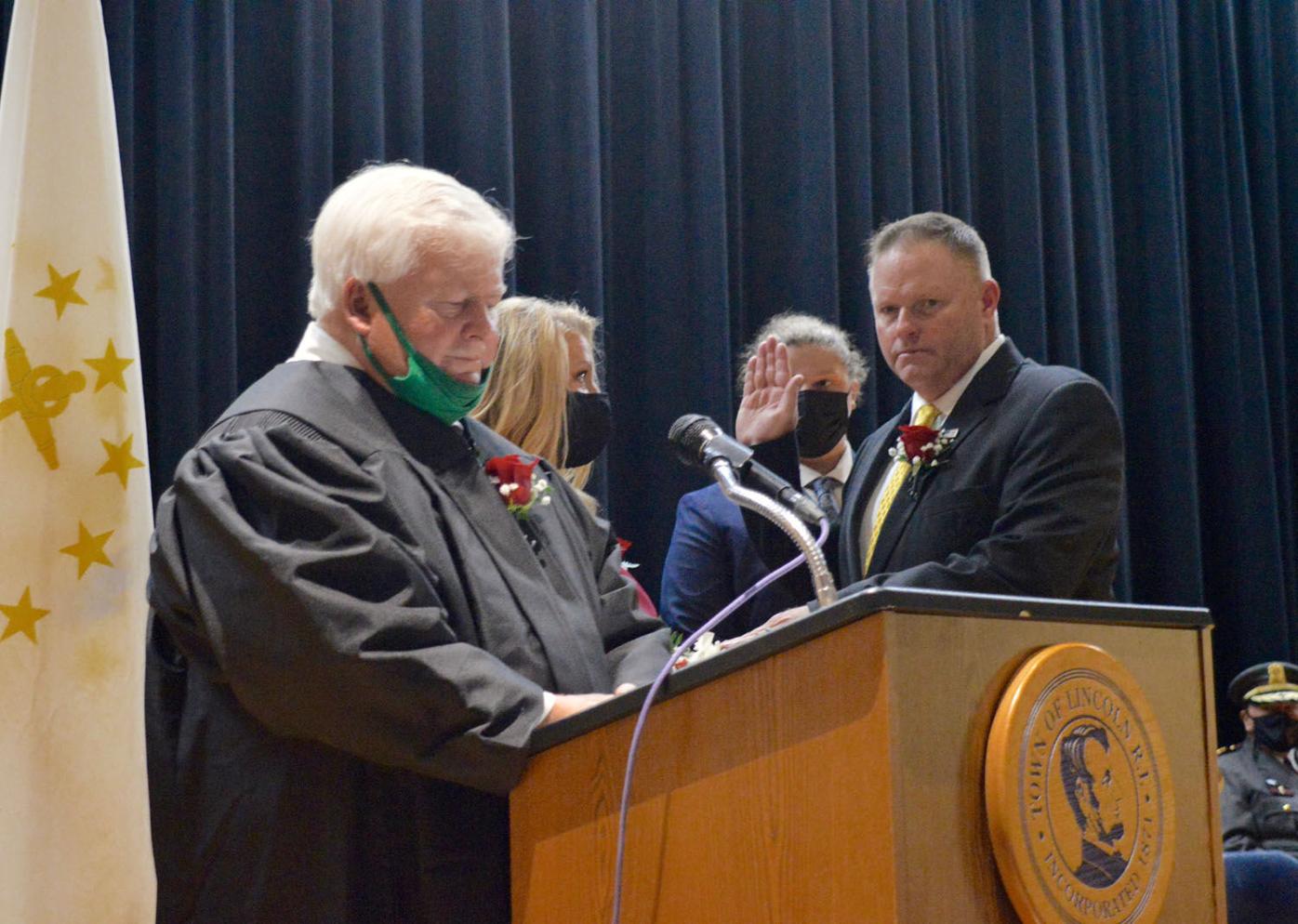 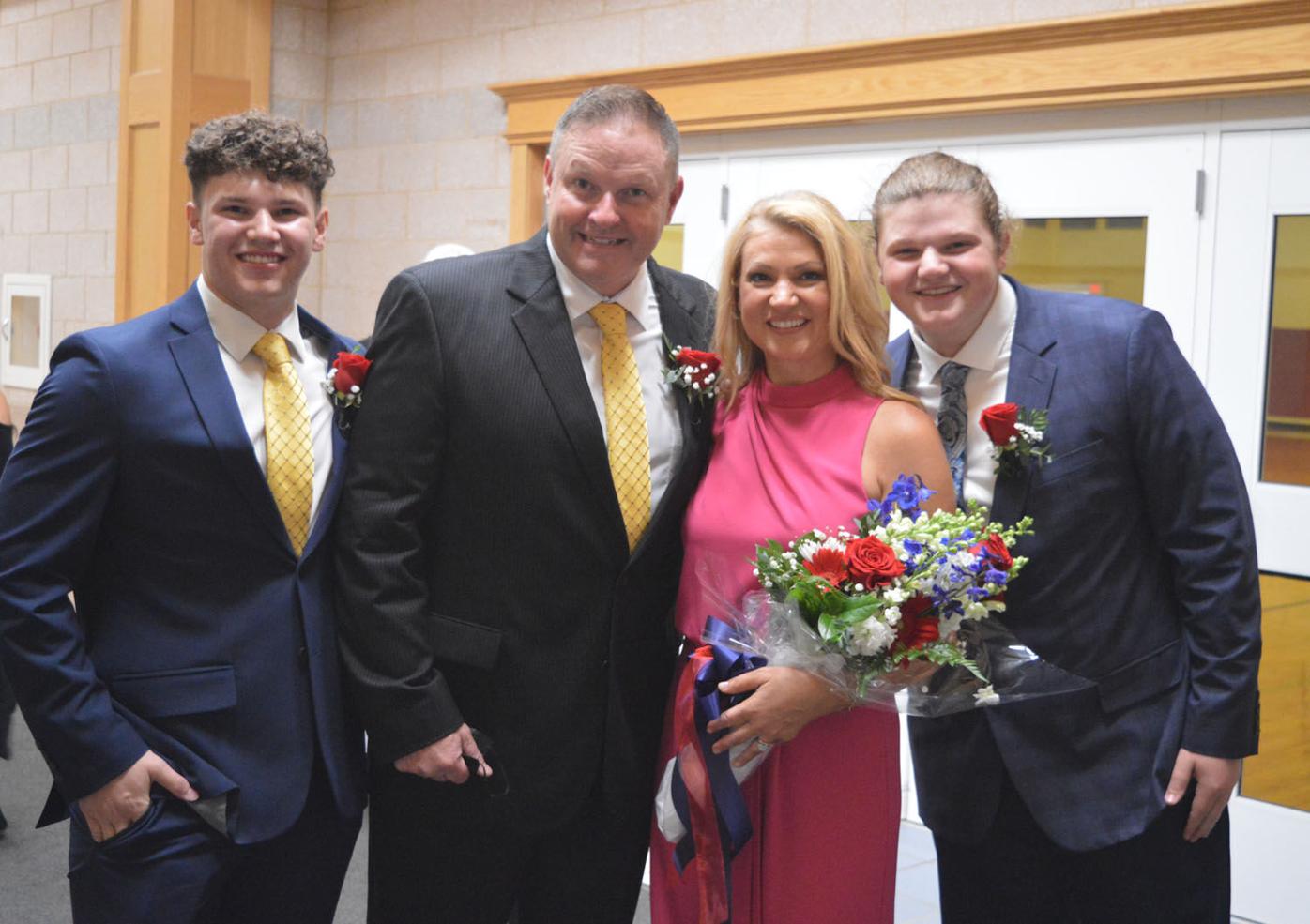 Philip Gould with his wife, Jill, and their children, Aidan, left, and Reagan.

Philip Gould with his wife, Jill, and their children, Aidan, left, and Reagan.

With his wife Jill holding the Bible, and his sons Aidan and Reagan by his side, Gould was sworn in by R.I. Superior Court Associate Justice William Carnes.

The success of the town “will never come down to just one person,” Gould said, promising to continue to collaborate with others in the community for the betterment of Lincoln. “I’m looking forward to taking my place on the field with the rest of the team.”

Addressing attendees, Gov. Dan McKee said Gould is a “hard worker who is dedicated to his family, community and town.”

“He’s loyal to Lincoln and his people. and that will pay dividends,” McKee said, telling Gould he’s backed by a team of past and present mayors and municipal leaders who have a record of working together to solve problems.

Many officials were in attendance, including former Town Administrator Joseph Almond, who is now McKee’s deputy chief of staff, and mayors from other local communities.

“My advice is to stay connected with these local leaders,” McKee said, adding that his door remains open to Gould.

Gould thanked Sen. Thomas Paolino, among other elected officials, for attending, saying, “it shows a lot” for his opponent in the race to offer him support. He also thanked Almond, saying he never imagined 26 years ago when Almond was his shift lieutenant in the Police Department that he would be taking over Almond’s former position one day as town administrator.

Once again, Gould thanked Chief Brian Sullivan for his service filling in as administrator. Speaking to McKee’s comments, he said he’s looking forward to drawing on the knowledge and experience of other local leaders in his new role.

Gould grew emotional when he spoke of his wife, a woman he called his rock.

“Words can’t express the love and support you’ve given me over the last 21 years and during this campaign,” he said, adding that Jill would be a “spectacular first lady.”

He then paused to pass her a bouquet of flowers, also thanking his mother and father, Jill’s mother, his two brothers (Gould is a triplet), and his sister-in-law and campaign manager Joyce Burlingame.

“Keep that ‘How to Run a Campaign’ book handy … we’ll need it next year,” he said.

To his campaign team, he said, “You put in so much work to make this happen,” urging them to rest up. “Go with Gould 2.0 is right around the corner.”

Finally, Gould thanked the voters, saying their support has been “humbling and overwhelming.”

“Rest assured, I’m not done earning your confidence,” he said.