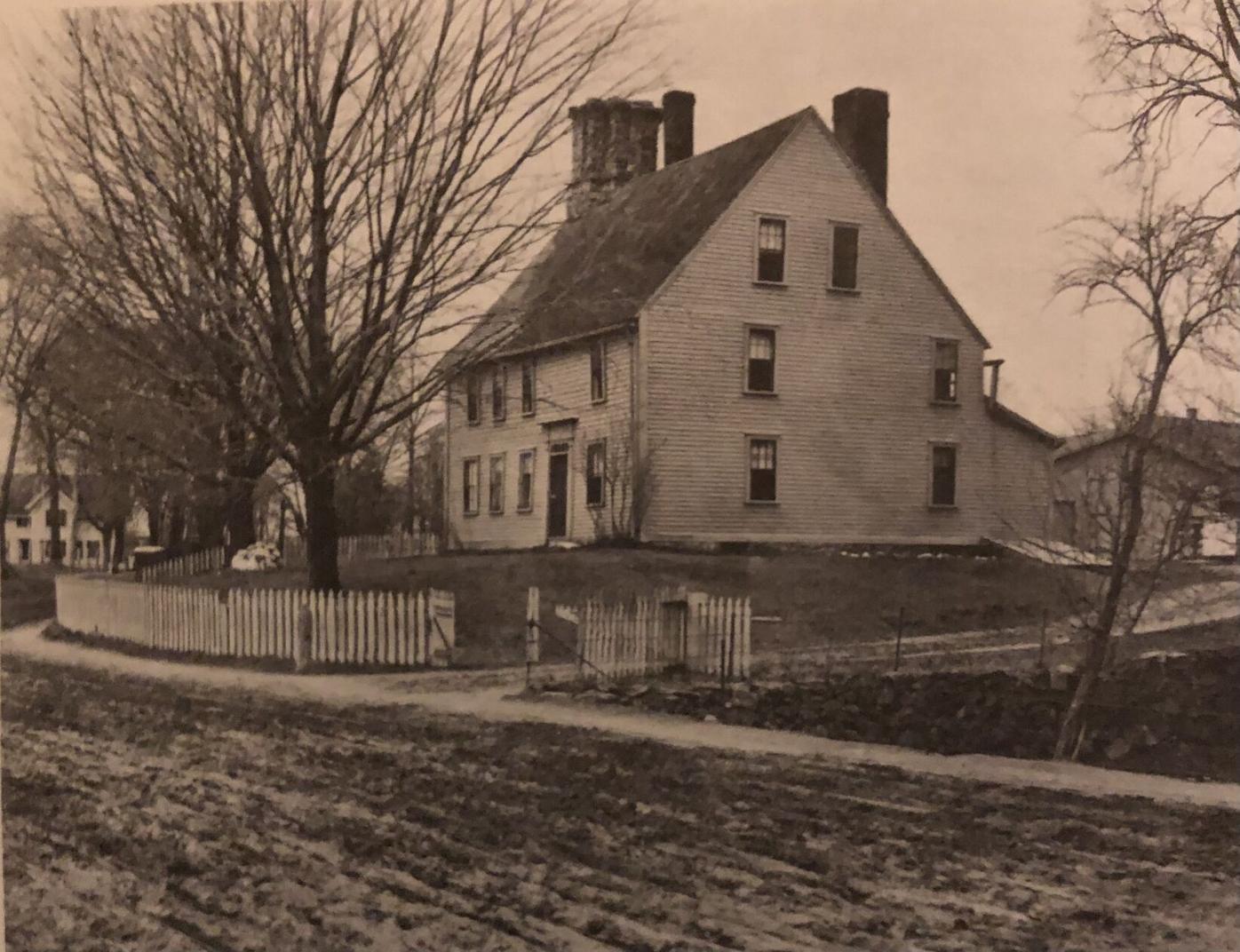 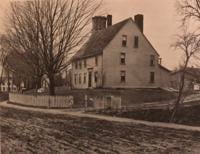 Great Road’s Eleazer Arnold House in 1906, prior to restoration. 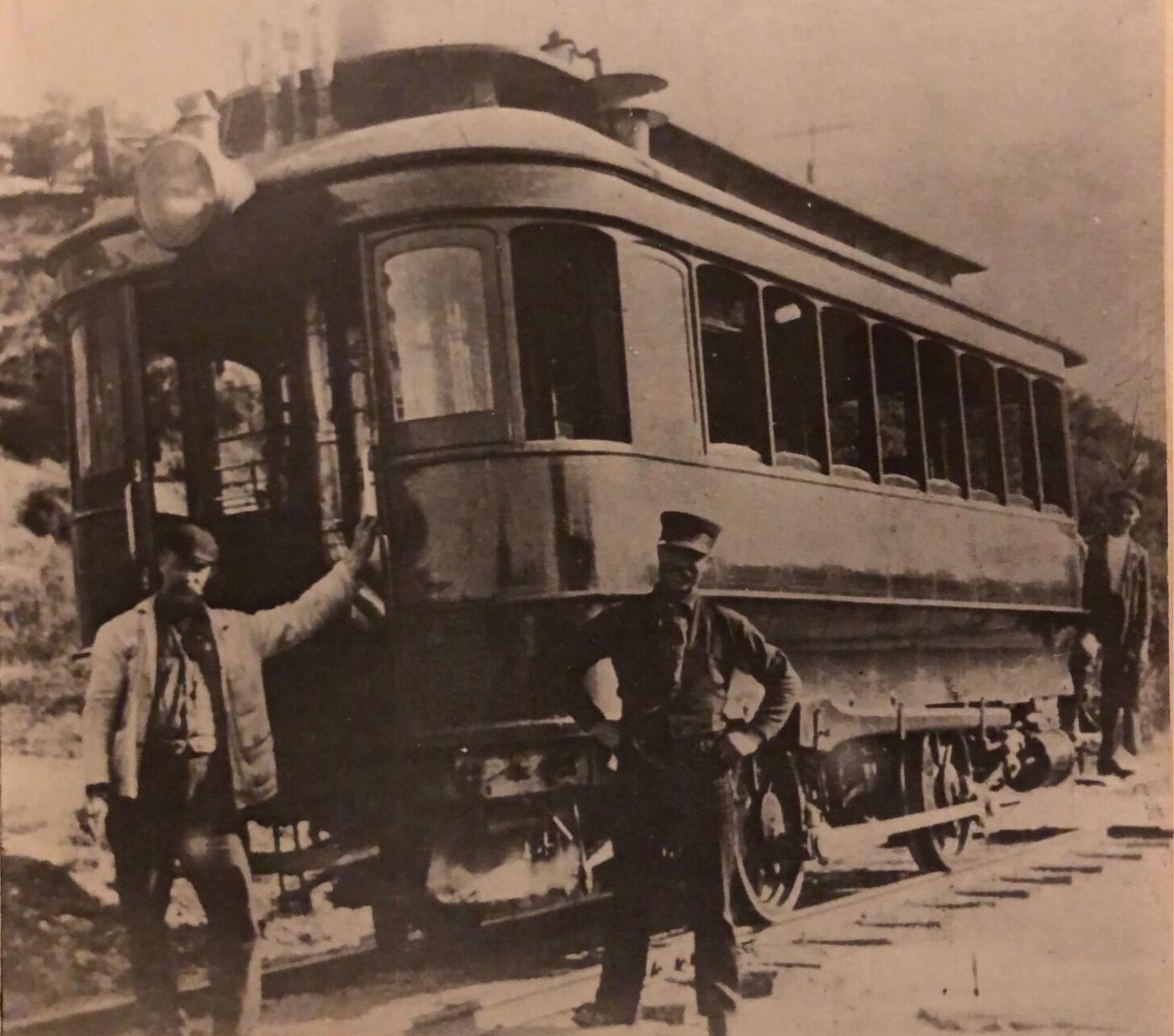 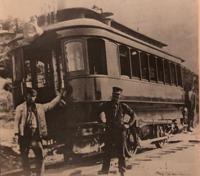 The crew of “The Dummy,” a self-propelled trolley that once linked Saylesville to Woodlawn in Pawtucket, pictured around 1890.

Great Road’s Eleazer Arnold House in 1906, prior to restoration.

The crew of “The Dummy,” a self-propelled trolley that once linked Saylesville to Woodlawn in Pawtucket, pictured around 1890.

Note: This is the fourth installment in a multi-part series covering the history of Lincoln in commemoration of the town’s 150th anniversary.

LINCOLN — The landscape of Lincoln has significantly transformed since its early days as a community, but thanks to preservation efforts, many of the 150-year-old community’s oldest buildings still stand today as a physical reminder of the town’s rich history.

You don’t have to look too hard to find signs of Lincoln’s past, from historic cemeteries nestled between colonial homes to original stone walls; the town has managed to retain many of its historic characteristics.

Our tour of these historic sites will begin on Great Road, one of Lincoln’s best-preserved corridors. “The Great Road to Mendon,” as it was then called, predates the formation of Lincoln as a town. Cut in 1683, it connected the area to the economic center of Mendon, Mass.

There are several historic structures still intact along Great Road, where some of Lincoln’s earliest colonial settlers made their homes.

Among the first developments along the road was the Eleazer Arnold House (c. 1687); one of the last remaining stone-ender homes in the state, with a massive stone chimney encompassing an entire side of the building. It is said that two men died during the construction of the chimney, which was ultimately completed by a brave worker.

Another stone-ender home still standing further down Great Road is the Captain Valentine Whitman House (c. 1694). When the town of Smithfield was incorporated in 1730, its outlands included what is now Lincoln. The founders of Lincoln’s mother community held the first town meeting at the Whitman house.

Eleazer Arnold was one of Lincoln’s earliest colonial settlers, and Great Road was cut through his father’s land. Called “the garrison house,” his stone-ender was also made to be bullet-resistant by filling the spaces between the walls with tile and brick.

In 1710 he opened a tavern, where he’s alleged to have served the Revolutionary War hero General Comte de Rochambeau.

Eleazer and his wife Eleanor had 10 children, for whom Arnold would build several more homes in the area.

Many of the Arnold homes no longer stand. The Preserved Arnold House, now gone, was once connected to the neighboring property via a flourishing flower garden. The so-called fireside house (c. 1716), a popular picnicking spot at Lincoln Woods that may have belonged to Joseph Arnold, is gone, along with a home built around 1710 for Eleazer’s daughter Patience on the slopes of Stump Hill.

The circa-1740 Israel Arnold House still stands high above Great Road. Although it bears the Arnold name, it was built by the Olney family. Its fireplace was so large, logs apparently had to be hauled in by horses or oxen.

The Saylesville Quaker Meetinghouse was built in 1704 on Eleazer’s land, across from his home. The building was the first house of worship in town, as local Quakers had been meeting in private residences.

Before the Industrial Revolution brought the boom of textile manufacturing to Lincoln, early mills in the community were small businesses that harnessed the power of the Moshassuck River. One such mill was the Moffett Mill (c. 1812), a wooden machine shop, braid mill, blacksmith and carriage shop. The mill is largely frozen in time, offering a rare opportunity to step back into the past.

Up the road, Stephen Smith established the Butterfly Mill in 1811, which is now a private residence. The mill once housed a large bell taken as a naval trophy during the War of 1812, which was said to scare travelers at night as it tolled in the breeze.

Smith built Hearthside House around the same time. According to local lore, Smith used lottery winnings to construct the stately mansion in an effort to entice his beloved to marriage, but his urbanite love expressed displeasure at the home’s rural location, and Smith never moved in.

Hearthside is one of several town-owned properties on Great Road, preserved and programmed by the Friends of Hearthside. Others include the board and batten Hannaway Blacksmith Shop, which still bears Hannaway’s original sign, and the Pullen Corner Schoolhouse.

The Blackstone Canal was constructed in the 1820s to connect Worcester and Providence, spurring the growth of several sprawling mill communities along its banks. The canal met a need that could not be met by the Blackstone River, which was dammed up in several places and too shallow in others for barges to pass through.

The canal itself was eclipsed in 1848 by the Providence & Worcester Railroad, which paralleled its route. Steam-powered trains proved to be a much more efficient manner of travel than horse-drawn barges tugged along the canal. Today, one of the best-preserved parts of the defunct canal runs through Quinnville.

Lincoln’s mill villages of Manville, Lonsdale, Saylesville and Quinnville grew from small settlements into entire communities, and many had their own train stations. A trolley-like, self-propelled car known as “The Dummy” shuttled passengers a few miles down the track from Saylesville to the old Woodlawn Station in Pawtucket.

The Albion, Manville, Lonsdale and Sayles textile mills expanded over the decades as they constructed worker homes, churches, schools, post offices, stores and social halls for their employees. Though some of the buildings have been lost, many others have been converted into new uses.

Albion, which began as three small mill buildings, grew into a 400-square foot rectangular mill building, which is now the Highland Falls condominium complex. The original mill village is well-preserved, missing only its rail station, company farm and machine shop.

Several original mill buildings still stand in Lonsdale and Saylesville, though some have been demolished over the years. The Manville Mill, which was considered one of the largest textile mills under one roof at the time, was lost to a fire following a flood in 1955.

What would grow to be the Limerock Village was first settled around 1665, named for the area’s prominent limestone mining industry. Former hotels, stores, a post office and school still stand in Limerock, along with several abandoned lime kiln ruins, however the circa 1822 Limerock Bank is gone.

The Louisquisset Pike opened between Providence and Lime Rock around 1806, creating a smoother and wider roadway to accommodate wagons. The next year, the Northgate Toll House opened along the pike, where a toll collector lived and worked. Later, the building was used as the Lime Rock Grange, where several harvest supports, strawberry festivals and county fairs were held.

Across the way, a store and post office was run for 53 years by Civil War veteran Charles H. Perkins, who was wounded in battle and cited for bravery.

The village is also home to the Mt. Moriah Masonic Lodge #8 (c. 1804), which began as a one-story, single-room schoolhouse. A second story was later added to the building, which continued to house the school on the first floor and Masons above. The Masons took over The Lodge in 1870.

As our tour winds down, it’s important to note some of Lincoln’s earliest gathering places and community centers, which included churches, social clubs and taverns.

The original Christ Church, a stunning Greek Revival building, burned down in 1883 and was replaced with the current building. The Lonsdale Baptist Church (c. 1843) was built across the street, and later sold to the town to serve as Lincoln’s first town hall. The steeple was removed, and the building was reportedly turned around on site.

St. Ambrose grew out of a nondenominational church, but the original building was lost to a fire, along with the original St. James, which burned in 1919.

Taverns were a popular place to gather in town, and Nathaniel Mowry and his family ran several throughout town for more than 100 years. One of his original taverns still stands at the current-day Ballard Farm, nearby Arnold’s house on Anna Sayles Road.

The building, a popular stagecoach stop, has doubled from five to 10 bays.

Another of their taverns was run by Jeremiah Mowry around 1747 out of the Eleazer Whipple house, which was razed to build an elementary school.

Ira (pronounced Iree by locals) Angell’s farmhouse was another Mowry tavern and gathering place. The Grange met at his house until 1904, when he reportedly kicked out his guests for making “a hell of a lot of noise.”

If you’re interested in checking out any of these properties, here are the addresses:

The history behind Lincoln's street names

Note: This is the fifth installment in a multi-part series covering the history of Lincoln in commemoration of the town’s 150th anniversary.

Great article, I love learning about the history of our towns. The old photos are incredibly interesting.