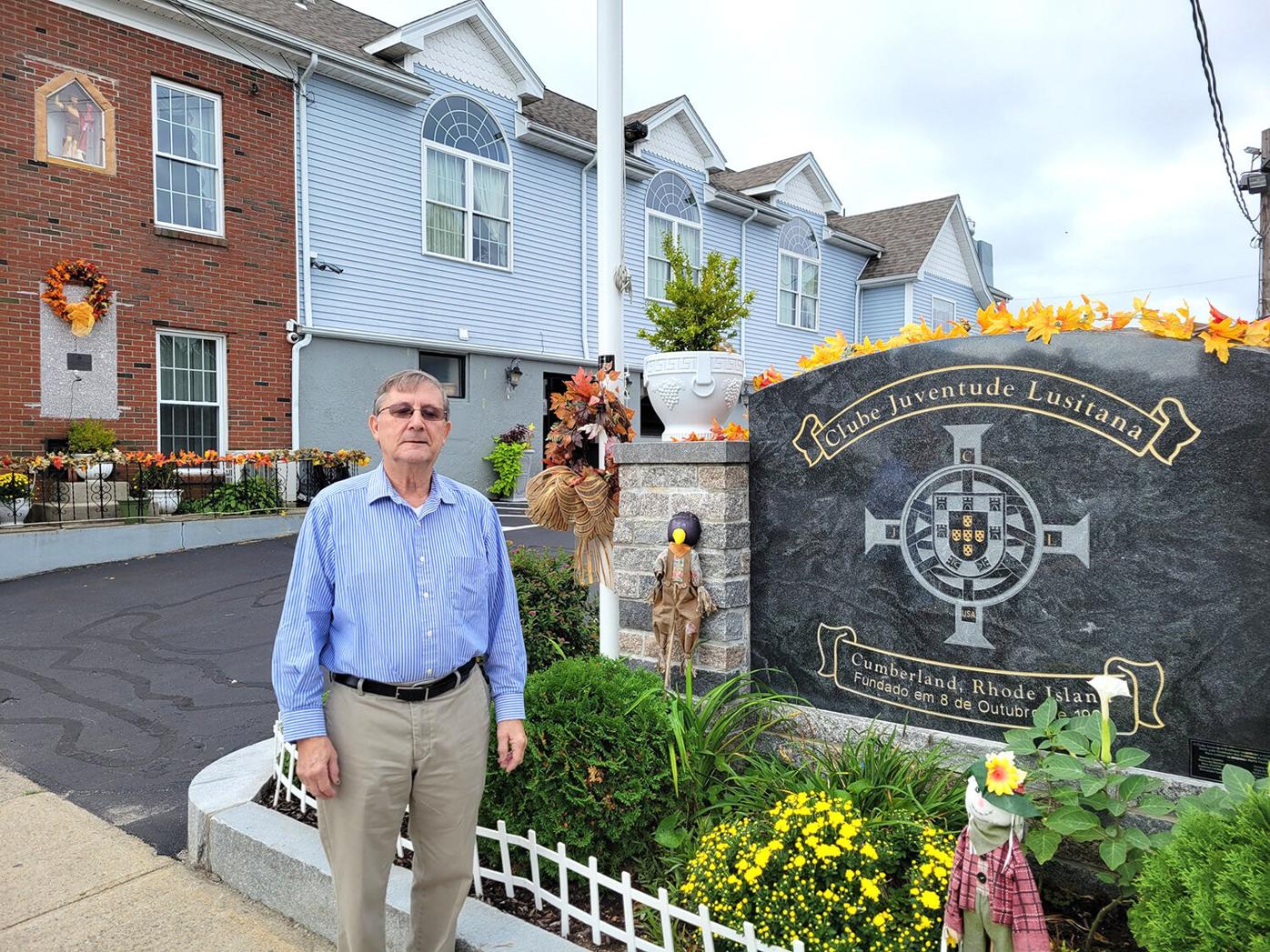 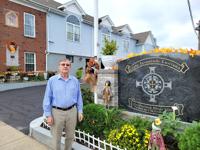 Lusitana Club President Henrique Craveiro outside the club, which celebrates its 100th anniversary next month. 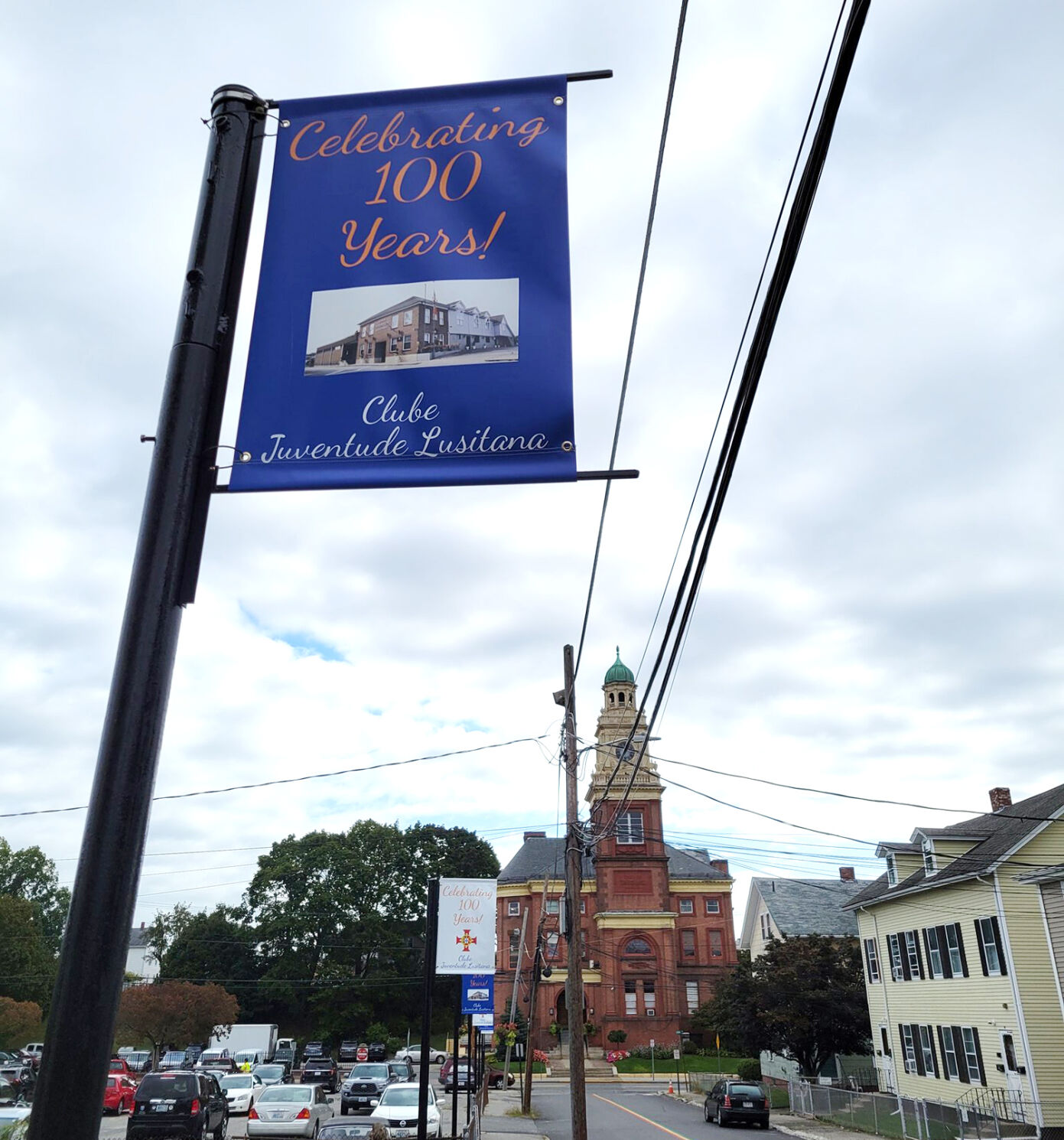 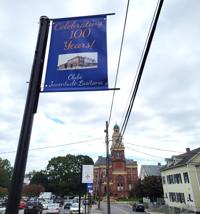 Banners between Cumberland Town Hall, shown in the background, and the Lusitana Club, let the public know that the organization is celebrating 100 years in town.

Lusitana Club President Henrique Craveiro outside the club, which celebrates its 100th anniversary next month.

Banners between Cumberland Town Hall, shown in the background, and the Lusitana Club, let the public know that the organization is celebrating 100 years in town.

CUMBERLAND – Clube Juventude Lusitana was officially founded on Oct. 8, 1921. It was incorporated on Oct. 15 of that year, which, as longtime President Henrique Craveiro sees it, seems a little suspicious because of the day of the week it fell on.

“Were they (town employees) working on Saturday?” he asks, laughing.

For a century, the Lusitana Club, located on Chase Street within sight of Cumberland Town Hall, has been an important part of this community’s life and especially to the Portuguese community that live here, say its leaders.

“Serving the community” are the three words Craveiro uses to sum up the club’s importance to Cumberland over the years.

“It was started to help the Portuguese community get inserted into the American dream, and now that we’re inserted, here we are to help everybody,” said Craveiro.

On Saturday, Oct. 9, the club will host an anniversary celebration featuring the groups that call it home, including its Portuguese language school, the Lusitana Band, formed in 1926, sports teams, theater and dance group Danças e Cantares of Clube Juventude Lusitana. The public is invited, and many big names in politics will be there as well, a “big to-do,” as club members describe it.

Since immigration concluded 20 years ago, numbers have dwindled, said Craveiro and Alberto Saraiva, of the club, but they’re working on some ideas now to hopefully attract a younger crowd that will help the club thrive into the future. There are currently about 500 members still active, they said.

Craveiro said club bylaws require people to be Luso-Americans, with different levels of membership, but that mandate has been relaxed of late and the club will eventually move to change those bylaws.

The club has three bars and two kitchens with two function halls, which are often rented out. This year’s St. John’s Feast at the club was a great success after a year off when the club was closed for several months.

The Lusitana Club has been a hub of town and political activity since its founding, playing host to many a campaign decision or announcement. This month, the town of Cumberland renewed its $5,000-per-year lease for the parking lot at Broad Street and Lusitana Avenue, between Town Hall and the club. Under terms of the agreement, the club maintains exclusive access to the lot for its big feast.

For more on the upcoming 100th anniversary event for the Portuguese social club, find Clube Juventude Lusitana on Facebook.