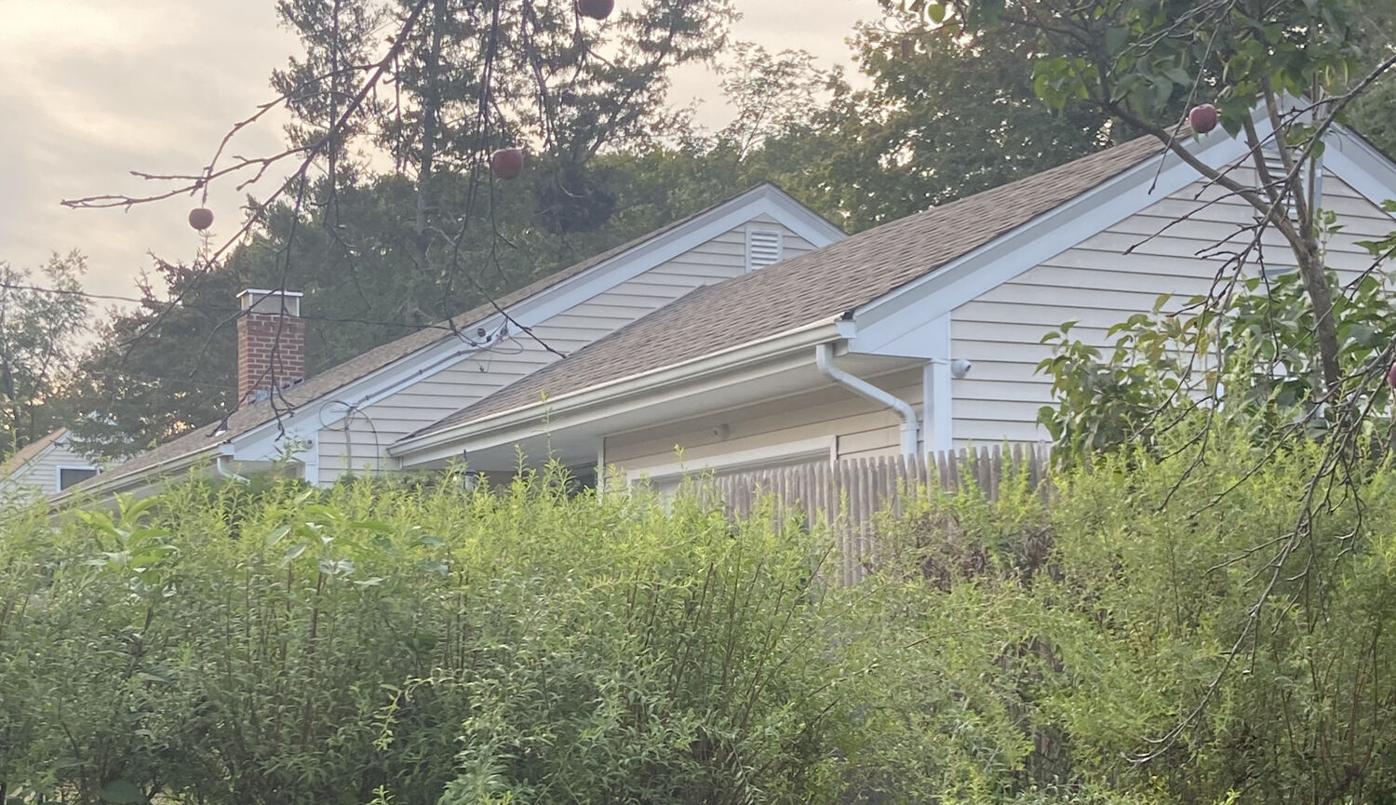 Two cameras on 32 Willow Road peek over the hedges and onto the front and side yard at 34 Willow Road, where Michael Erbe said he’s had enough of his “creepy” neighbor pointing his cameras at his house. 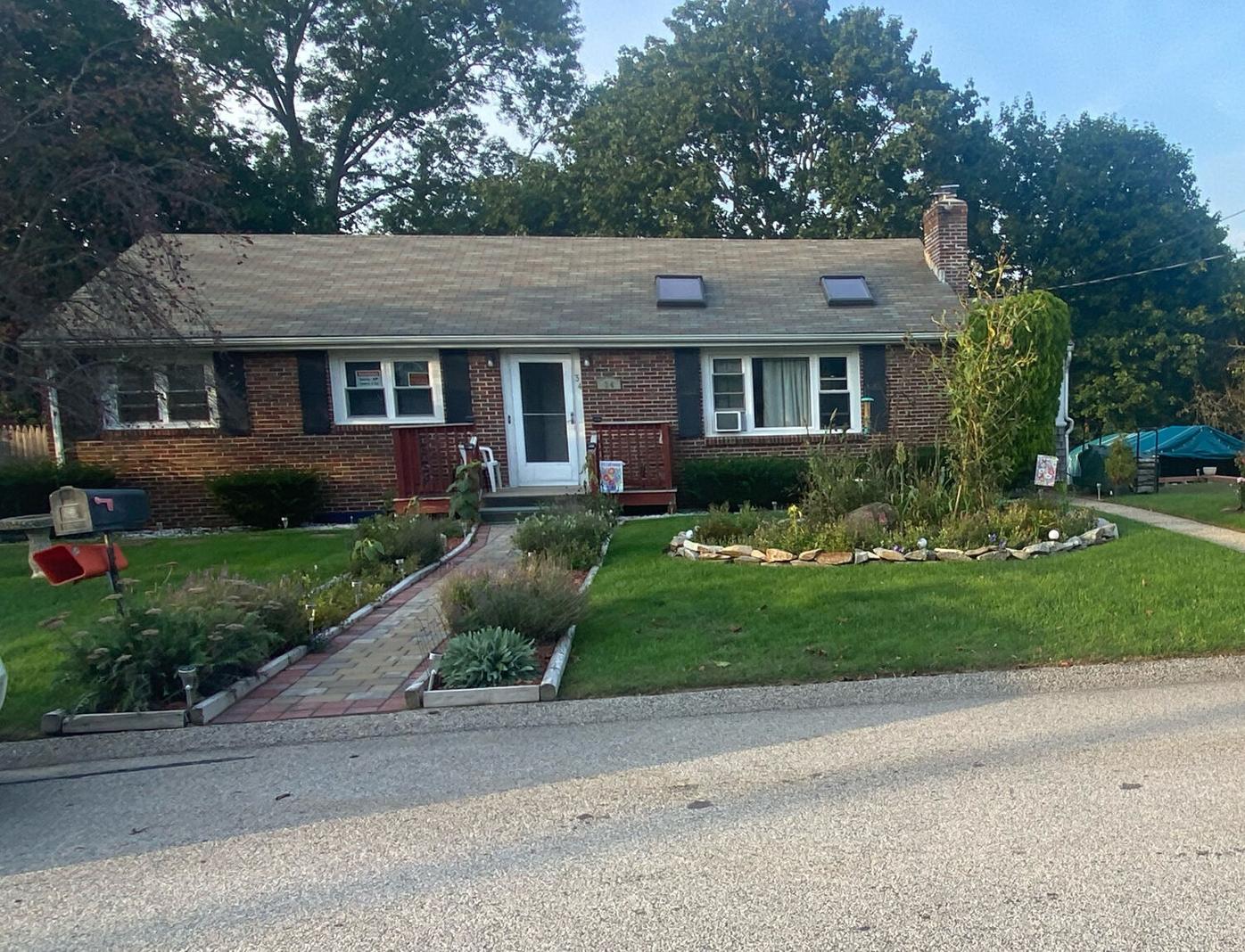 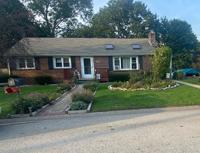 34 Willow Road where resident Michael Erbe said his neighbor is taking away his right to privacy by pointing security cameras at his house.

Two cameras on 32 Willow Road peek over the hedges and onto the front and side yard at 34 Willow Road, where Michael Erbe said he’s had enough of his “creepy” neighbor pointing his cameras at his house.

34 Willow Road where resident Michael Erbe said his neighbor is taking away his right to privacy by pointing security cameras at his house.

SMITHFIELD — After five years of living with his neighbor’s security cameras pointing directly toward his home, backyard, and driveway, Michael Erbe and his friend installed a fence measuring nearly 7 feet tall to block the cameras from what he describes as “creepy snooping.”

Erbe lives at 34 Willow Road in Greenville. His neighbor at 32 Willow has multiple motion-detection security cameras installed on the home. One above the car garage points at Erbe’s driveway. Another on the side of 32 Willow points toward the side of Erbe’s house and into the backyard.

From inside the home, Erbe said the camera appears to be pointing directly into the two bedrooms on the side of the house.

“I understand cameras are everywhere these days; 12-year-olds have them. Home is the one place where you should have privacy where you are away from the work and doing what you want to do,” Erbe said.

Residents at 32 Willow Road could not be reached for comment about the cameras.

The fence went up two years ago, and Erbe has two additional plywood pieces measuring about 3 feet long and 10 inches tall attached to the fence near the back pool area to ensure that his nieces and other house guests are not being filmed in their swimsuits while enjoying the pool.

Erbe said people may feel safer swimming in the pool now, but his neighbor is seeking to have Erbe remove the fence. Erbe said he is not budging on the issue until he sees the cameras moved.

Erbe said there is a simple solution where they could both be happy, but after two years of the fence being up, he does not see it happening.

“He could simply put the camera on the fence facing his yard. It’s as simple as that. Then I won’t feel like I’m being spied on,” he said.

Erbe said he is concerned that images are being recorded and stored online. He said he shouldn’t have that concern living in his home.

“He has no right to take away my privacy,” he said.

Erbe approached the Smithfield Town Council last Tuesday after he said he felt he had no other options. He told the council of how he first asked his neighbor to move the cameras pointed into his driveway.

Erbe said he spoke to the Smithfield Police Department, and was told there are no laws in Smithfield or Rhode Island preventing his neighbor from pointing the camera at his house. There are also no laws preventing him from fencing in his yard, he said.

“My neighbor is taking that privacy away from me,” Erbe said.

Smithfield police said this week they are researching any laws related to the cameras and fence.

Speaking with the Valley Breeze & Observer, Erbe’s brother Raymond said his girlfriend pointed out the camera aimed into his bedroom one night.

“It’s not right. We’re not comfortable. I can’t have her over with that thing up there,” he said.

Your privacy is important. I know a couple a guys in North Providence that can help you with this unfortunate situation.

If you plan on staying at this house, I would plant arborvitaes along the entire property line with your neighbor. They will grow much taller than a fence.

Additionally, since you own the fence you could paint every other slat orange and purple on your neighbors side. Not exactly what I would call "neighborly", but neither is he for refusing to move his cameras to the fence pointing back towards his house.

A few thoughts. My brother (who lives in another state) had a similar problem. He got artificial Christmas trees and blocked the camera views at the edge of his property until tall evergreen shrubs were able to grow in. Every town I lived in did nit require a permit to build a fence unless it exceeded a certain height. Property owner has every right to privacy. Not sure about RI but in other state having a camera at eye level pointing level or down was ok. Pointing up or mounting higher was not.

If I can see the front of your property or even into your back yard from my window, you have no entitlement of privacy. Therefore I can place a camera that has the same view. The only place you have an entitlement of privacy is inside your home. You do not have the right to install a fence taller than 6 feet at the property line. Around your pool do as you please but when someone falls in and drowns, be prepared to be sued, because no one can see in now. If everybody was nice there would be no need for cameras. My right to protect my property is more important than your right to a little privacy in the back yard. It would have been nice if the VB even went into any of this, but instead they chose to stoke the flames.

What falsehood did I put out about firearms??? I live in another state...duh. Used to live in RI...The subject matter is about cameras for home surveillance....Stick with the subject rather than attacking for what you jumped to a conclusion on...I am for them, shared my experiences. If you have some to share as to cameras, kindly do so.

Please don't put out false information about "automatic weapons". They are not legal in Rhode Island and the possession of one will get you 10 years in jail and a $10,000 fine. SEMI-automatic firearms, which I'm sure is the case here, are an entirely different animal. If people would not spread falsehoods about firearms, then others would not look down upon legal owners so much.

Welcome to the land of paranoia. Build a fence if you want to keep the world out. Neighbor has a right to their privacy. People take too many liberties with "surveillance cameras" pointed at neighbors. MYOB. Salute to the neighbor, build a big fence. Do it right, obtain a building permit for it, go for 10-ft! Too bad people with cameras sometimes fail to respect their neighbors wishes. Owner probably has 30 spot lights on at all times on their house too? Somethings just not right there. People have become so disconnected, sad story.

I have cameras, a slew of them around my home for security with audio. 5 yrs ago I caught an armed robbery taking place while my neighbors were totally unaware of access gained through their garage and trying to take a collection of automatic weapons. 3 other supposed robberies for insurance purposes by lying neighbors were thwarted by my trusty cameras. I also catch nosy neighbors snooping on my land,and hear who is a friend or not....and has been quite funny really at times. Entertaining to see how some behave and cannot mind their business.

While cams seem to be pointed at a home, they are limited in angle and what they may take screenshot of. Perhaps a screenshot of the cameras shared with this neighbor can alleviate his concern. From the picture I can see, I see 1 cam directly pointing to the sole driveway of the 32 Willow address, no invasion of a neighbor. The other camera points down, of again, his sole property. Limited overview. While I totally empathize, again, owning cams, it seems someone is a bit overly concerned about his invasion of privacy.

I went through this same issue a few yrs ago, being taken to court, and the judge threw it out and concerned herself more with a neighbor who needed curtains as she did not use any, and did not even call for my screenshots to show there was no seeing beyond my property. It was a right to security and law.

My advice would be to please focus on how it can help RATHER THAN HINDER...a good and valuable neighbor relationship. The cams just may be a help one day to you as they have been around me.