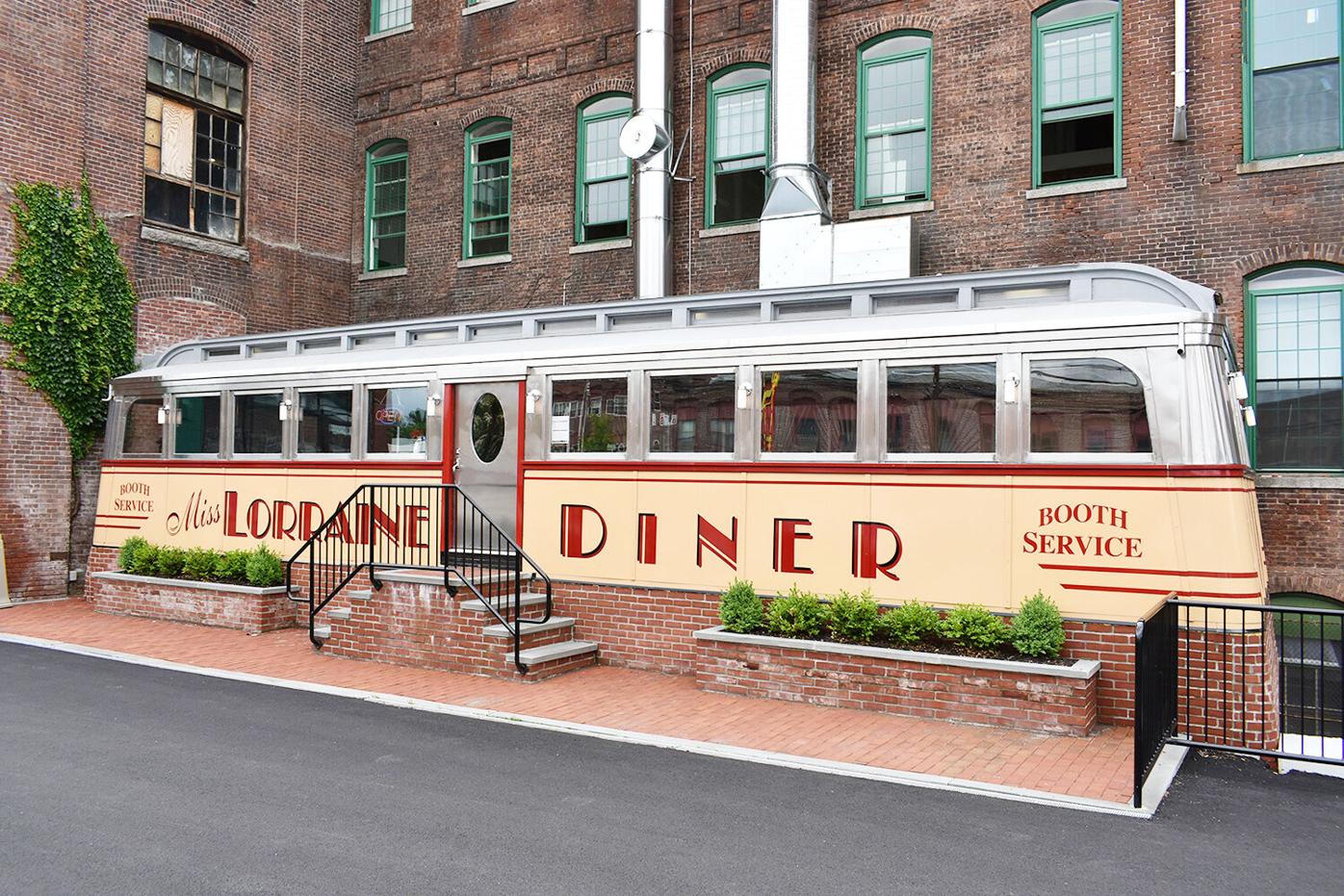 The exterior, above, and interior, below, of the Miss Lorraine Diner at the Lorraine Mills on Mineral Spring Avenue in Pawtucket, now listed on the National Register of Historic Places. 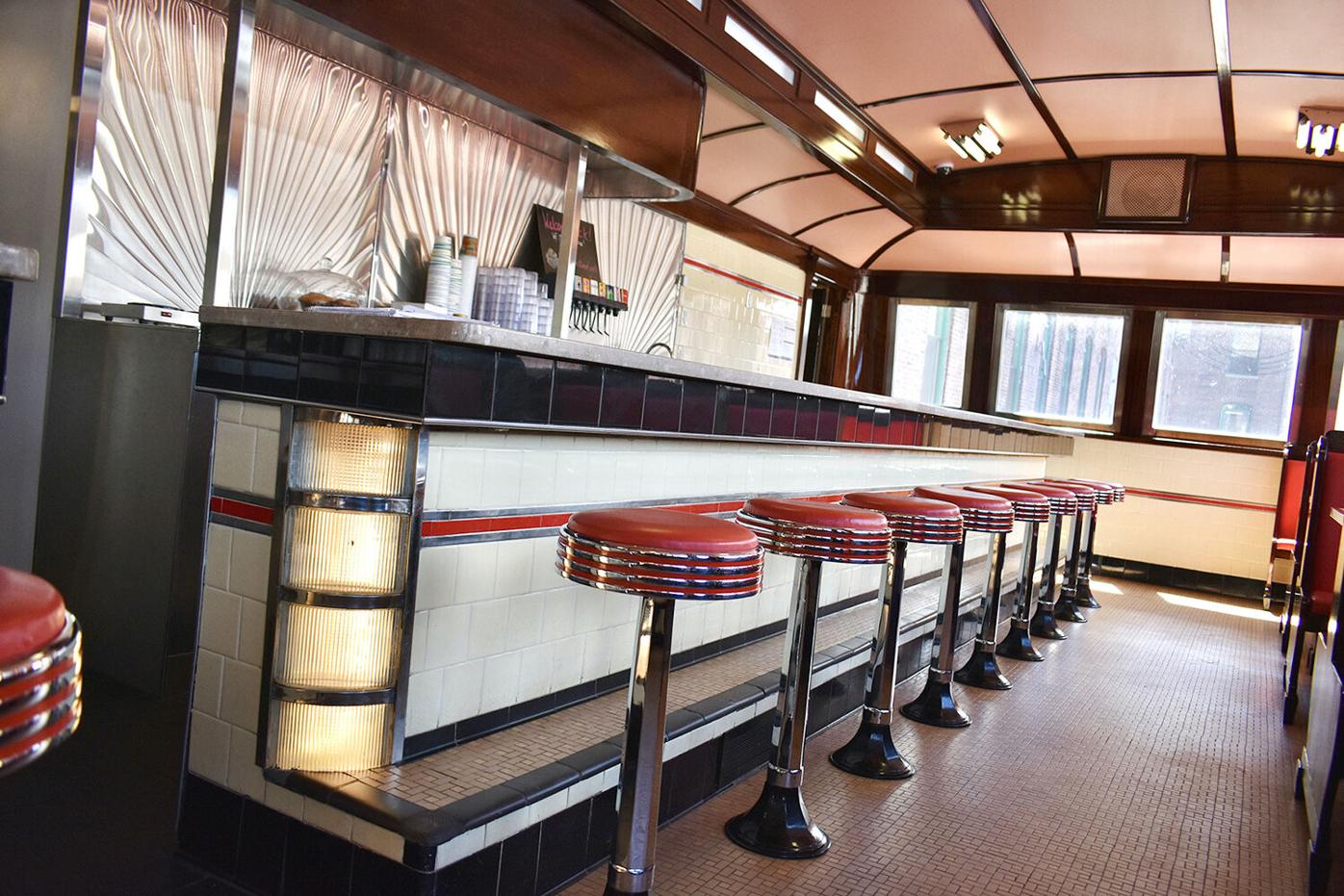 The inside of the Miss Lorraine Diner.

The exterior, above, and interior, below, of the Miss Lorraine Diner at the Lorraine Mills on Mineral Spring Avenue in Pawtucket, now listed on the National Register of Historic Places.

The inside of the Miss Lorraine Diner.

PAWTUCKET – Nearly two years after the Miss Lorraine Diner finally opened after years of careful restoration work, the landmark restaurant was officially listed on the National Register of Historic Places last week, an honor providing a nice recognition for the community and for all the people who worked so hard to get it done, said Jonathan Savage of the Lorraine Mills.

Savage, who originally moved the unsightly old diner here and left it sitting for about a decade before commencing the most significant restoration work, told The Breeze the designation has been a long time coming and recognizes the tradespeople who restored it and great tenants who live and work at 560 Mineral Spring Ave.

The Miss Lorraine, under the leadership of Mike Arena, has developed quite a loyal following, said Savage, and it’s nice to be able to provide him with any additional help possible, especially during a pandemic. A plaque will go up in the main lobby commemorating the national designation, hopefully further helping to boost the customer base here, said Savage.

The Lorraine Mills has a great mix of tenants, said Savage, and “very exciting” things are happening here. He said he’s happy to be a small part of the tremendous hard work put in by so many people to make the redeveloped mill a modern success.

Across the street, new residential units at the Lorraine Mills and above the Lorraine Fabrics space are nearly all accounted for now, Savage said, and he was proud to be able to accommodate the fabric store and keep it open as “such a vibrant part of that community” for so long.

Mayor Donald Grebien said he was pleased to see a Pawtucket landmark such as the Miss Lorraine receive national recognition as a historic place.

“We know the importance of local landmarks and how much they mean to our community, but Pawtucket is such a historic city which is great to see recognized on a larger scale,” he said. “I hope this means that more and more people will visit our amazing city in search of history and historic places.”

The Miss Lorraine received the federal recognition for its significance to the history of architecture, commerce, and industry. Jeffrey Emidy, interim executive director of the Rhode Island Historical Preservation & Heritage Commission, announced that the National Park Service added Miss Lorraine Diner, formerly known as Donwell’s Diner, to the federal government’s official list of properties throughout the U.S. whose historical and architectural significance makes them worthy of preservation.

“Recently restored, the Miss Lorraine Diner is a rare surviving example of a ‘semi-streamliner’ diner, an important building type that influenced the design of American fast-food restaurants,” states a release.

The Miss Lorraine Diner takes its name from its current location in the Lorraine Mills complex on Mineral Spring Avenue in Pawtucket’s Fairlawn neighborhood. It is a prefabricated semi-streamliner diner manufactured in 1941. The one-story, steel-frame structure has a monitor roof, stainless-steel windows, and porcelain enamel cladding. The interior features a long pink Tennessee marble countertop with nineteen stainless steel stools alongside as well as seven seating booths lining the front wall. The smooth-edged design and modernistic materials are characteristic of streamliner and semi-streamliner diner models touted by their manufacturer to provide “A smart looking business place that draws customers in and brings ‘em back because it’s as comfortable and modern as a streamlined parlor car.”

The main dining car opens into a larger dining room within the mill space, creating a large restaurant and great profitability.

Before the diner had a name, it had a number. Diner no. 774 was designed and built by the Worcester Lunch Car and Carriage Manufacturing Company in 1941. Upon completion, it was trucked from Worcester, Mass., to downtown Hartford, Conn., on Sept. 7, 1941. The Hartford Courant ran an advertisement to announce the opening of Donwell’s Diner, “Hartford’s newest and finest diner-restaurant.” The business changed hands several times, and the diner was relocated twice within Connecticut, to Kensington in 1966 and then to Middletown in 1969, where it operated until 1997.

The current owner, Savage, purchased the diner in 2011 and moved it to Pawtucket. The restoration project was a labor of love for everyone involved, said state officials. Diner experts provided input on the original design as well as sources for finishes and fixtures, their recommendations guiding work by general contractor Joe Pacheco. Under the direction of experienced restaurateur Arena, the Miss Lorraine opened for business in 2020. The restoration project has received a Rhody Award for Historic Preservation from the Rhode Island Historical Preservation & Heritage Commission and Preserve Rhode Island.

Miss Lorraine is one of several dozen diners in Rhode Island and the fifth to be listed in the National Register of Historic Places. Rhode Island’s other historic diners include the Modern Diner, built in 1940 and also in Pawtucket, West Side Diner (1947) and Central Diner (1947) in Providence, and Jigger’s Diner (1950) in East Greenwich.

“Rhode Islanders love their diners, and the Miss Lorraine Diner is a great example worthy of loving,” said Emidy in a statement. “National Register listing is a fitting recognition of the award-winning rehabilitation that brought this diner back from the brink and has made it a destination in Pawtucket.”

In addition to honoring a property for its contribution to local, state, or national history, listing on the National Register provides additional benefits. It results in special consideration during the planning of federal or federally-assisted projects and makes properties eligible for federal and Rhode Island tax benefits for historic rehabilitation projects.