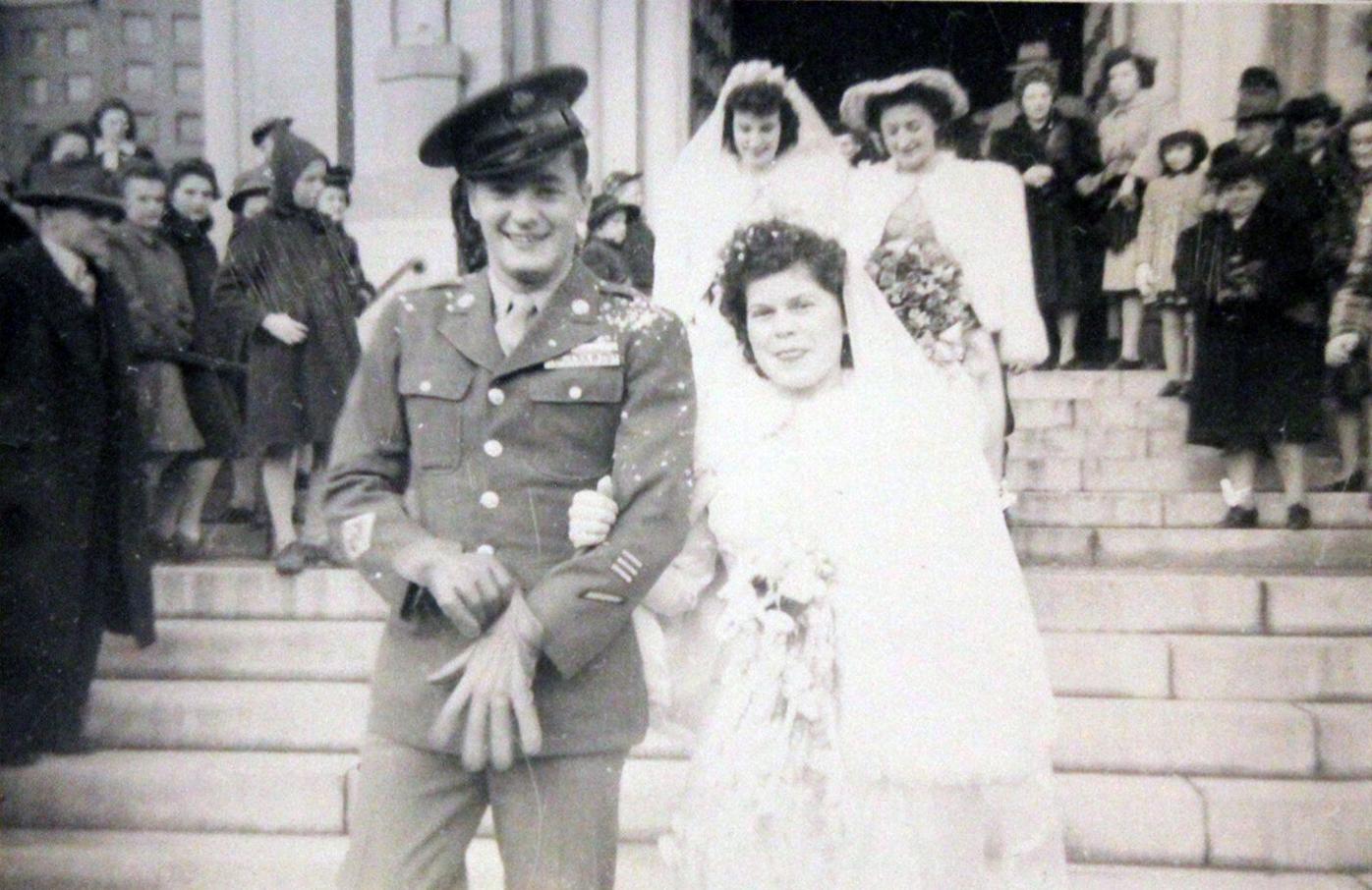 Joseph Robert Albert Ducharme pictured with his bride, Helene Berard, on the steps of St. James Church on Thanksgiving Day in 1944. 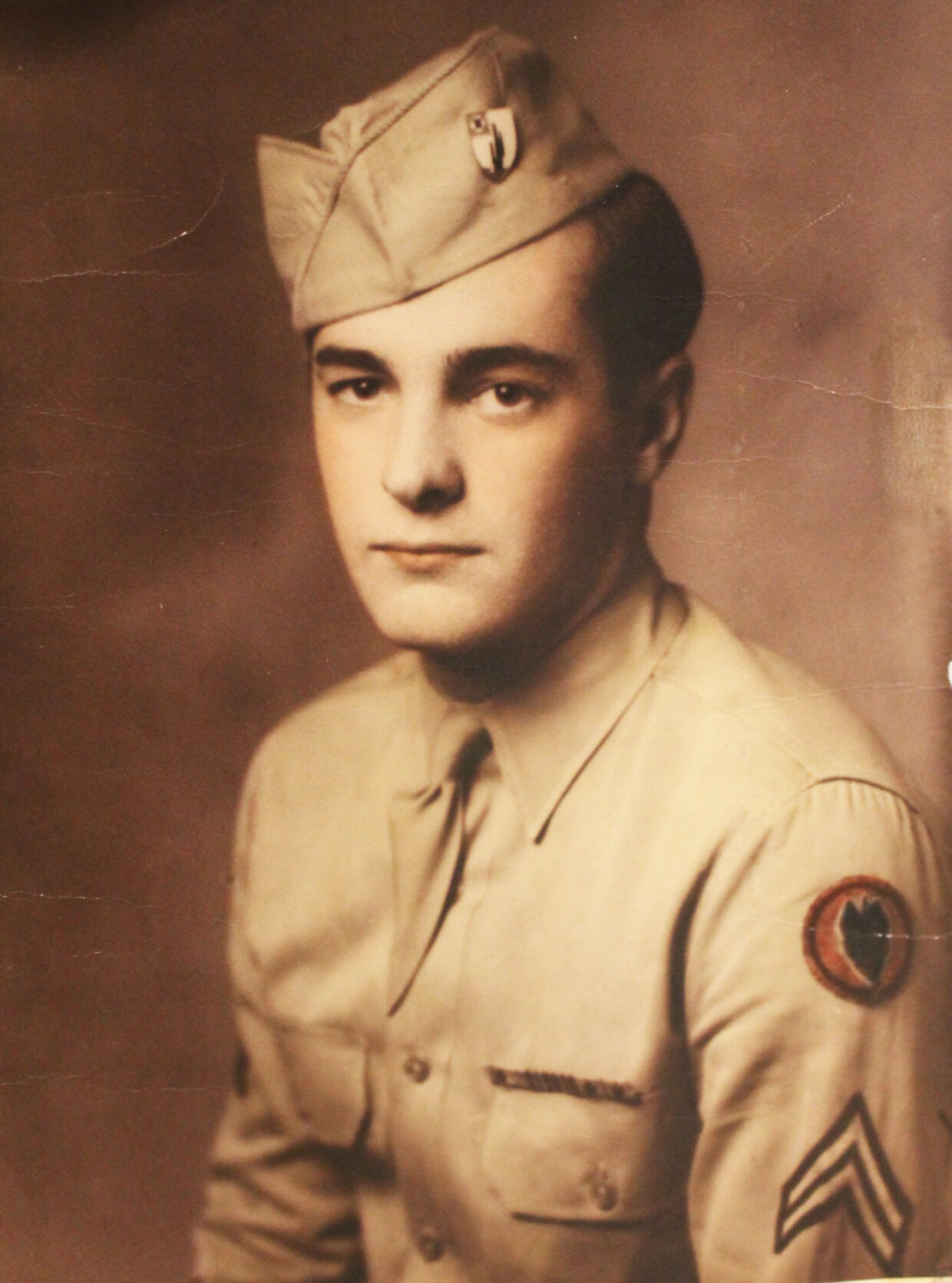 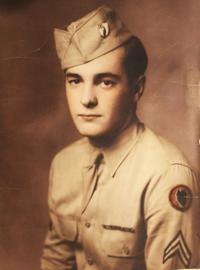 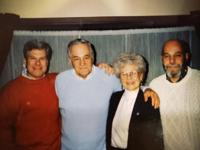 Joseph Robert Albert Ducharme pictured with his bride, Helene Berard, on the steps of St. James Church on Thanksgiving Day in 1944.

NORTH SMITHFIELD – Robert Ducharme says his father never talked much about his time in the service.

Born in 1921, the elder Ducharme was typical of many young men growing up in Woonsocket at that time. He dropped out of school early and took his talents instead to the Army, where the city’s boys were signing up in droves ahead of the U.S. entry into World War II.

“My dad was not any different. He was a quiet, unassuming man,” Robert said during a recent interview at his North Smithfield home.

To his son, however, Ducharme was a larger-than-life hero, a living example of the qualities that defined a generation. In the early years of the war, he was stationed at Schofield Barracks in Hawaii, where he survived the attack on Pearl Harbor and its adjacent military outposts. It’s a story Robert has pieced together through his own research during the long months of the pandemic.

“This was truly a labor of love,” he said, indicating the photographs and military documents spread out on his dining room table.

“My dad and I had a special relationship,” he went on. “He was a hero. He was my John Wayne.”

Joseph Robert Albert Ducharme—called “Bobby” by his family but “Joseph” in the Army—grew up on Gaulin Avenue in the type of apartment known then as a cold water flat. He dropped out of school after the 8th grade, enlisting in 1940 at the age of 18. Robert said his father wanted to travel, and the Army, still officially in peacetime, offered opportunity and adventure.

The elder Ducharme got his wish, securing a post in Hawaii that likely seemed like paradise to a young teenager from Woonsocket. He was assigned to the 25th Infantry Division and embraced military life at the barracks. Years later, Robert said his father still liked to show off his tattoos from those early military years, including a hula dancer in a grass skirt.

On Dec. 7, 1941, the men of Schofield Barracks were going about their morning routines when Japanese planes appeared on the horizon. Twelve miles to the south, a fleet of warplanes had attacked Pearl Harbor, damaging 19 U.S. ships and killing more than 2,400 civilians and military personnel. Around the same time, Japanese pilots bombed Wheeler Army Airfield and strafed the adjacent Schofield Barracks, crippling the Army’s ability to respond to the attacks. Unable to climb into their planes, men stumbled out of the barracks and returned fire from the ground, aiming with pistols, rifles and machine guns, according to historical accounts.

“The 25th Infantry was the first one to actually see the realization of battle for World War II,” Robert said.

After the attack, the men of the 25th Infantry Division began training in jungle warfare tactics as they prepared to deploy across the Pacific. Joseph Ducharme was promoted to corporal and led campaigns of other young men. With few words from his father, Robert was left to piece together what the young solider must have experienced. A newspaper article clipped from a local paper at the time said the Woonsocket native had killed 12 Japanese soldiers.

“I don’t think it was something that you really want to pass on, what you saw, what you did, to your children,” Robert said.

In 1943, Ducharme caught malaria and was taken out of action to recover. He was transferred to Camp Livingston in Louisiana and later served at Lincoln Army Airfield in Nebraska. In 1944, he married his longtime sweetheart, Helene Berard, at St. James Church in Manville on Thanksgiving Day.

After the war, Robert said his father tried to join the local VFW but had trouble relating to the World War I veterans. The war marked a turning for America’s soldiers, leaving many without the words to describe what they had encountered in the Pacific. More than 200 local soldiers never returned, and for those who did, silence was sometimes an easier option, Robert said.

“They never talked about it. I think they were carrying around with them all these memories,” he said. “Those early years were taken from them, and he’s not the only one.”

In later years, Ducharme would tell his sons to join the Navy instead of the Army. Robert took his advice, enlisting in the Naval Reserves during the Vietnam War.

Ducharme worked as a truck driver and driving instructor, while Helene worked at the French Worsted Company on Hamlet Avenue. In 1969, the couple traveled to Hawaii for their 25th wedding anniversary, and Ducharme returned to Schofield Barracks for the first time since his military service. In a visit organized by their children, he met the base commander and was the guest of honor at a reception in the enlisted men’s mess hall.

In his later years, Robert recalled, his father lived at Waterview Apartments on Privilege Street and visited Paul’s Family Restaurant daily. He refused VA benefits until a few years before his death in 2005, stubbornly insisting his country had paid its debts.

“He would say, my country doesn’t owe me anything,” Robert said.

Joseph Ducharme died on Dec. 10, 2005. His funeral was held at All Saints Parish, and he was buried at St. James Cemetery in Manville.

With the 80th anniversary of the Pearl Harbor attack approaching, his son spent the past few months piecing together those crucial moments of his father’s life. Though he never attained a formal education, Robert said his father was a man of principle who achieved great heights in his eyes. Once, he said, his wife found him crying over the old photos and papers that now form the record of his father’s military service.

“I owe it to my dad to let it be known that Woonsocket had a son that did go into harm’s way and came home,” he said.

Robert hopes his father’s story carries on to others too young to remember the sacrifices of previous generations. For a 16-year-old growing up today, he said, 80 years ago seems like a long time.

“I’d love if it would be possible to go back in time and meet this young man,” he said. “I’d just like to say, you don’t know it, but you did pretty good.”

What a great story. Mr. Ducharme is much like many others from his generation - humble. RIP sir.

The greatest generation. His family should be proud. A real hero.