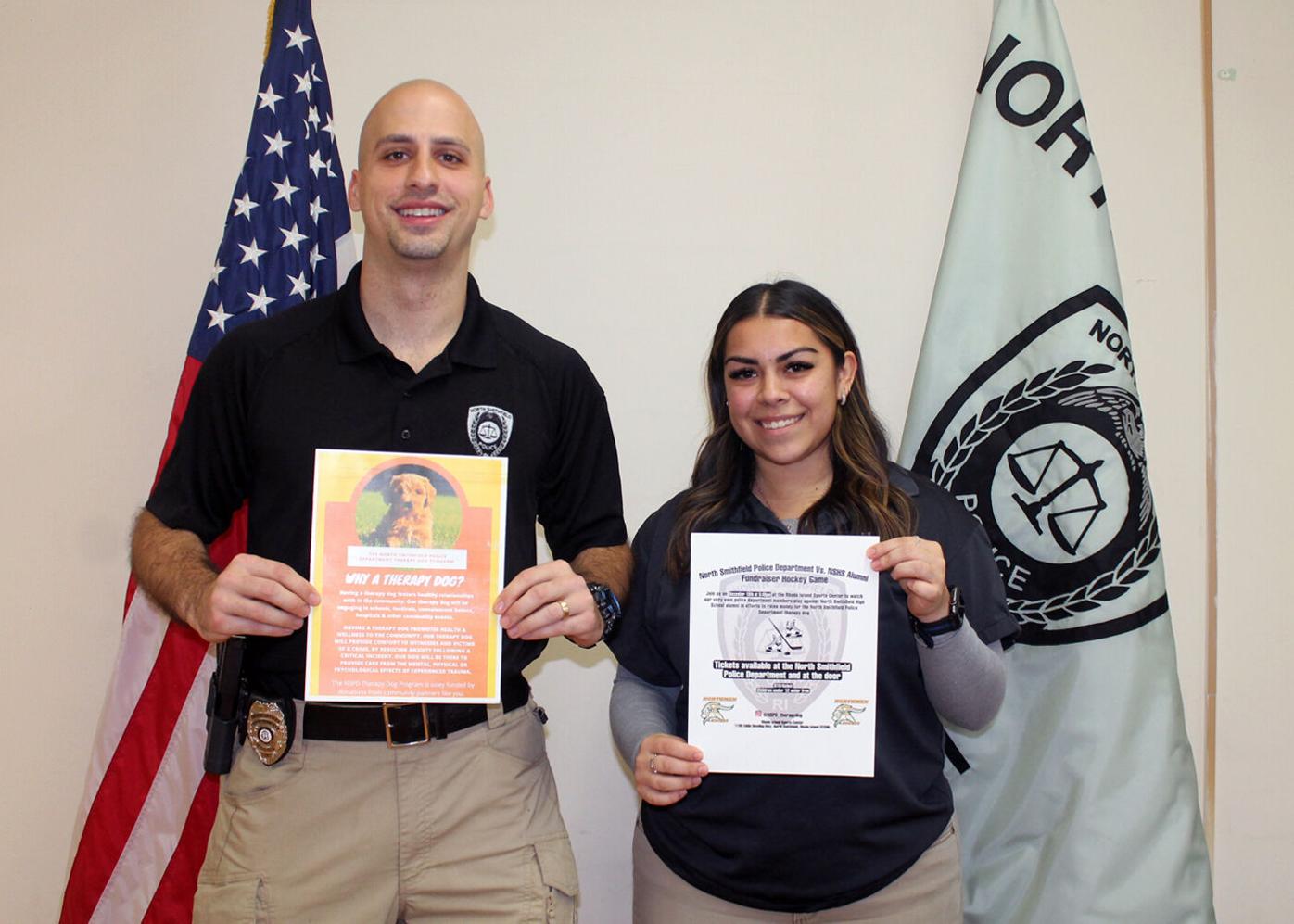 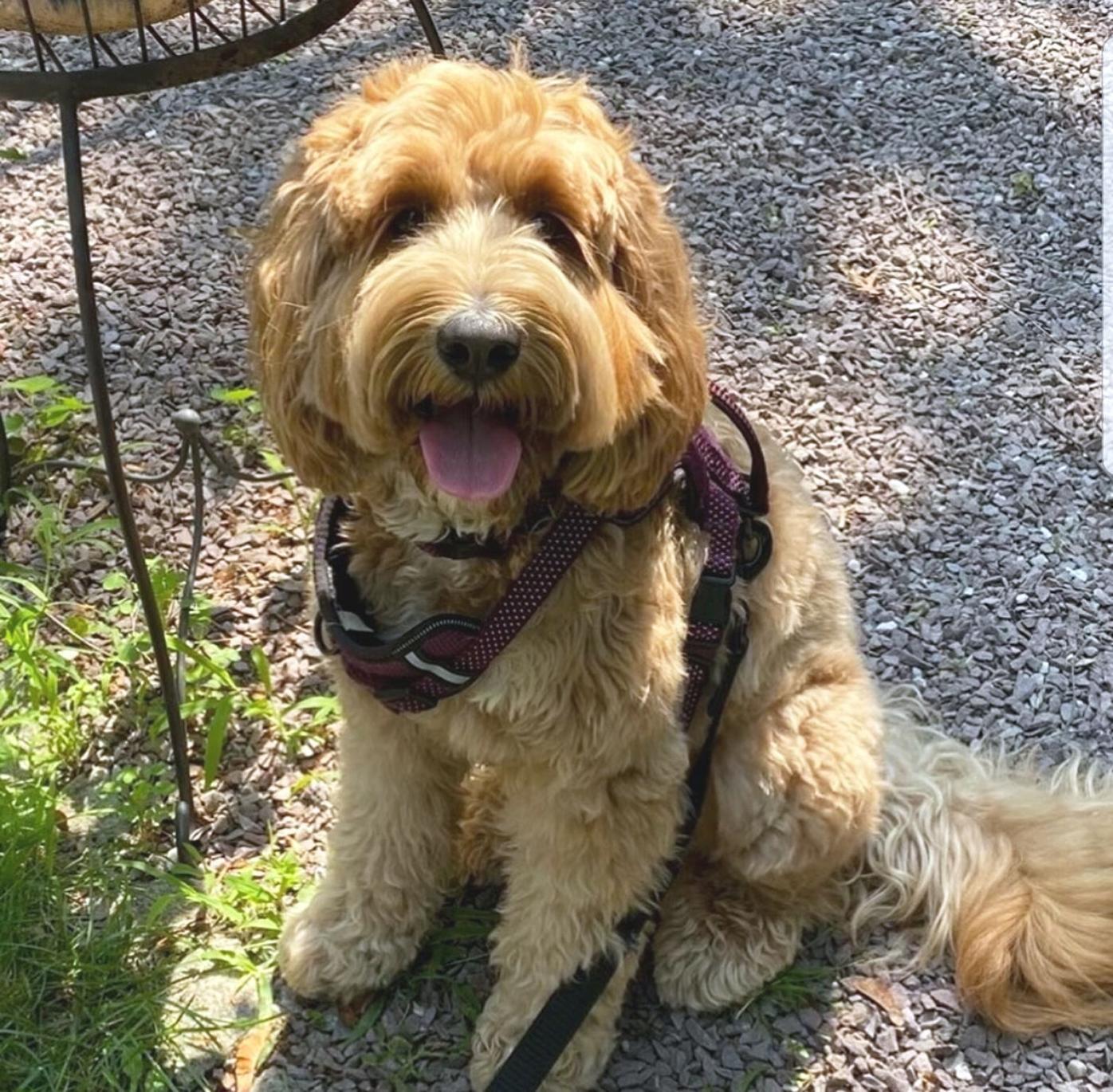 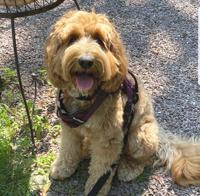 NSPD are looking to get the same breed of dog as Cali, a therapy dog with the Cranston Police Department.

NSPD are looking to get the same breed of dog as Cali, a therapy dog with the Cranston Police Department.

NORTH SMITHFIELD – The North Smithfield Police Department is looking to add a therapy dog to its ranks as the newest member of the department.

Patrol Officer Nick Tomasetti, a resident of Lincoln, will serve as the dog’s handler and is taking the lead on getting the project off the ground. Tomassetti is working with dispatcher Valerie Orellana and Lt. Gregory Landry to raise the necessary funds.

“I reached out to Lt. Landry, and it’s something he was also very passionate about,” Tomasetti said. “He thought it would be a good fit for our agency.”

As opposed to a K9, which is usually trained to perform a specific police function, a therapy dog will be used to comfort individuals and enhance the department’s presence in the community, Tomasetti explained. Police therapy dogs often work with victims of trauma or assault or can attend events and visit students at school.

“For them to come in and sit down in an interview room, it can be very intimidating, he said.

“This therapy dog, its specific purpose is to be a friend in the community,” he added.

Tomasetti said he got the idea to bring a therapy dog to the department after watching Cranston Police interact with their therapy dog, Cali. Cali was one of the first police therapy dogs in the state when she joined the department in 2018.

Now, therapy dogs are becoming an increasingly common sight at police stations as departments refocus their efforts on community policing.

“Policing is changing now. And what the community wants is somewhat adapting as well, and we’re just trying to adapt to the times,” Tomasetti said.

The new therapy dog will live with Tomasetti but spend its days at the station and work with him in the community. The patrol officer said the department is working with a trainer based in South County to secure an Australian Labradoodle puppy for the job.

While the therapy dog is expected to open up opportunities within the department, the up front investment is substantial. Tomasetti said he, Orellana and Landry hope to raise $10,000 to cover the dog’s initial purchase along with training, grooming, food and a health care plan. The puppy will need specialized training to be able to work in different situations.

“We’ve raised about a third of what we need currently,” he said.

Most of the donations so far have come from residents attending events such as PumpkinFest. Orellana, a cheerleading coach at North Smithfield High School, lent her fundraising expertise to the effort, and the group has set up an information table at events around town. Tonight, Wednesday, Nov. 24, they plan to have a table when North Smithfield/MSC faces Scituate for a 6 p.m. Thanksgiving football game on the new turf field at Veterans Memorial Stadium.

They also plan to raise funds through a NSPD v. NSHS alumni hockey game on Saturday, Dec. 18, at 5:40 p.m. at the Rhode Island Sports Center. Tickets are $10 and will support the therapy dog.

Tomasetti said the department is next on the waiting list with a local breeder and hopes to receive their therapy dog and begin training within the next few months. Once the dog is ready to be out in the community, he said, they plan to partner with the schools and work with other local departments to make the dog available to as many people as possible.

“The point of this dog is to build community, and we’re already seeing it on a very small scale here,” he said.

When I hear community policing referenced, I expect to see officers assigned to various communities, knocking on doors and getting to know residents. I do not envision walking into a police station and being able to pet a dog, although I can see the benefit if I were with an upset child. I personally would like to see a social worker or two hired by the NSPD. I think their effectiveness in working with societal problems outweigh the benefits of a therapy dog.

How about a rescue dog instead of going to a breeder?? I'm sure there's a local rescue that would be more than happy to donate a pup for such a good cause.

The best therapy dog would be a golden retriever, they're the best to train & they love everyone...