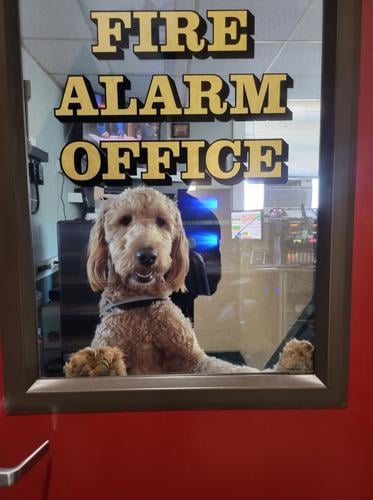 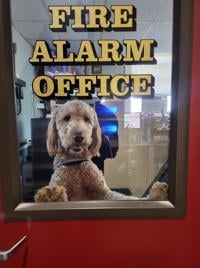 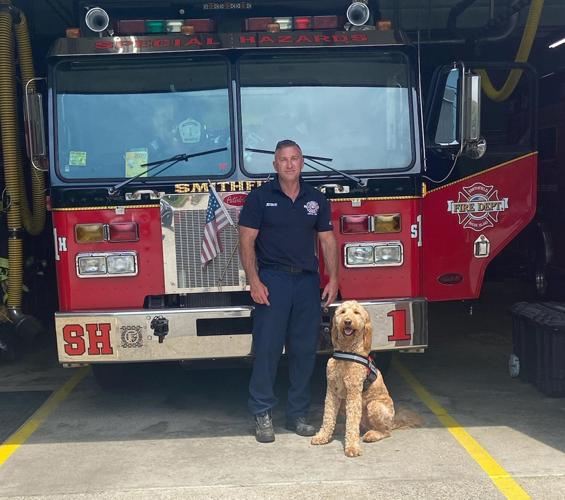 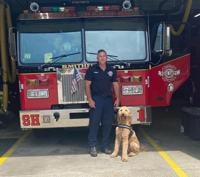 Lt. Joe Potenza and his dog, Ozzy, who is the department’s new therapy dog brought in to help with firefighter’s mental health and wellness.

Lt. Joe Potenza and his dog, Ozzy, who is the department’s new therapy dog brought in to help with firefighter’s mental health and wellness.

SMITHFIELD – Ozzy the Therapy Dog welcomes visitors at the Smithfield Fire Department on Log Road, but his role is not to serve residents.

Lt. Joe Potenza brought his family dog, a labradoodle (a mix of lab, retriever and poodle) to the Smithfield Fire Department to help firefighters in coping with abnormal and traumatizing incidents faced in their line of work.

For years, Potenza said he worked for a firefighter peer support group that works with firefighters for better mental health. He said he learned of firefighter therapy dogs from departments in other states. Smithfield, he said, is the first fire department to have a support dog in Rhode Island.

Unlike Gracie the therapy dog, Ozzy will support firefighters and not the general public.

“He’s trained to give comfort to the guys and girls of the job,” Potenza said.

He said the mental health of firefighters is finally being discussed, and it is none too soon.

“The number is now more for firefighters dying by suicide than the line of duty deaths,” he said.

Potenza and his family purchased Ozzy more than a year ago, choosing a labradoodle for its good temperament. After a while, Potenza said he thought Ozzy might have what it takes to be a therapy dog for the department.

Ozzy underwent testing to check his temperament, and was given the green light to begin therapy dog training. The pair began training in April when the dog’s position was approved by Chief Richard Seltzer.

“As far as a therapy dog, there is no set breed. Ozzy is a labradoodle. He has hypoallergenic fur, so he’s good for allergies. He’s smart and intuitive, he’s perfect for the job,” Potenza said.

Ozzy and Potenza go to two to three training sessions each week focusing on different skills. Potenza said in debriefing after serious or traumatic incidents, Ozzy will work in the room of first responders to help lower blood pressure and offer support.

“Firefighters witness a lot of things that normal people don’t witness,” he said.

So far, staff at the Log Road station said Ozzy is a joy, and the emotional support he brings is appreciated. Potenza said Ozzy jumped on a member’s lap after a 48-hour shift to offer some support.

“He gets it. He has a sixth sense to know where to go and who needs him,” Potenza said.

Potenza said Ozzy’s main purpose is for the firefighters, but he said if the pair completes training, they may move more into public education.

Still a house dog to Potenza and his family, including his wife and two daughters, Potenza said it is important that Ozzy get a break and come home with him. He said Ozzy is in the station during day shifts, but he leaves him home during night shifts.

Potenza said his daughters are very proud of Ozzy and think it is super cool their dog is a therapy dog for the Fire Department.

Ozzy does not go on calls with the crew. Potenza said he will bring the dog after stressful events to assist his and other departments, but without lights and sirens.

Assigned to the tower ladder truck, Potenza and Ozzy will be assigned to the new station on George Washington Highway once it is finished. He said Ozzy’s training will be complete by then.