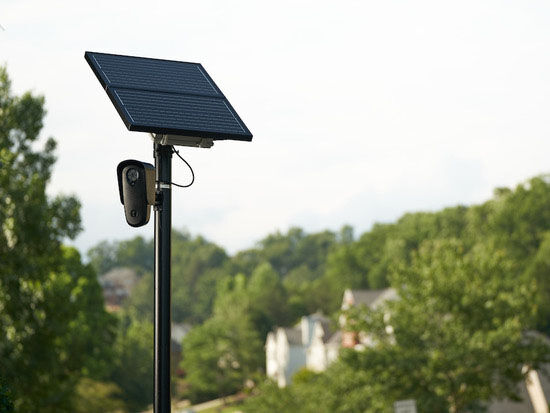 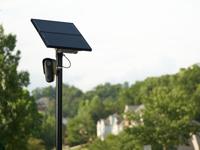 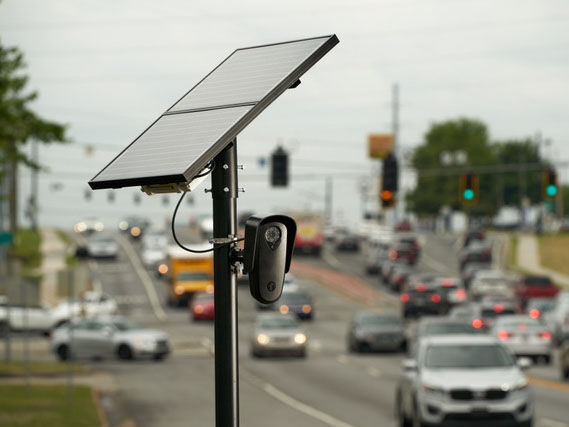 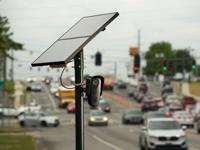 According to Flock Safety, LPR cameras are not used to capture speed or traffic violations, just license plates and vehicle images. (Photo courtesy of Flock Safety)

According to Flock Safety, LPR cameras are not used to capture speed or traffic violations, just license plates and vehicle images. (Photo courtesy of Flock Safety)

PAWTUCKET – Cameras set up around the city as part of a trial crime-fighting venture with an outside company have now been responsible for locating six stolen vehicles, up from the two found prior to the official start of the 60-day trial period with guidelines in place on Sept. 15.

Holly Beilin, Flock Safety’s content and communications coordinator, told The Breeze this week that the company calls itself a “public safety operating system,” which she said means they “produce devices, hardware, and software that help police and communities work together to solve and reduce crime.”

The Pawtucket Police Department currently operates 17 LPR cameras, and within the last 30 days, they have had a vehicle or plate registered on a national or state crime database pass the cameras 1,836 times, triggering alerts to the agency, said Beilin.

The Woonsocket Police Department currently operates 13 LPR cameras, and within the last 30 days, they have had a vehicle or plate registered on a national or state crime database pass the cameras 705 times, which triggered an alert to the agency, said Beilin.

A total of 153,490 cars were detected in Woonsocket during that month, while 418,743 cars were seen in Pawtucket’s cameras.

All numbers can be found through Flock Safety’s transparency portal, which police departments are not required to use but have the option to use for free.

“All three of the Rhode Island agencies have enabled a feature we call the transparency portal,” Beilin said. “It is free to police customers. Not all of them use it, but it is an option.”

“Vehicles detected is merely the number of cars driving past the cameras over the past 30 days, while hotlist hits is the number of times a vehicle or plate registered on a national or state crime database passed the camera, triggering an alert to the local agency,” Beilin said.

In terms of the number of searches, she explained that every time an individual officer or user logs into the system, that is a session.

Beilin said she has found the Woonsocket and Pawtucket police departments to be very cognizant of transparency and privacy throughout the installation process of the cameras.

The cameras capture stills, not videos. They zero in specifically on vehicles and license plates. This is paired with machine learning pairing software that has vehicle fingerprint capability, meaning that it is able to pick out really specific details on vehicles, and capture license plates whether they are regular license plates, temporary tags, or stolen tags.

“None of the footage is stored on the device, once the image is captured, it is transmitted to the secure cloud, which is owned by the customer, not Flock, and then it’s deleted every 30 days on a rolling basis to protect privacy,” Beilin said. “We can’t measure speed and they’re not used for minor traffic violations.” The cameras are typically affixed to a pole on the side of the road and transmit images via cloud.

According to Beilin, Flock doesn’t own any of the information; they’re just there to provide the technology. These LPR camera hardware and software are able to be utilized through police departments as well as to private communities, such has homeowner’s associations or business owners.

“One thing that we like to explain is especially on the property crime side, police often don’t have enough time to investigate every crime,” Beilin said. “We believe with our devices and our software, we can give them the tools they need to collect objective evidence to solve more crime, faster.”

The use of the technology in Rhode Island has absorbed plenty of criticism, including from the ACLU, over privacy concerns related to the widespread use of the cameras.