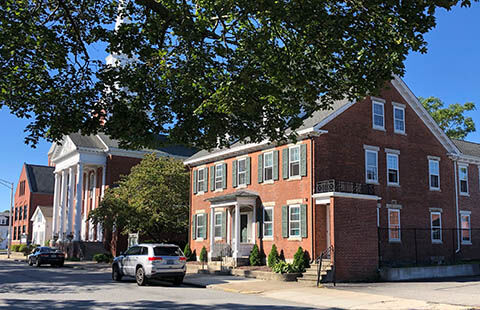 The Preservation Society of Pawtucket has changed its name to The Heritage Alliance of Pawtucket and is revamping its mission with new programs to better reflect the heritage of the city. 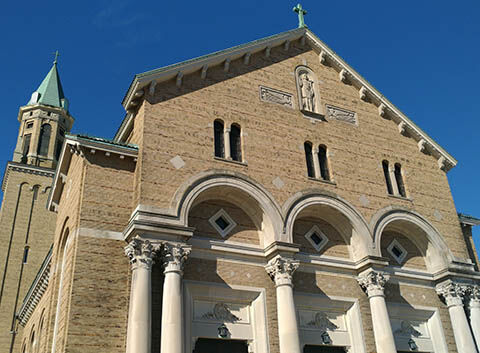 The Heritage Alliance of Pawtucket will meet at St. John the Baptist Church for the Sept. 30 clean-up event to kickstart The Neighborhood Heritage Series. (Photo courtesy of Barbara Zdravesky)

The Preservation Society of Pawtucket has changed its name to The Heritage Alliance of Pawtucket and is revamping its mission with new programs to better reflect the heritage of the city.

The Heritage Alliance of Pawtucket will meet at St. John the Baptist Church for the Sept. 30 clean-up event to kickstart The Neighborhood Heritage Series. (Photo courtesy of Barbara Zdravesky)

PAWTUCKET – The Heritage Alliance of Pawtucket, formerly The Preservation Society of Pawtucket, has changed its name and mission, all while developing new programs to better reflect the heritage of the city.

Board President Barbara Zdravesky said changing the name reflects the organization’s desire to emphasize the cultural heritage of city residents in addition to preserving the city’s historical architecture.

“For us in Pawtucket, we recognized that the title ‘Preservation Society’ doesn’t really relate to the community in Pawtucket,” she said. “It sounds a little uppity; we didn’t think it was really getting a lot of attention or a lot of support.”

Zdravesky said people tend to have a stereotypical idea of what a preservation society is and organization leaders decided they wanted to create a new name that would make people understand what the society does and to be more relevant to the people that live in Pawtucket.

“We wanted to broaden our mission and make it not just about preserving buildings, but to incorporate more cultural preservation and be more interesting, relatable, and finding ways to participate more directly with the communities,” she said. “We’re not abandoning preservation work, but we’re just making it part of a larger, more expansive mission.”

They will be kicking things off with the new Neighborhood Heritage Series in Woodlawn, where they will hold a clean-up event on Thursday, Sept. 30. They will be co-sponsoring the event with the Woodlawn Neighborhood Association and Keep Blackstone Valley Beautiful.

Some additional ideas for the Woodlawn neighborhood include a tour of the Mineral Spring Cemetery, a concert in one of the churches, installation of a marker at community-nominated historic site, a neighborhood scavenger hunt, and other clean-ups.

“That’s the first event, the kickoff, and we don’t have any other activities planned right now, but we just wanted to have one event in place to get the series started,” Zdravesky said. “Woodlawn is a neighborhood that’s very culturally diverse because it’s a large neighborhood in the city.”

Zdravesky said that the Woodlawn neighborhood does not typically get a lot of attention, but the Heritage Alliance of Pawtucket believes that there is a lot of opportunity for highlighting cultural heritage and historic preservation because of the plentiful historical sights and cultural diversity within the neighborhood.

She said that they will choose a new neighborhood next year but for now will focus on Woodlawn and see how it goes.

“It’s new for us, so we don’t really know what’s going to happen,” she said.

For the Oral History Project, HAP leaders say they hope to have residents share stories of their life in Pawtucket to make the city’s history more “human” and relatable.

“We haven’t started it yet, and we’re still investigating and working on the details and logistics, like how to do it, where to archive the interviews, and so forth,” Zdravesky said. “When we do get it going, we will put a notice out there and we’re expecting it to be an open invitation to anyone who wants to share some story of their life in Pawtucket, either growing up or working, it’s really pretty wide open.”

They said they may ask about specific things, such as if someone would be able to share stories on working at a specific factory or how their lives were affected by the building of the highway.

One aspect of the HAP that will not be changing is the Preservation Reward Program, which was created two years ago to initiation financial rewards for good preservation work, such as the rehabilitation of the Looff Carousel at Slater Park.