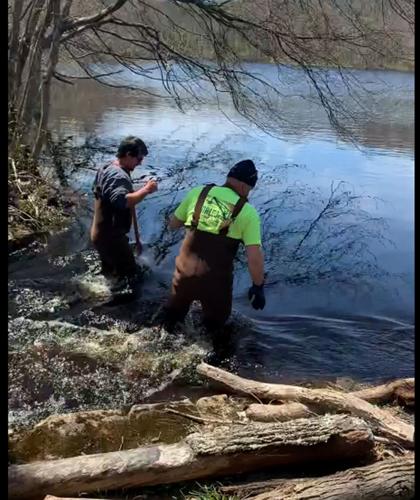 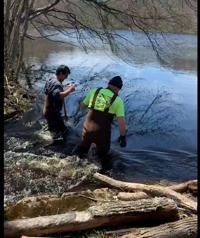 The Foster Highway Department removed a beaver dam off Salisbury Road on Monday to prevent flooding on the dirt road. 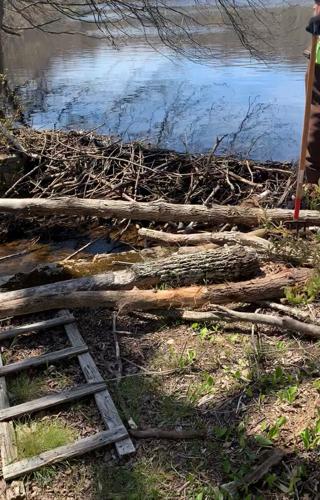 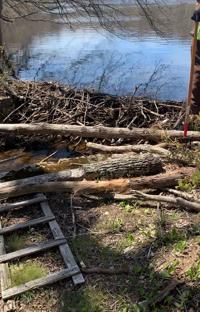 The large beaver dam in Foster that would likely cause flooding on the dirt road nearby.

The Foster Highway Department removed a beaver dam off Salisbury Road on Monday to prevent flooding on the dirt road.

The large beaver dam in Foster that would likely cause flooding on the dirt road nearby.

FOSTER – Members of the Foster Highway Department were out in full force removing a four-foot beaver dam near Salisbury Road to prevent water from washing away the dirt road on Monday.

Sen. Gordon Rogers, the town’s highway director, said the beaver problem in Foster has always been a problem with so many dirt roads. He said with an upcoming rain event, water, which was about three or four inches away from the road, would definitely flow across the road and wash it out.

Rogers said Foster’s dirt roads are in danger of being washed away by water building up at dams, while asphalt roads face being undermined by rushing waters. Both are not ideal, he said.

Communities across northern Rhode Island are reporting greater beaver activity than ever, causing waterways to back up onto roads and into yards.

Rogers said there are three or four places in Foster where highway workers are constantly checking, with a few others that need less attention.

“We battle them every summer,” he said.

Rogers said that the town will deal with the beavers up to a point. He said he believes Foster will most likely need to hire a trapper again this year.

“It usually comes to that,” he said.

Rogers said he is considering getting a state beaver trapper license for some of the Highway Department crew to be able to address this ongoing problem themselves.

The Monday dam removal took nearly all day and the entire crew, Rogers said. He said beavers created a dam against a 2.5-foot spillway and about a foot higher. The spillway usually flows year-round, he said, but the beavers had it pretty much blocked and about three feet of water was resting against the dam.

“It was a big beaver, too. He saw us coming, and he was mad,” he said describing the guilty beaver as approximately 40 pounds and slapping its tail to ward off the intruders.

Further down and through the woods, beavers built another dam about a foot high, again blocking water flow.

“They’ll hear flowing water and continually work where it is until it’s miles long before they stop,” Rogers said.

He recalled an 800-foot dam behind Green Acres in Foster, though he said that one was left alone because it was not causing any issues. Rogers said muskrat dams are more sturdy, and he has seen some designed with rocks or hubcaps to keep them watertight.

According to the Rhode Island Department of Environmental Management, beavers use sticks, logs, mud and vegetation to build lodges within dams that block water flow, assisting in creating wetland habitats. Once near extinction in Rhode Island in the late 1800s due to unregulated hunting for the creature’s fur, the DEM’s Division of Fish and Wildlife today regulates the beaver population.

Rogers said he anticipates that the beavers will be “working the night shift” and repairing the dam removed Monday, and said his crew will come back when necessary.

He said his department is also considering putting chains through culverts to help pull out more difficult beaver dams. He said one end of the chain will be attached to a hook that will allow the chain to be pulled to remove the blockage.

He said he understands a beaver’s will to make dams, just as it is his job to remove them when it creates a safety hazard.

“Beavers make dams. It’s what beavers do,” he said.

Beaver pond levelers work very well, are easy to install and cheap. A pond leveler keeps the pond at your desired depth, while the beavers are happy with their dam building, thinking everything is ok.