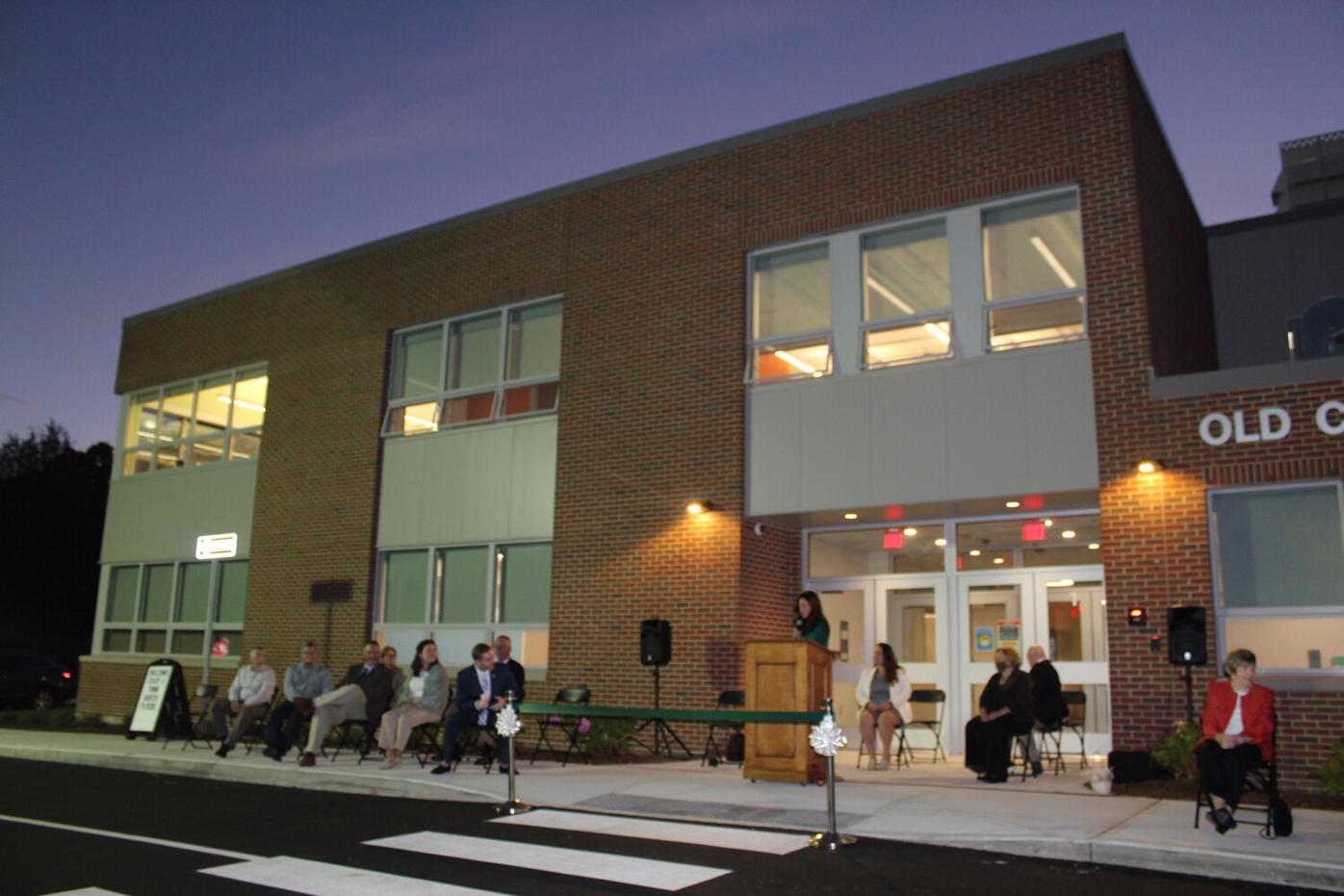 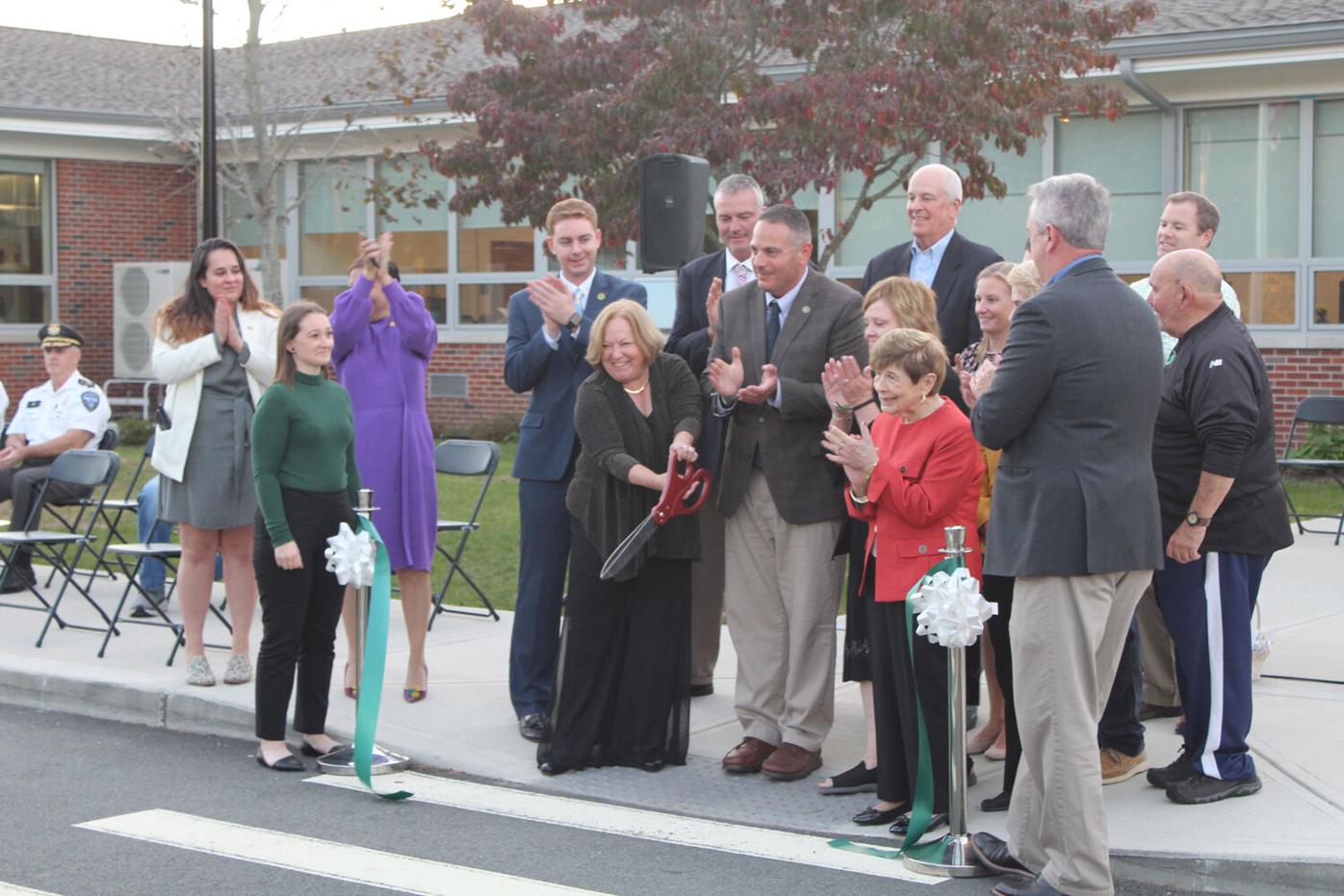 SMITHFIELD – A trio of back-to-back ribbon-cutting ceremonies were held on Oct. 20 marking the completion of three Smithfield elementary school renovation projects that the Rhode Island Department of Education is calling the “Smithfield model” for being on time and under budget.

In November 2018, the town approved a $45 million project for significant improvements, renovations and additions to Pleasant View (formerly McCabe), Old County Road, and LaPerche elementary schools, as well as the closure of Winsor Elementary School.

RIDE Commissioner Angélica Infante-Green said Smithfield was incredibly successful in its nearly two-year project, applauding leadership for the schools and town for getting the project to the finish line on time and under budget.

“That’s three schools in 19 months during a pandemic for $38 million and coming in under budget,” Infante-Green said.

She said the state is calling the elementary reconfiguration project the Smithfield model for other districts to reference when seeking large-scale renovations.

“Now your doors are open for other districts to come and learn,” the commissioner said.

Each school received at least one addition, as well as new classrooms, a new media center, new seating, and more. Supt. Judy Paolucci said it was important that each received a similar and fair amount of work.

Rhode Island General Treasurer’s Office Deputy Chief of Staff Leanne Byrne said the state was involved with getting the district to where it is today, increasing the state reimbursement rate to 50 percent of the $45 million bond project, including an additional $8 million in reimbursements.

Byrne said that kind of investment happens once in a generation. She said Smithfield is committed to providing high-quality education for students, which is essential for a strong economy in Rhode Island.

Paolucci said her job at the ribbon-cutting was to sing the praises of them many who helped get the project done, including the Town Council, School Committee and School Building Committee, DBVW Architects, Ahlborg Construction, Colliers International project management firm, teachers, school administrators, parents, students and the Smithfield voters.

Paolucci said the project shows commitment to education, adding that the working relationship between the school district and Town Council has never been better.

“We did it,” she exclaimed.

Paolucci said the work began more than 10 years ago when former Supt. Robert O’Brien began discussions on renovating the schools. She said it was a joint effort by many people over many years to finish the project.

“These are all high-performing schools for 21st-century learning,” Harnois said.

Pleasant View Elementary School Principal Catherine Pleau saw many new classrooms come to her school as it made space for students from Winsor Elementary.

Like the two schools merging, she said that when people work together, things become a success, adding that the school will help give a wonderful future to its students.

Old County Road Elementary School Principal Paul Barrette said he is so grateful to the town for the school renovations, adding that the community, not just students, will benefit from the project.

Town Council Vice President Sean Kilduff said the schools are a “true reflection” of the town’s commitment to its schools.