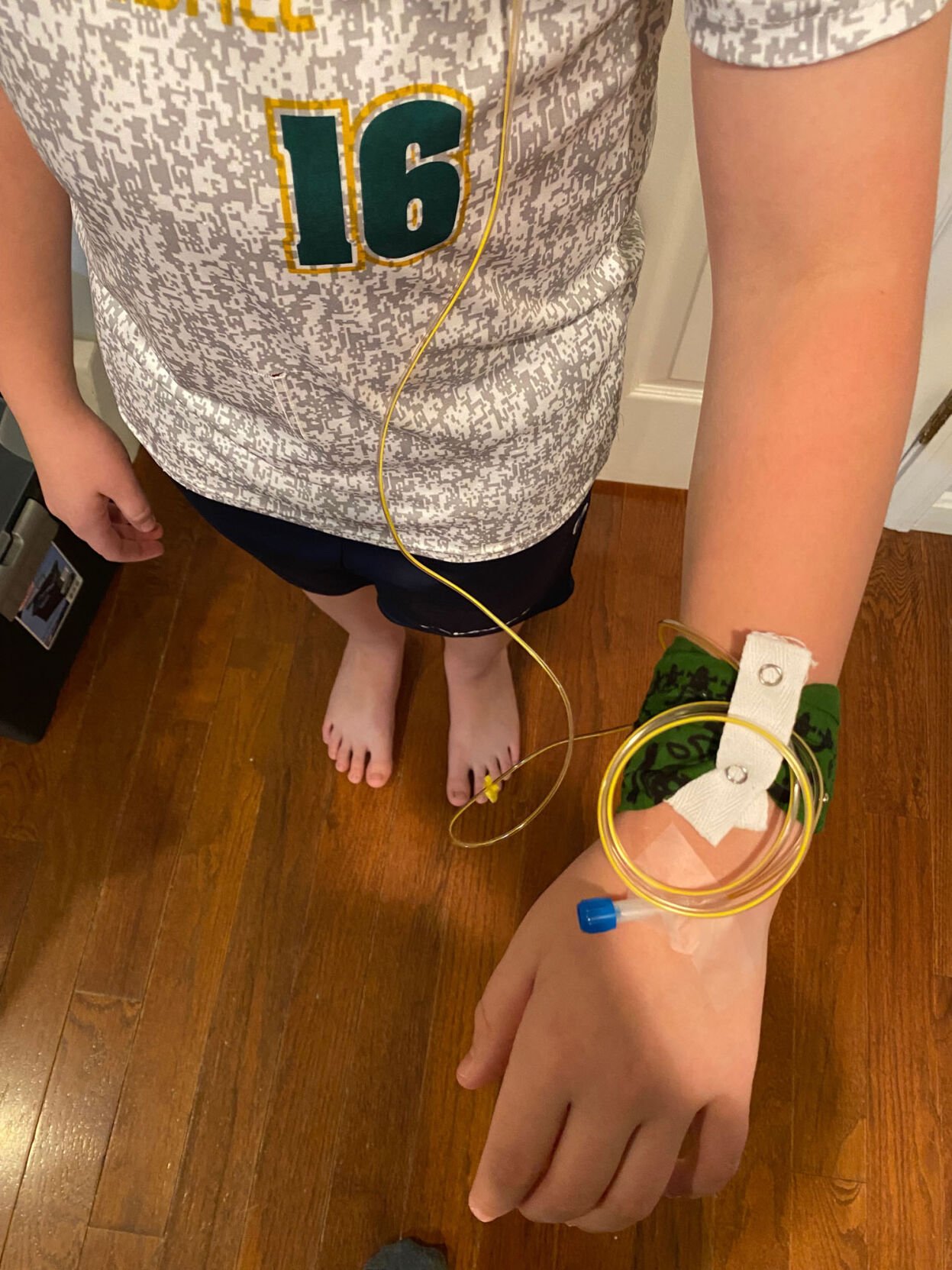 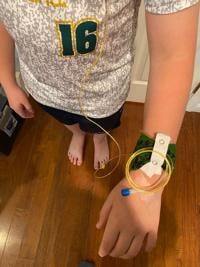 Christina Tortolano, 17, invented the Chemo Cuff to help prevent children from stepping and tripping on long IV tubes while at the hospital. 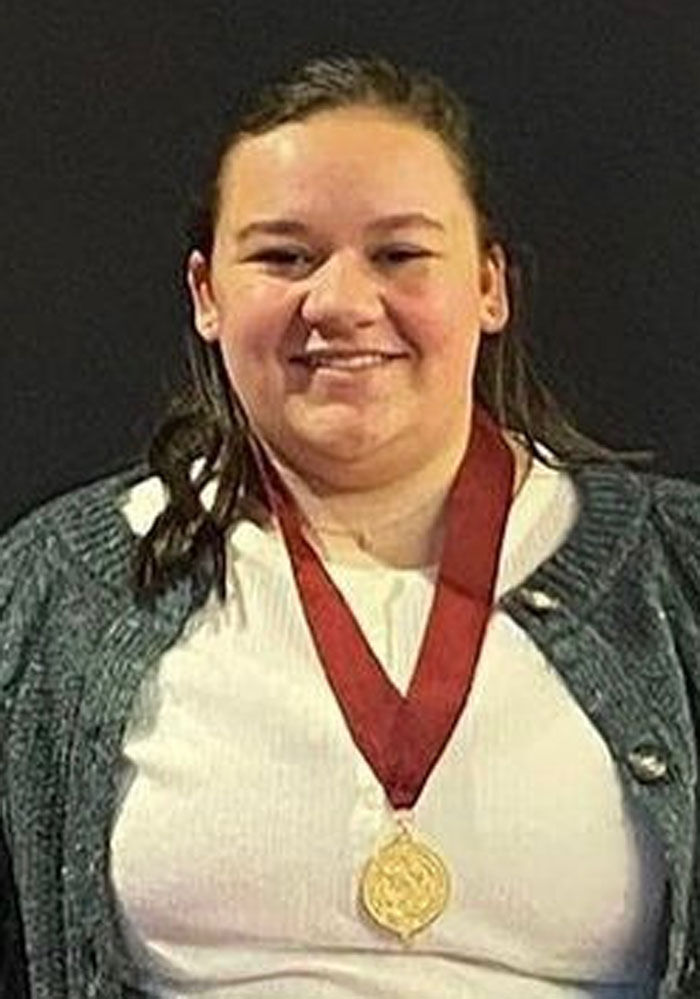 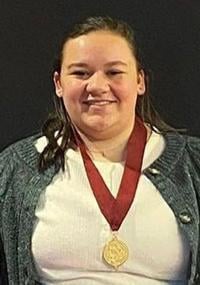 SMITHFIELD – While undergoing chemotherapy treatment for a brain tumor as a 6-year-old, Smithfield’s Christina Tortolano used her trademark inventive thinking to create a product to help keep long IV tubes under control.

Now age 17, Tortolano has received a $10,000 grant from the National Society of High School Scholars Be More Fund to further develop her invention, known as the Chemo Cuff.

Tortolano said when she was in the hospital to receive chemotherapy and surgery to remove her brain tumor, she often tripped or stepped on the long IV tubes connected to her chest and arms, which she said are designed to be long to fit adults. Sometimes, the tubes would rip out of her arm or chest, which she said was painful.

Tortolano invented the Chemo Cuff while in the hospital more than a decade ago, describing it as similar to a sweatband worn around the wrist with snaps to secure IV tubes.

“It’s simple. You wear it on your wrist, wrap the tubing around it so you don’t step on it,” she said.

Tortolano said she wore the Chemo Cuff when she was in the hospital, sharing it with other children who were in chemotherapy treatment. The band comes in a variety of colors, and Tortolano said other patients enjoyed decorating and personalizing the cuffs similar to how one would with a cast for broken bones.

“There were a couple of my friends there with problems; I used to give them my bands and we’d all wear them,” Tortolano said.

She said she hopes to further develop her design and patent the Chemo Cuff with the NSHSS grant money. The bands are relatively inexpensive to create, and the grant money should cover the initial development.

While scrolling through scholarships online, Tortolano said she came across the NSHSS grant, and immediately thought of her invention. She made it to finals, then traveled to Atlanta to pitch the Chemo Cuff. As one of 10 finalists, she received $10,000.

NSHSS Be More recipients are judged based on a creative and viable plan to make the world a better and more equitable place.

She said her parents, Aimee and Brian Tortolano, are proud of her intention and drive to become a surgeon. Now cancer-free, Tortolano said she enjoys golfing in her spare time.

Despite having cancer, she said she had a good experience at Hasbro Children’s Hospital and was inspired by the staff to pursue the medical field.

A junior at Saint Raphael Academy in Pawtucket, Tortolano is cancer-free and hoping to study to become a pediatric surgeon. She said as soon as she visited Hasbro Children’s Hospital in her youth, she knew she wanted to be a surgeon.

Once she further develops the Chemo Cuff, she said she hopes to sell them to children’s hospitals, donating any money made to Hasbro and other similar facilities.