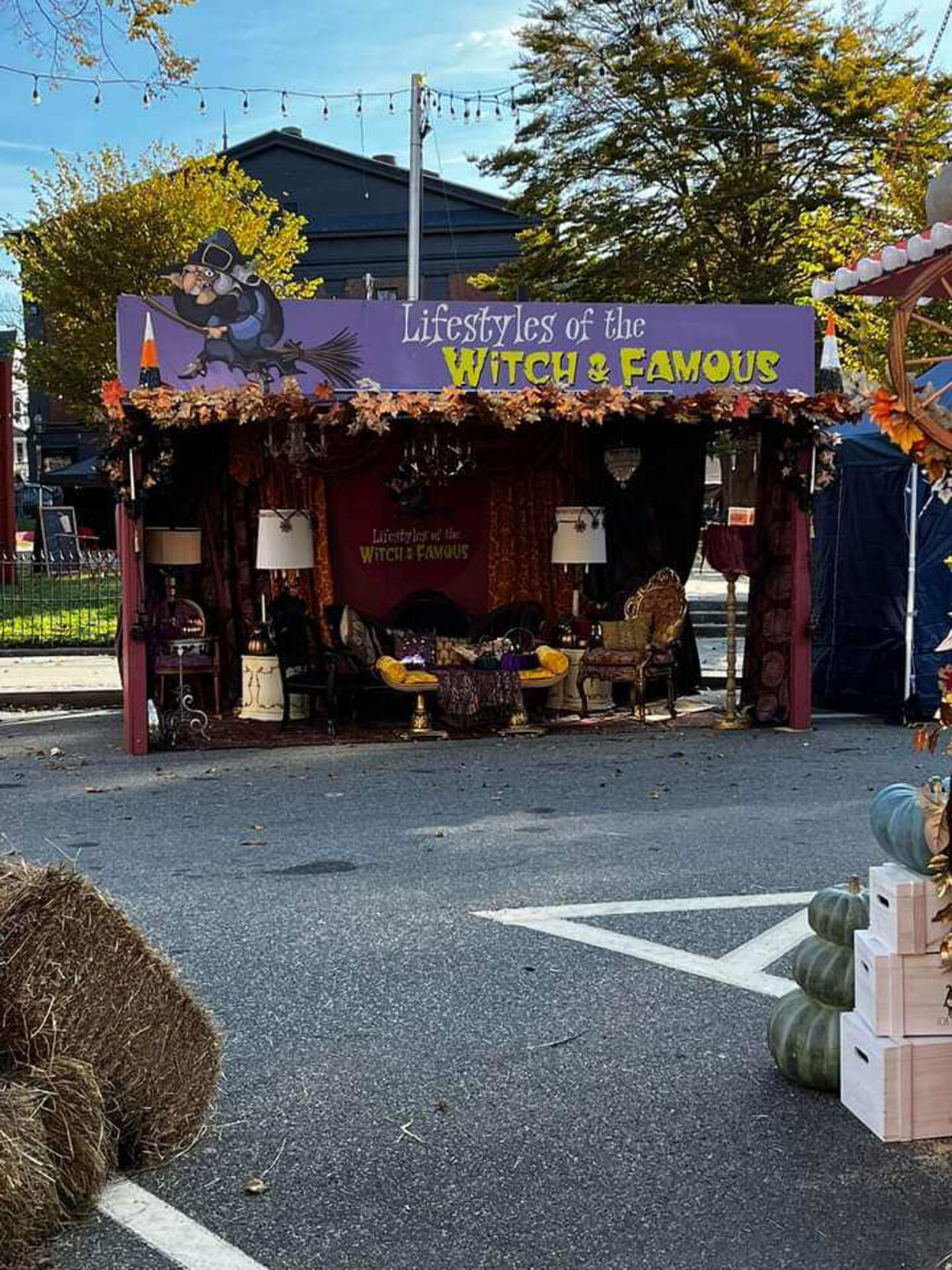 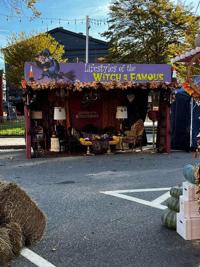 One of the movie sets in Newport where the movie “Hocus Pocus 2” is filming, and where Smithfield resident DM Roy had the pleasure of working as an extra. 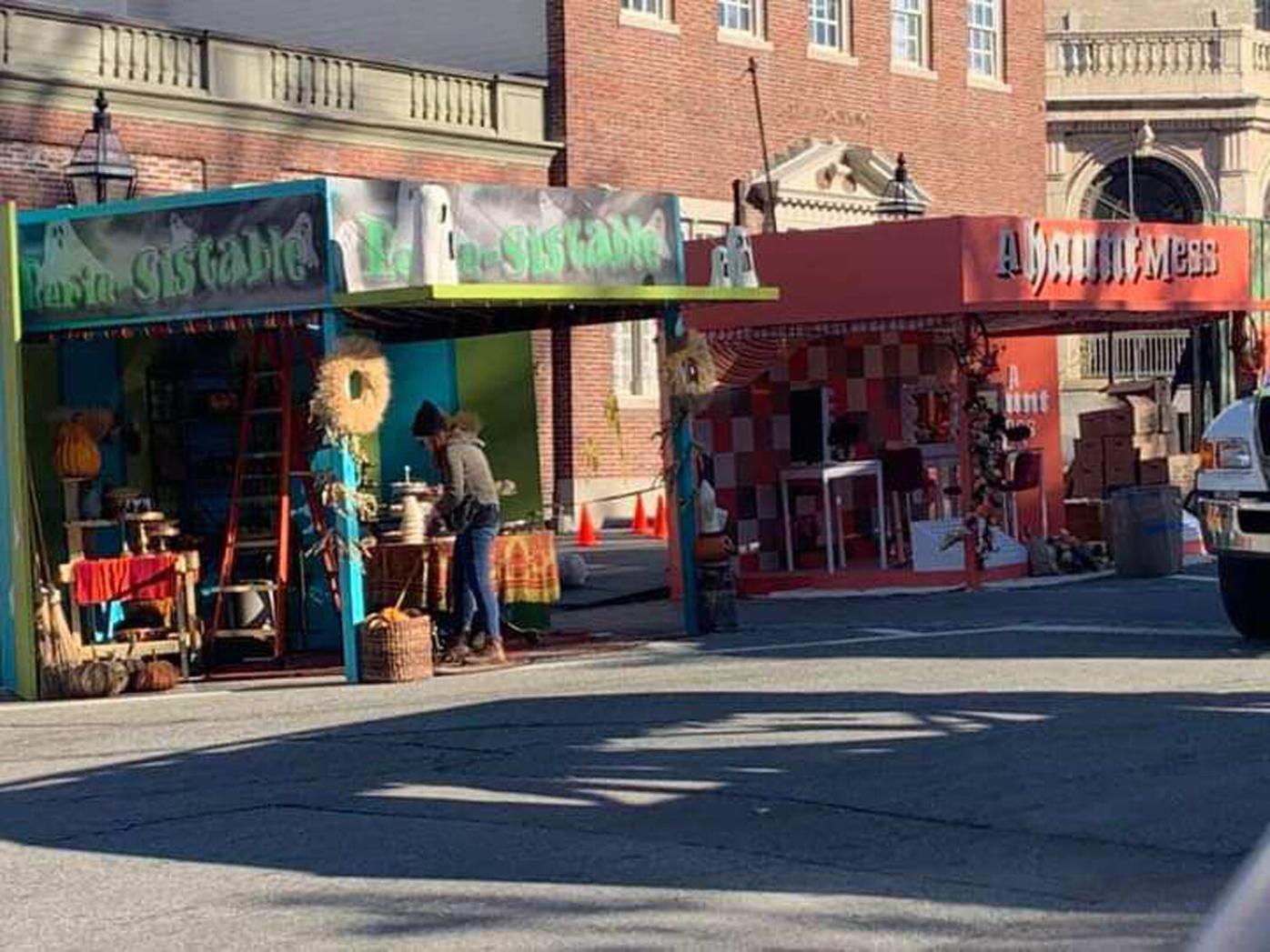 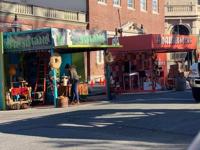 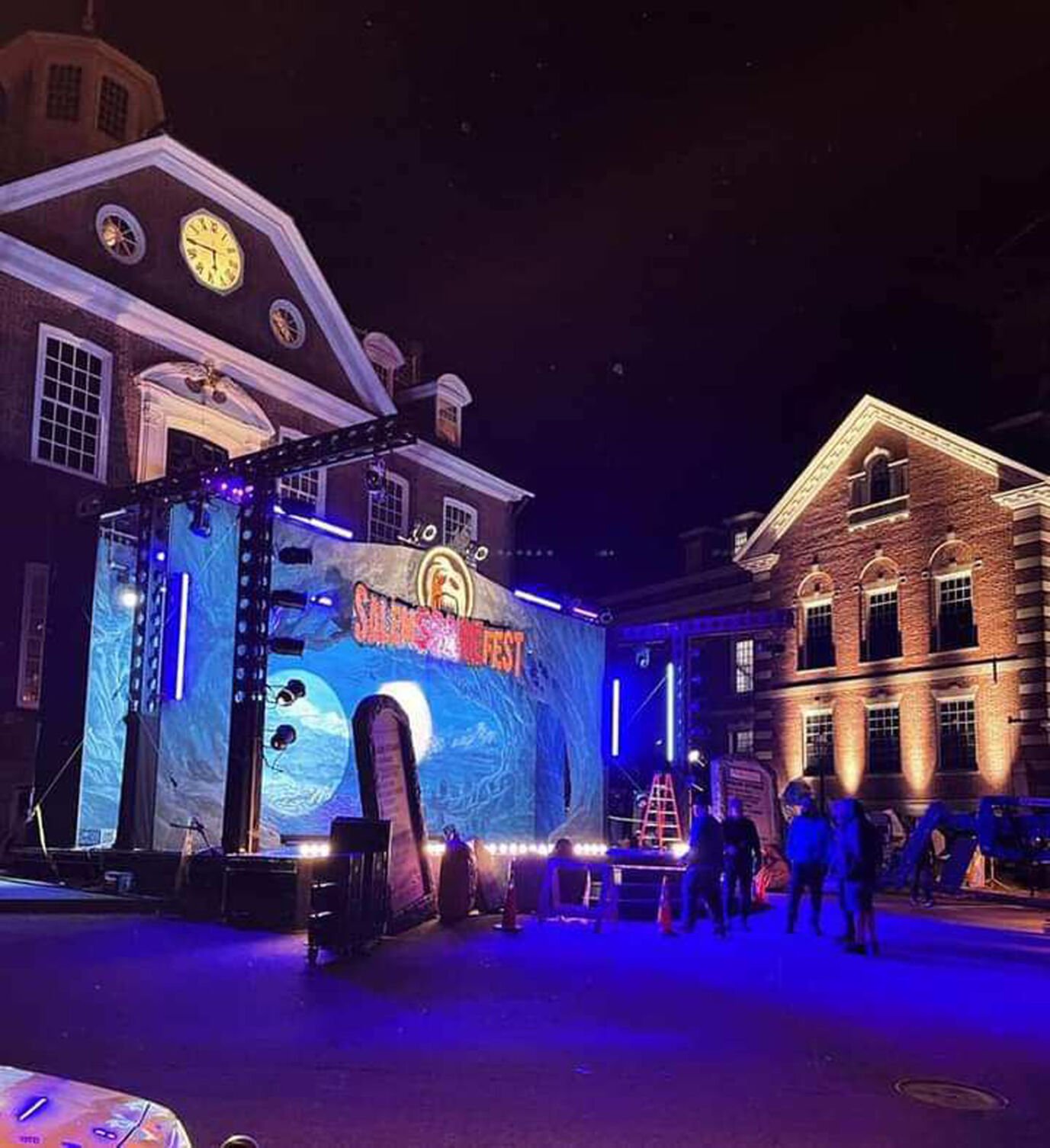 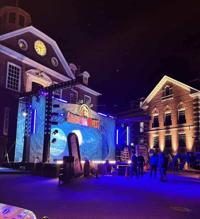 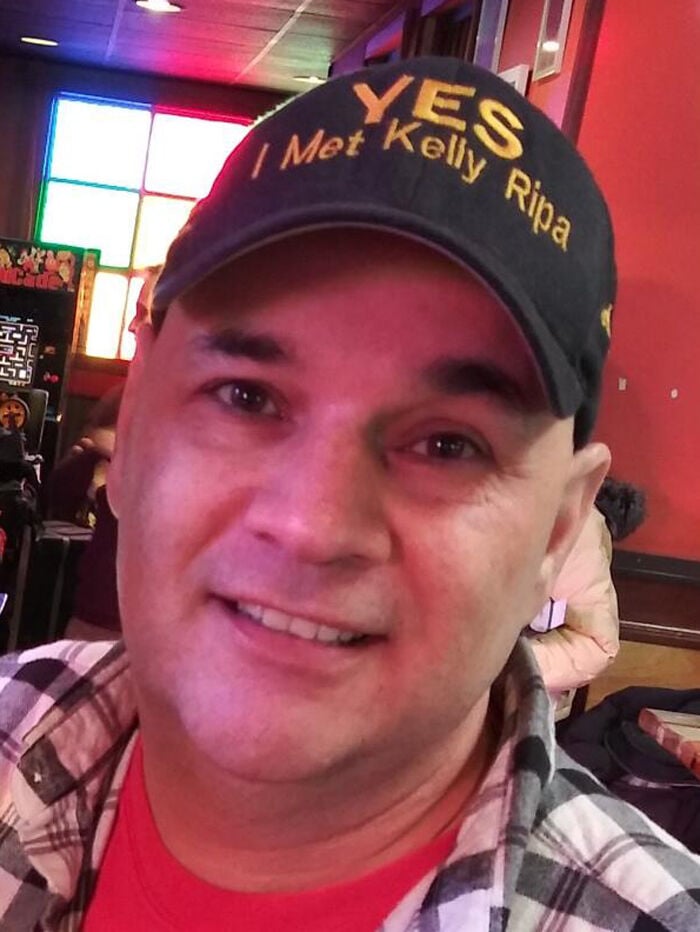 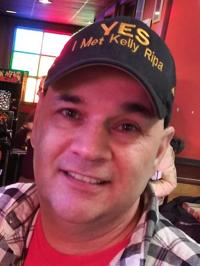 One of the movie sets in Newport where the movie “Hocus Pocus 2” is filming, and where Smithfield resident DM Roy had the pleasure of working as an extra.

SMITHFIELD – DM Roy said he never imagined he’d be rubbing elbows with celebrities during his days working retail, but after a disability put him out of work, he took a leap of faith to begin working as an extra on big movie sets.

Roy filmed on set in Newport, where he saw all three Sanderson sisters appear for the first time filming. Roy plays a boot vendor at a Halloween street festival, saying he had a small interaction with Sara Jessica Parker, who plays Sarah Sanderson in the classic film “Hocus Pocus.”

Roy, who said he grew up watching “Hocus Pocus,” said many of his scenes involve socializing at the street festival or walking in a park at night. Like the original, Roy said “Hocus Pocus 2” takes place all on Halloween night when three girls light the Black Flame Candle, which awakens the Sanderson witches.

The Sanderson sisters still have the goods, Roy said. He said when wearing make-up, all three actresses, including Bette Midler as Winifred Sanderson and Kathy Najimy as Mary Sanderson, look the same as in the first film. He said Winifred still has her high hair and puckered lips, Mary is still talking from the side of her mouth, and Sarah is still as ditzy as ever.

“They got right back into character doing their Three Stooges slapstick comedy together,” Roy said.

The biggest difference he’s seen between the first and last film is the clothing, Roy said.

“The costumes are 100 percent better than the first time. Now they have a budget,” he said, laughing.

During three days of filming, Roy said he watched the Sanderson sisters prepare to film a dancing scene.

“At first we’re all going insane because these are these three iconic characters walking in front of us. After a while, it sank in,” Roy said.

Roy has worked with some big names over the years, and with his experience, he knows the number one rule is to not speak with the actors unless first spoken to. He said he briefly interacted with Sarah Jessica Parker.

“I was so close to them, I was on the verge of talking to all three, but we’re not supposed to. After a while, it’s like, oh, it’s just Bette, Sarah and Kathy portraying these famous, iconic characters,” Roy said.

He said the three actresses walked around the set, which was an outdoor Halloween festival, admiring the set work. Roy said he, too, saw the quality work put into the Newport set, saying it looked like a real festival.

Roy said viewers should pay attention when watching the Halloween festival scene, as many of the characters are dressed in homage to original “Hocus Pocus” and Disney characters.

Roy said his journey to working as an extra in films began when he became sick in the early 2000s, and then decided to take the trip of his dreams and traveled to New York to watch “Regis and Kelly Live.”

Now on disability, he said he could no longer work retail. He did design work, which won him set awards in the past, but he hadn’t done theater since back in high school.

“I needed something to do where I could set my own hours and that wouldn’t break the bank for disability,” he said.

It was at Regis and Kelly when he learned that Kelly Ripa was filming another TV series, which he attended. He spoke with a few people on set and his second act as a TV and movie extra began.

Roy said he left retail, and earned his theater degree at Community College of Rhode Island. He said he does not have the stamina for theater, and could not play the same role every night.

“I have fun. I meet a lot of different people and that’s what makes it fun and makes the day go by,” Roy said.

Roy said he worked with Dwayne “The Rock” Johnson in several films, including “The Game Plan,” as well as Kevin James in “Paul Blart Mall Cop.” He “named-dropped” Leslie Jones, Kristin Wiig, Mel Gibson, and many more.

Roy said two other bucket list movies he recently filmed in include the Whitney Houston biopic featuring Stanley Tucci, and filming in a Hallmark movie “Sugar Plum Twist,” which will be coming out soon.

Later this week, Roy will be decorating the Greenville Public Library for Christmas, and he said he also decorates a few other houses on the side. He is also a full-time caretaker for his mother.