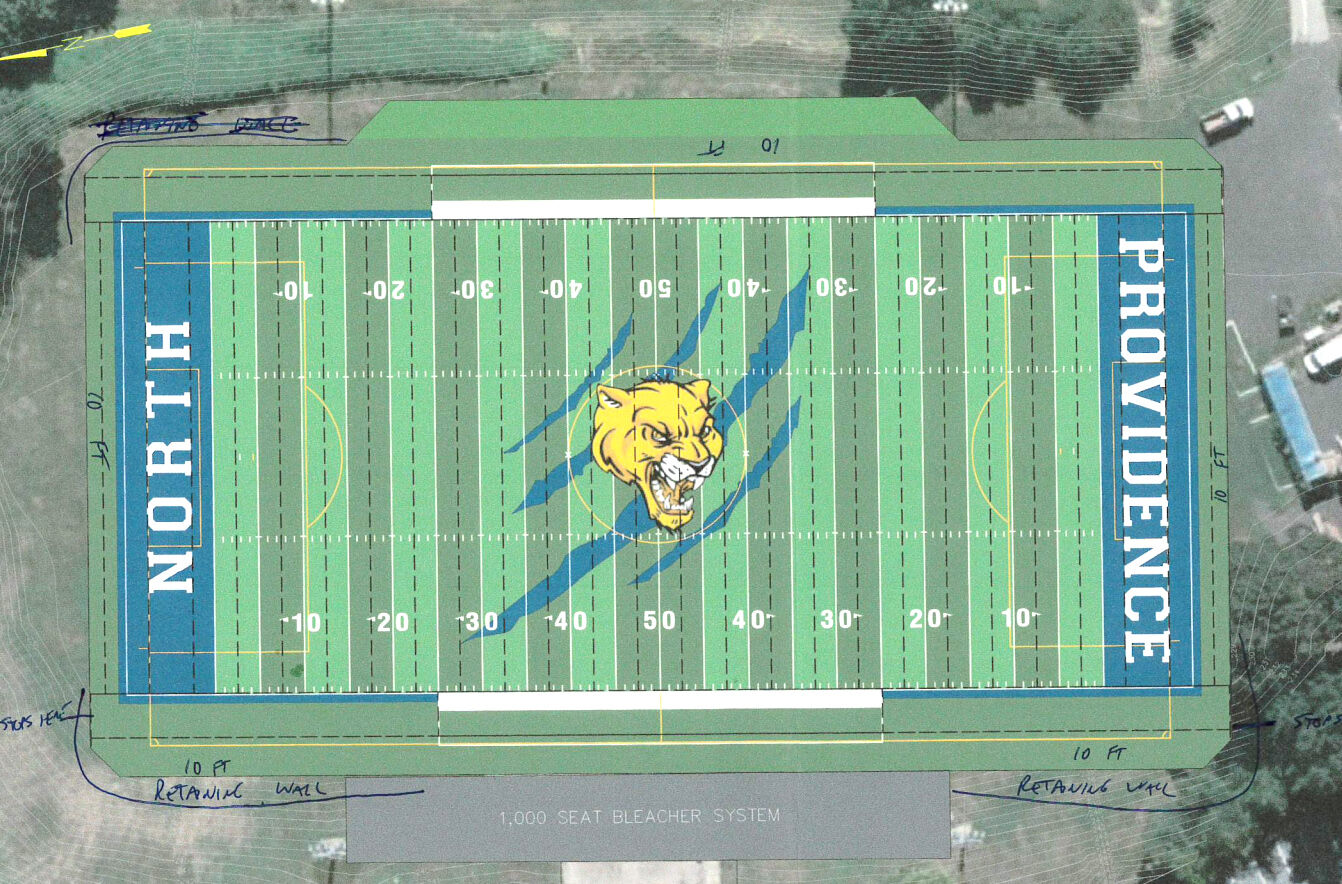 A rendering of the new North Providence High football and soccer field, complete with a 1,000-seat bleachers. 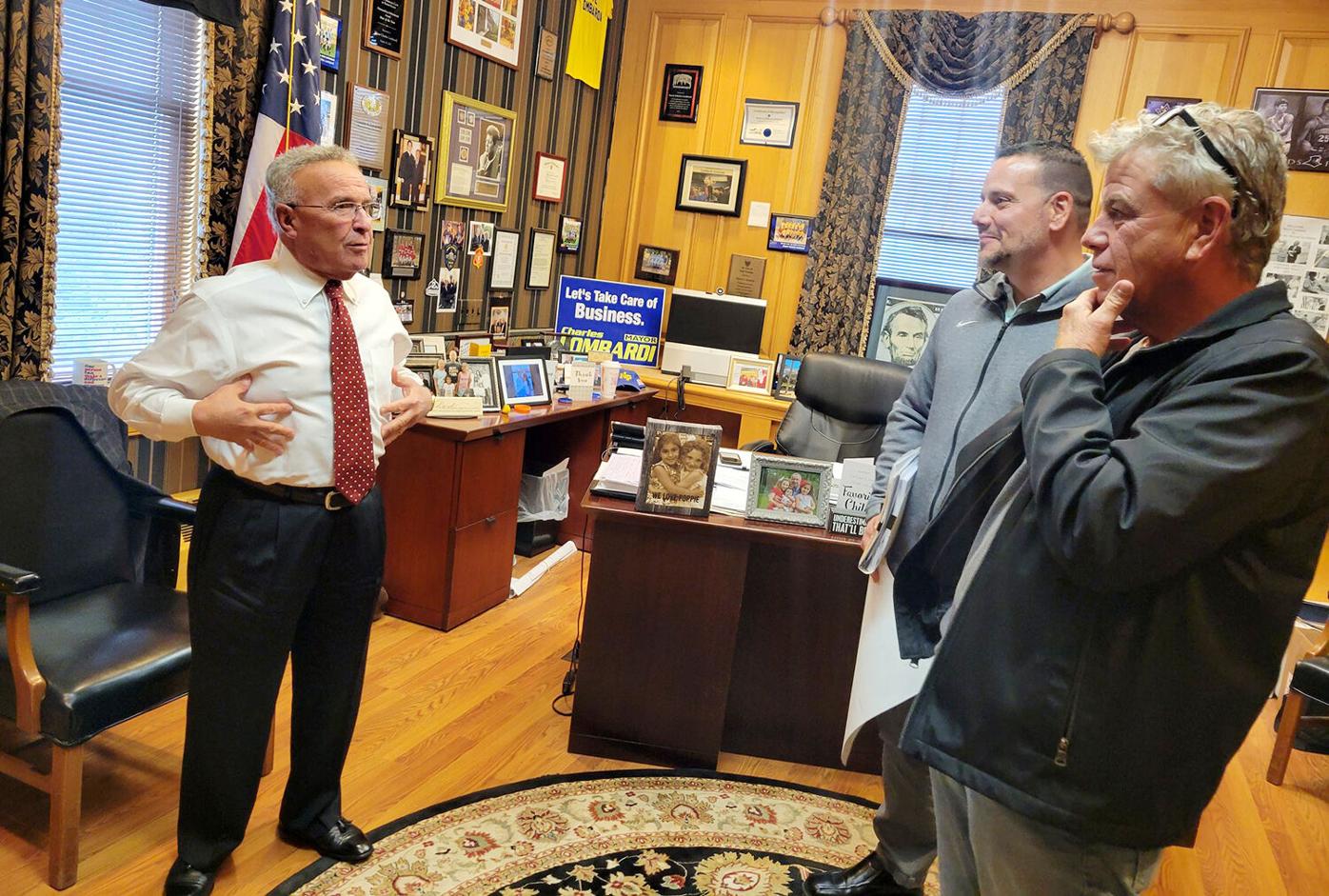 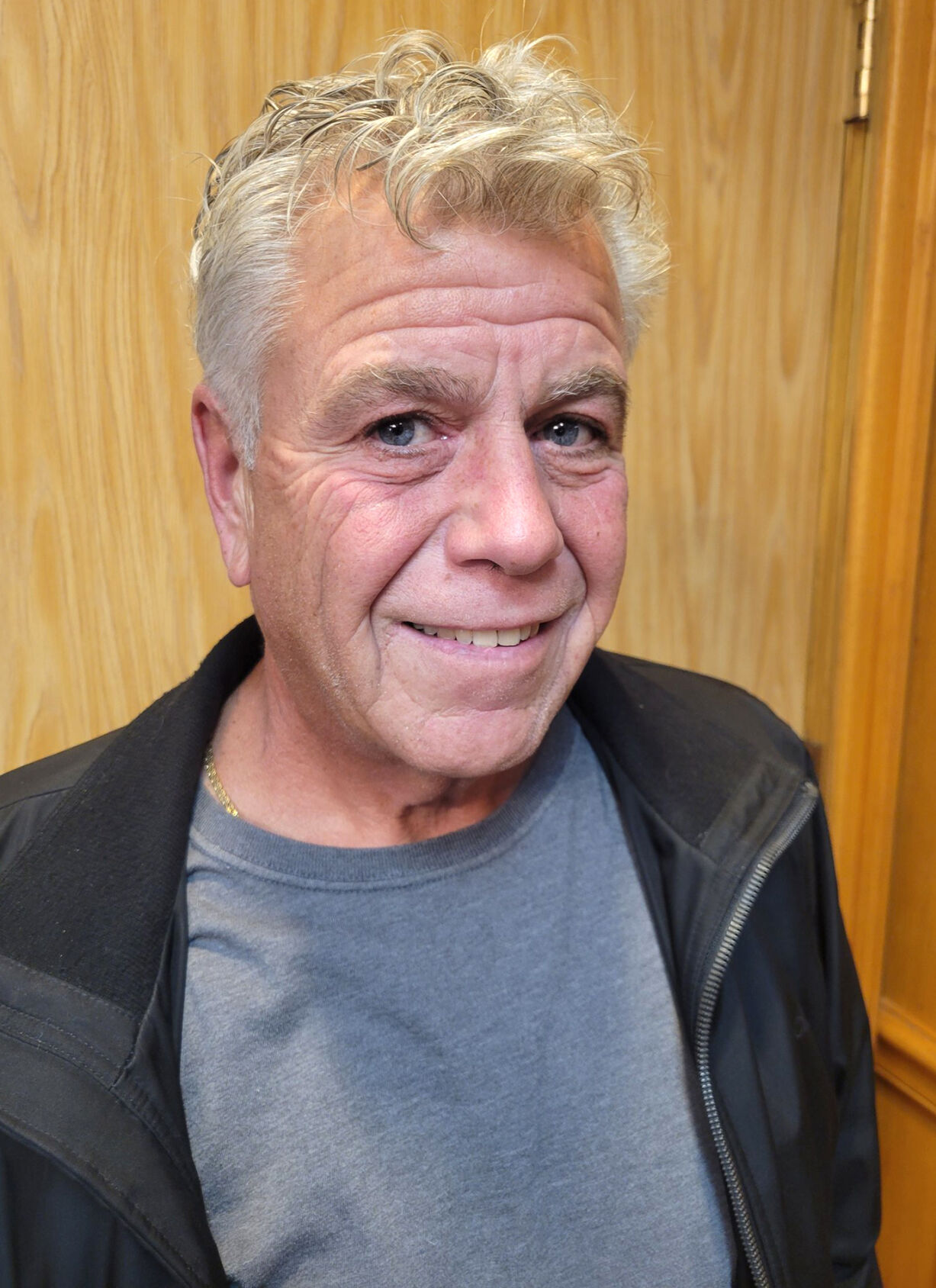 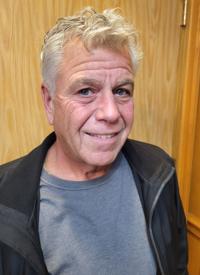 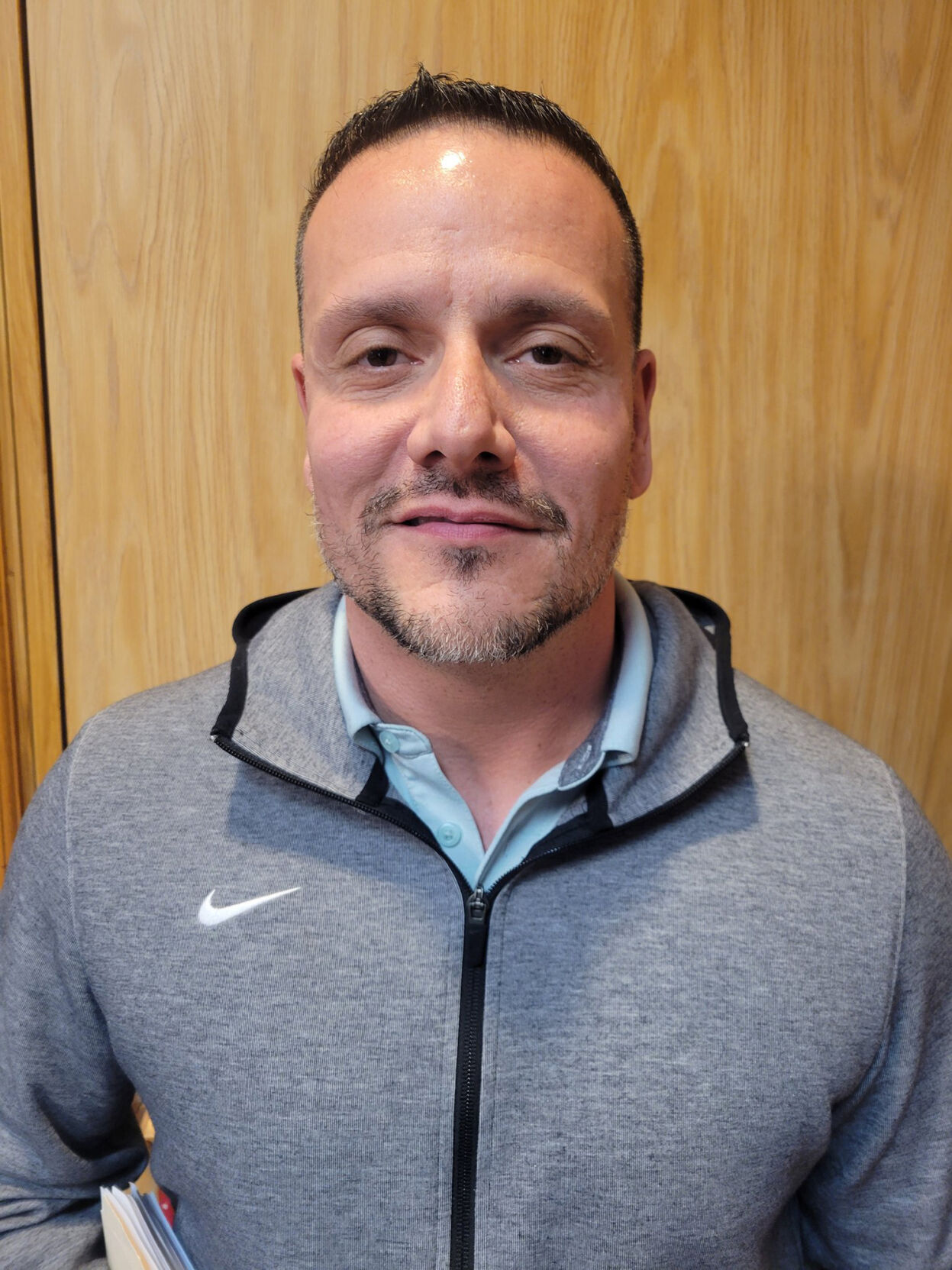 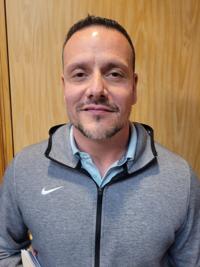 A rendering of the new North Providence High football and soccer field, complete with a 1,000-seat bleachers.

The new home of the Cougars has been “a long, long time coming,” says Mayor Charles Lombardi, and will be a facility all town residents can be proud of.

The $3,165,000 project will also be done with no new borrowing, as the town has $4 million left from the recent $75 million school construction project. Lombardi said he initially wanted to give the money back and save it, but was advised by the town’s financial advisers not to do that but to take advantage of the current interest rate.

“The high school field has been a priority to try to fix for three or four years,” he said.

Purchasing Agent Albert Costa Jr. was told to find the company that would do the job for the most affordable price, and said RAD Sports, of Rockland, Mass., fit the bill. RAD Sports, signed on through a source procurement contract in North Providence, has also been contracted to do a new multi-purpose athletic field at Diamond Hill Park in Cumberland, among others.

The town has been working with representatives from RAD for a few months, said Lombardi, and their ultimate suggestion was to move the field about 25 feet toward the existing stands. That will cut out about three to four rows of stands, but the seating will be substantially widened, expanding the overall capacity from about 800 to 1,000 people.

Jim Fuoroli, who oversees public buildings in North Providence, will be responsible for building the new press box with an addition included. The downstairs concession stand will also be expanded, and new sanitary and ADA accessible restrooms will also be added.

The football field will also include a regulation-sized soccer facility. It was eventually concluded that there is no way to fit a full regulation high school athletic track, with the field widened by 10 feet and lengthened by 20 feet, but there will be a walking track.

The project also includes a new scoreboard and new Musco Sports Lighting, which Fuoroli noted is the best lighting available.

“This field will be built with the best materials of today,” Lombardi told The North Providence Breeze. “This is one of the biggest things to happen in this town in some time.”

With sand and rubber infill, the Shaw Sports Turf Legion NXT fiber system is the very latest in technology, said Lombardi and Costa, and very few others have even installed it yet. RAD Sports will also be taking town employees through an entire maintenance plan, including brushing lengthen its longevity.

RAD determined that the current north-to-south configuration of the field is ideal, and the facility will not be angled as was previously discussed.

Lombardi said he was especially proud of getting the $119,000 scoreboard thrown in at no additional cost. He said it wasn’t initially not included in the overall price tag. He joked with a representative from the company that they should tell their boss that they’d “met another Italian with a thicker head than him,” and that if he included the price of the scoreboard, “we’ve got a deal. Two hours later, the call came to finalize it.

The scoreboard is “gorgeous,” said Lombardi, and is the same one that was recently dedicated to Chief of Staff G. Richard Fossa’s late son Dick in North Kingstown, where he was the former athletic director.

“Tell your boss he got the Charlie Lombardi introduction,” Lombardi recalls telling the representative of his negotiating tactics.

The Department of Public Works maintains town parks, said Lombardi, and the town will be seeking a monthly schedule of use of the field to make sure there are no conflicts with maintenance schedules.

The reason the NPHS field has gotten so bad, said Lombardi, is that it gets so much use. The town is also in the process of mapping out a multi-use athletic field at the Coletti Farm property it purchased.

“That will definitely relief the use or abuse,” he said. “Also with this new surface, the field will be able to withstand the abuse.”

Work on the football field project should begin within the next couple of weeks, according to the mayor, including new water and sewer lines. It should be ready for football season next year.

The new field also won’t need to be striped, and the logo in the center and other features will all be sewn in. The stands will also be enclosed, meaning no buildup of junk underneath and no real maintenance needed, said Lombardi. A new “first-class” sound system will also be installed, said Costa. Other features will include a four-foot fence around the entire field and retaining walls.

Officials have repeatedly discussed the poor shape the current field is in, including its steep sloping action from corner to corner and broken sprinkler system, which causes sinking of the surface.