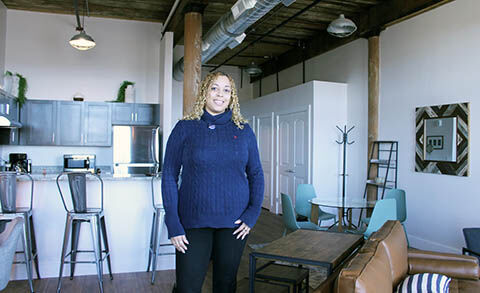 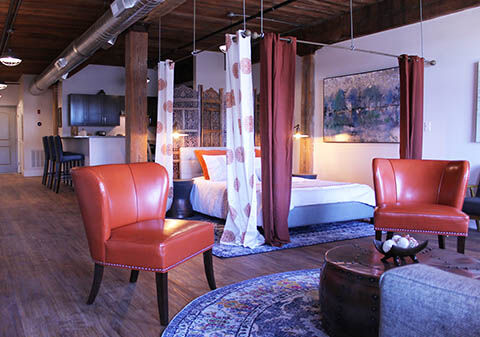 A model unit at The Village Lofts, a new apartment complex, located at 200 Esten Ave. in Pawtucket, behind the Hope Artiste Village, which features 149 loft-style apartments, ranging from 500 to 1,800 square feet. 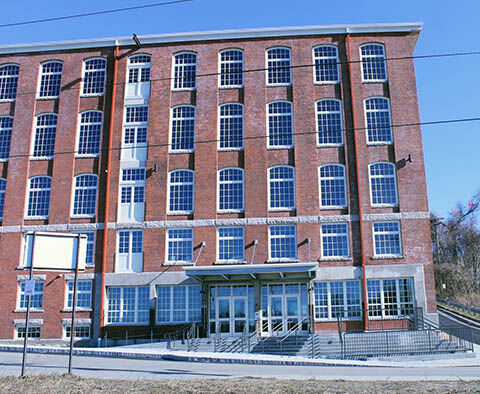 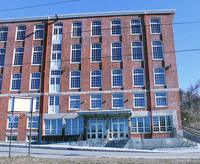 The exterior and main entrance to The Village Lofts.

A model unit at The Village Lofts, a new apartment complex, located at 200 Esten Ave. in Pawtucket, behind the Hope Artiste Village, which features 149 loft-style apartments, ranging from 500 to 1,800 square feet.

The exterior and main entrance to The Village Lofts.

PAWTUCKET – The developers behind a new luxury apartment complex connected to Hope Artiste Village are celebrating their grand opening today, Wednesday, Jan. 22, at 2 p.m., with a speaking program and tour of the building and model units.

The ribbon-cutting ceremony for The Village Lofts, located at 200 Esten Ave. in Pawtucket, is a way to thank local officials for their help in mobilizing the project, Michael Gazdacko, of developer Urban Smart Growth, told The Breeze.

Requests for tours have been coming in every day, and it’s been busy for what’s not usually a busy renting season, he said. “The demand seems to be there.”

The five-story, approximately 140,000 square-foot mill complex contains 149 loft-style apartments, ranging from 500 to 1,800 square feet, and includes 60 to 65 storage units in the building, Gazdacko said. The approximately $39 million project previously received a nine-month extension from the City Council on the start of a 10-year tax treaty, to the end of December, after the development experienced some delays. All of the units are rentals and have open loft-style floor plans, so there are no walls dividing the bedroom, kitchen, and living areas. Except for the fifth floor units, which include a mezzanine, all of the apartments are single-story. The fifth floor apartments include a spiral staircase that leads to the mezzanine, which includes a walk-in closet and vanity with sink.

Monthly rents start at $1,000 and go up to more than $2,000, Gazdacko said. Amenities include a rooftop deck and a fitness room with treadmills, bikes, elliptical machines, kettlebells, and more on the second floor.

The complex connects directly to Hope Artiste Village, which Urban Smart Growth previously developed, via two walkways on the fourth floor, one of which is accessible to the public and the other only to tenants.

The mixed-use Hope Artiste Village contains more than 165 businesses, including retail, services, food, entertainment, and events, including an indoor farmers market. The entire complex has highlighted the “small business and artist-friendly community that Pawtucket has become,” Gazdacko said.

Technology in the apartments includes smart thermostats and smart lock sets that allow tenants to use their phones to unlock their doors. Units are wired for Cox and Verizon.

There are 396 parking spots in the lot directly across the street. Pets are allowed but there are breed and size restrictions.

Gazdacko said there are currently five to seven different model units that show different configurations of how renters can use the space in different ways.

Approximately one dozen people have already moved into the complex since the beginning of the month, and Gazdacko said the apartments have been attracting mainly young professionals and empty nesters who are looking to downsize.

Contractors are expected to still be in the building for the next several weeks, finishing little bits and pieces, Gazdacko said.

“The city has been wonderful to work with,” he said. The help from local officials has been important in making the project a success, he said.

Dylan Zelazo, chief of staff to Mayor Donald Grebien, said it’s exciting to see the transformation of the mill, particularly given its previous unsightly but prominent appearance from Route 95.

The mill, which was listed on the National Register of Historic Places in 2006, was built in the early 1900s. Hope Webbing Company Mill, a textile company, occupied the structure until it was sold in the 1950s to School House Candy, which manufactured a variety of candy such as jelly beans and lollipops through 1998, according to the Village Lofts’ website. Urban Smart Growth purchased the property in 2005 and received state and federal historic tax credits Construction kicked off a year and a half ago and took approximately 18 months to complete, Gazdacko said. The biggest unknown was wood deterioration and replacement, but they allotted extra funds for that and stayed within budget.