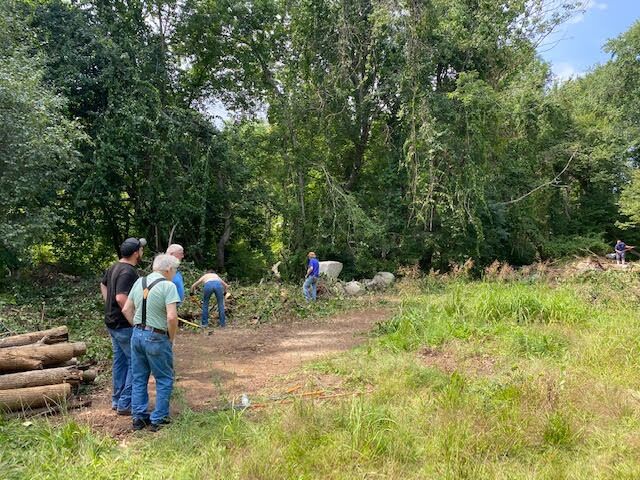 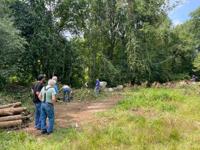 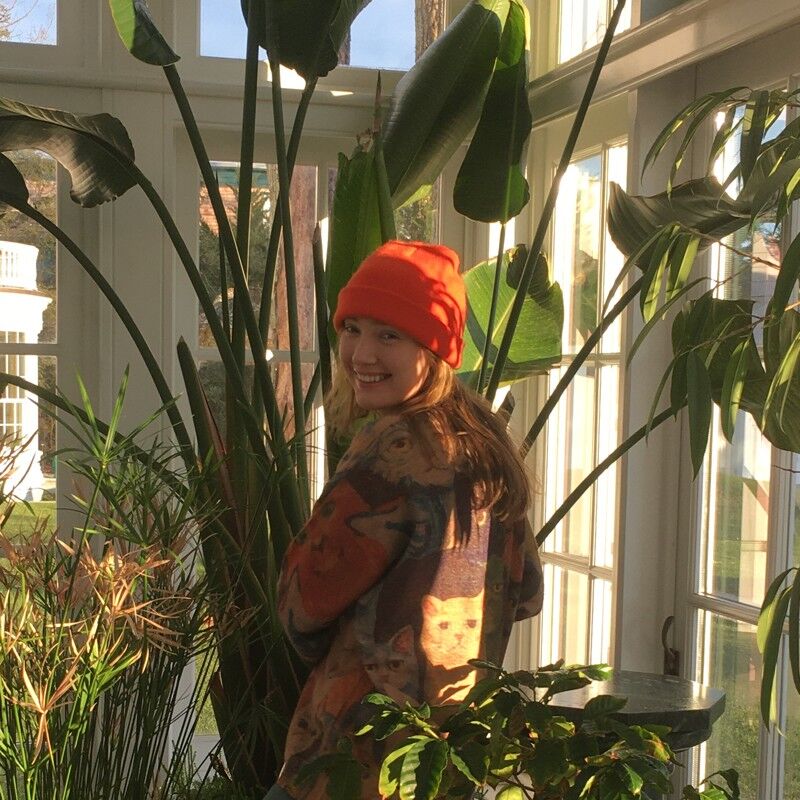 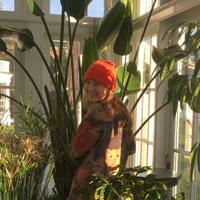 Clare Brown, events and advocacy coordinator for the group, organized and led the event.

“It went so well. We had about 20 or so volunteers come out, some from the community, some from elsewhere,” Brown said. “It was a great energy and great group effort.”

Brown said that as a group, they were able to remove some of the invasive species on the property, clear brush, and pick up trash. They also completed maintenance on the trail.

The group was able to plant six trees along the trail and the nearby neighborhood. The trees were donated by the Rhode Island Tree Council.

“We have been starting to do the work that we can now, to get the momentum going and to engage the community in the design, and keep the neighborhood involved in the asset,” Brown said. “We really just want to keep the community engaged in the progress while we are waiting on the permits, so we do what we can.”

Mayor Charles Lombardi stopped by Westcott Park to see the work being done. He said he wanted to make sure the town of North Providence is doing what it can to help develop the riverfront park.

The Woonasquatucket River Watershed Council partnered with REI, an national retailer of outdoor recreational equipment, which helped to advertise the event. REI, which is holding an “Opt Outside” initiative, reached out to the group after hearing about the cleanup. A donation from the company paid for lunch.

Plans for Westcott Park continue to move forward as the Land Trust and Planning Director Brent Wiegand work together on the initiative. Wiegand said they are in the process of hiring an engineering firm to draft construction plans for the park.

“Once we get permits done, we are hoping to actually start installing some of the things like the boat ramp and picnic tables,” he told The Breeze.

In addition to the proposed boat launch and tables, Wiegand said they are requesting more features for the park than they ultimately expect to get. They are hoping to get the plans developed so they can apply for a recreation grant though the Rhode Island Department of Environmental Management. The grant would be for $100,000, which and Wiegand said would be very helpful if it is received.

In planning for a boat launch, officials say there is a steep slope creating an obstacle, and they assume they will need to install a boardwalk at the bottom of the slope to avoid interfering with the marshy area.