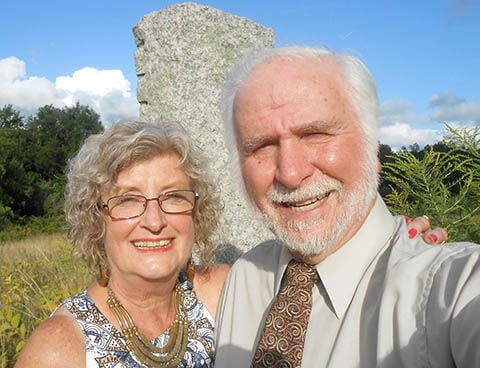 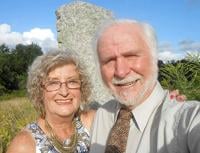 Barbara and John Cullen stand on the land that’s been in the Cullen family for the past 150 years. 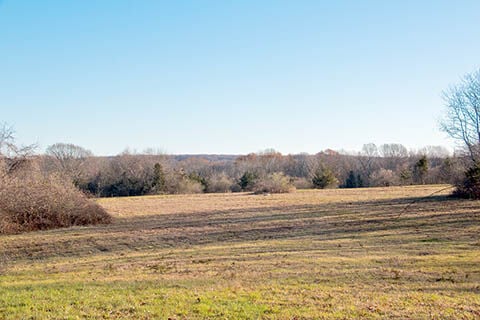 The Whipple-Cullen farmland, across from Lincoln Town Hall, is the site of a proposed condominium development for senior residents. Landowner John Cullen says he wants to maintain and preserve the open fields along Old River Road. (Breeze File photo)

Barbara and John Cullen stand on the land that’s been in the Cullen family for the past 150 years.

The Whipple-Cullen farmland, across from Lincoln Town Hall, is the site of a proposed condominium development for senior residents. Landowner John Cullen says he wants to maintain and preserve the open fields along Old River Road. (Breeze File photo)

LINCOLN – In the words of landowner John Cullen, “the odyssey has ended.”

The Lincoln Planning Board previously denied the conceptual plan in June 2016, with its six members divided on whether the number of units was too many.

While the original proposal included 200 units, the number was brought down to 158, according to Town Planner Al Ranaldi.

Cullen has been fighting to create a conservation area and age 55-plus living community for Lincoln’s seniors for 25 years. Only two families, the Whipples and the Cullens, have owned the land through history, with the latter owning the property for the last 150 years.

The proposed one-story condominiums would be built on the 79-acre lot on Old River Road across from Lincoln’s Town Hall and Police Department. The lot is currently undeveloped farmland, including sloping, open fields and wooded areas. About half of the acreage will be left as undeveloped conservation land.

Cullen said he feels a kinship with Odysseus following the SHAB’s decision, which he saw was wrong and hurtful to his family. He said they’ve “been trying for years to do something good and preserve more than half of the land rather than do a cookie-cutter expansion.”

“The many people who want this project to move forward are elated. We’ve suffered a lot, but I think the years we’ve put into this will be worth it,” he said. “This is going to be such a wonderful addition to the Lincoln community.”

He said it will be the “pride of Lincoln and the Blackstone Valley.”

Cullen, who grew up making memories on the land, said he used to sell off lots to those who loved the land and opposed its development. Many neighbors have enjoyed his family’s farm as a back yard.

“Then, they turn around and oppose it when I want to open it up to seniors,” he said. “I could have lined Old River Road with houses years ago, but that would have injured mine and my family’s soul.”

Cullen said those who oppose his plan for the property have “run the day for almost 25 years … but we stood the course and it looks like we’ve prevailed for the benefit of my beloved town of Lincoln.”

He added, “We didn’t want a McMansion development. That would have ruined the views, scenic and historic value – the soul of the land.”

Cullen began the appeal process before the SHAB in April of last year, nearly two years after the Planning Board voted 3-3, effectively denying the project. SHAB members said the case was unique because the Planning Board voted down the proposal despite generally favorable opinions of the development from town officials such as Ranaldi and Town Administrator Joseph Almond.

“When this was in front of the Planning Board my phone rang every week about people inquiring about the units in a positive way,” Ranaldi said, noting that Lincoln has a demand for affordable senior housing as people age out of their large, two-story homes.

The community will not drain revenue from the town’s public services such as plowing and garbage pickup, Ranaldi said. He added that the likelihood of school-aged children in the development is very low.

If no one appeals the Housing Board’s decision, the development of the community can proceed to the preliminary plan review phase, which includes engineering roads, utilities and stormwater runoff and matters of regulatory compliance.