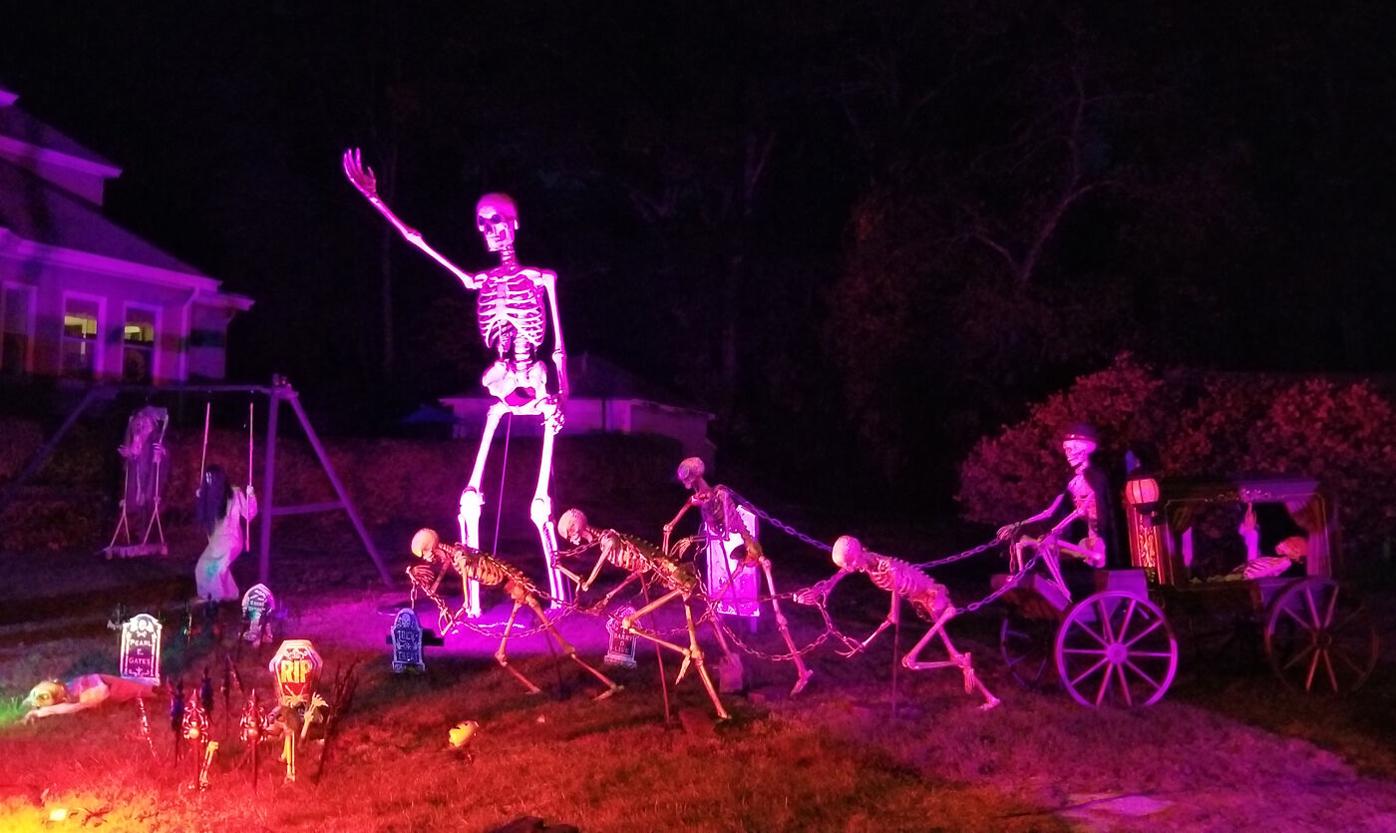 Skeletons rule the night at David and Kristin Nadeau’s house at 263 8th Ave. 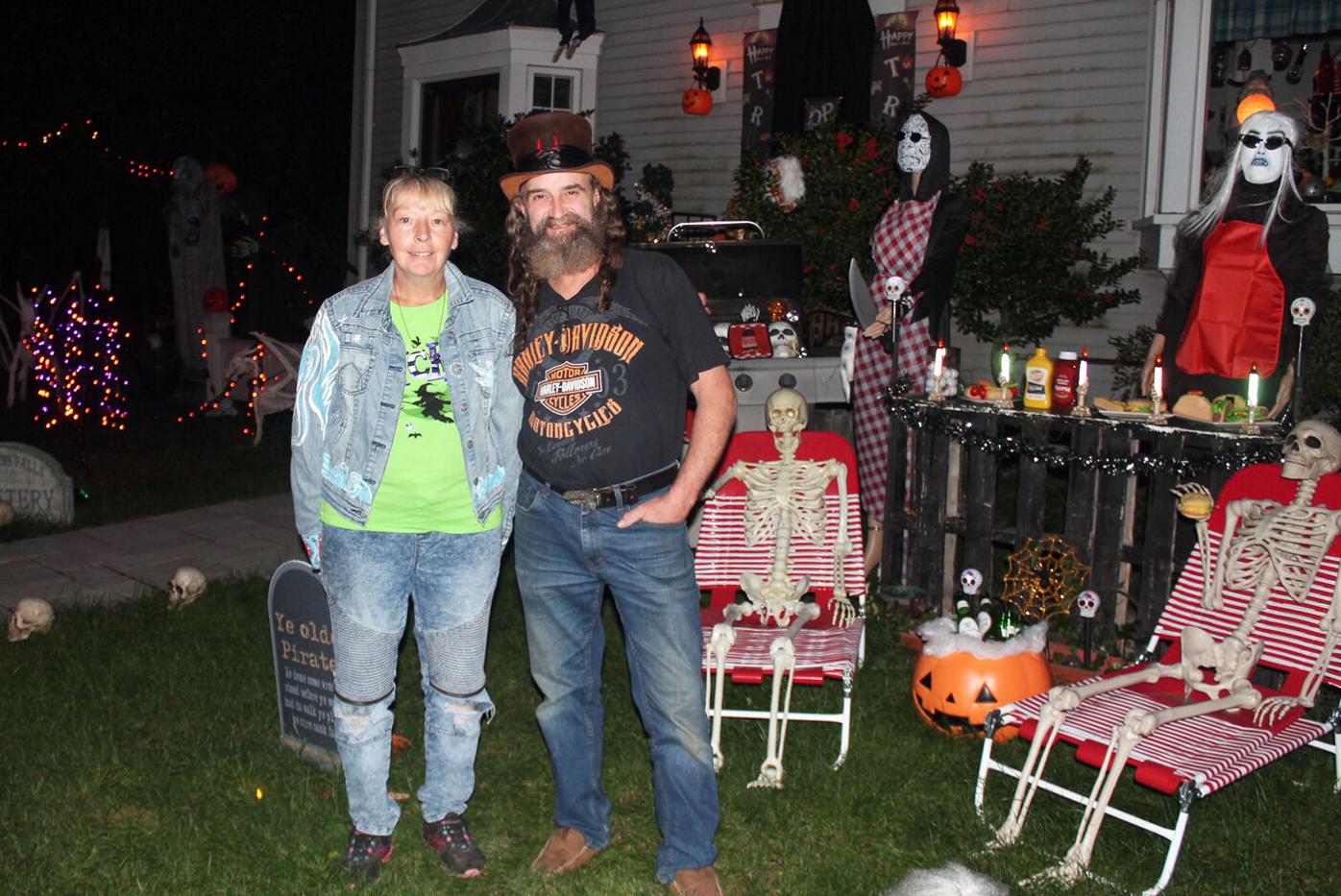 A skeleton barbecue is one of many spooky sights on display outside Cynthia Vanasse and Russell Marchand’s home at 443 Privilege St. 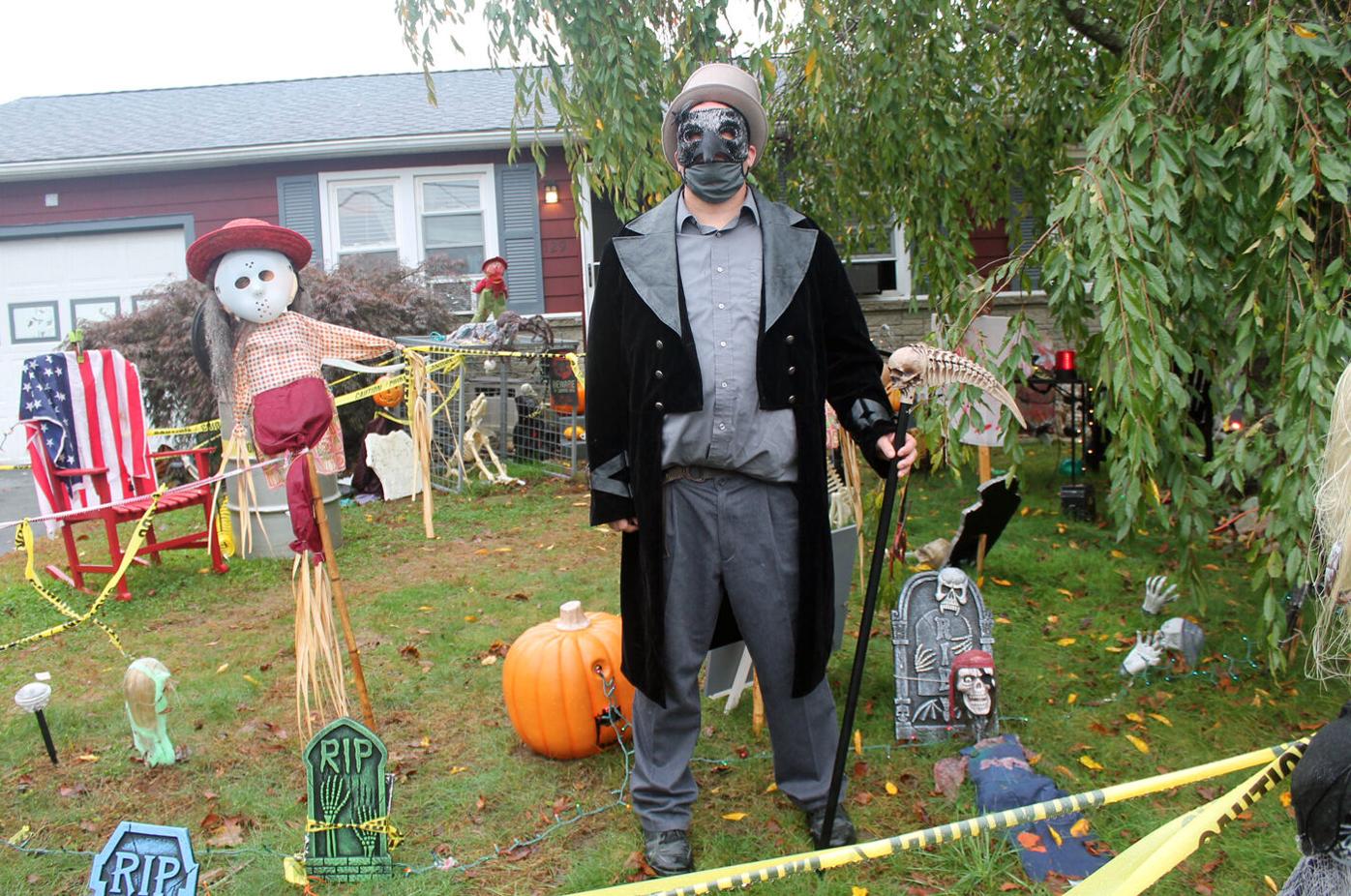 James Renaud, dressed as “Dr. Birdman,” stands outside the Halloween trail he and his wife, Amy, create at 129 Lemay Road.

Skeletons rule the night at David and Kristin Nadeau’s house at 263 8th Ave.

A skeleton barbecue is one of many spooky sights on display outside Cynthia Vanasse and Russell Marchand’s home at 443 Privilege St.

James Renaud, dressed as “Dr. Birdman,” stands outside the Halloween trail he and his wife, Amy, create at 129 Lemay Road.

WOONSOCKET – As the end of October approaches, Woonsocket residents are showing off their spookiest holiday decorations, with some displays shining particularly bright among the Halloween haunts.

At 443 Privilege St., Cynthia Vanasse and Russell Marchand have assembled a ghastly collection of skeletons, vampires and other undead creature that often cause passing drivers to slow down for a better look. Vanasse decorates the two-story home inside and out for a display that Marchand said takes them three full weekends to assemble.

The couple visits Salem every year and draws inspiration from items they find in stores or by the side of the road, like an old pink children’s car that now sports a ghoulish driver. Visitors to the home on Halloween night will find a family of skeletons enjoying a barbecue and a vampire keeping watch over the front door. Vanasse said she makes more than 200 candy bags to prepare for trick-or-treaters in their busy neighborhood.

“I enjoy doing this. It’s fun, it’s relaxing, and I enjoy the little details,” she said.

Over in Fairmount, David and Kristin Nadeau’s display is standing tall above the rest with a 12-foot-skeleton overlooking their yard at 263 8th Ave. David, the decorator of the family, said he enjoys using homemade materials like drop cloth and paper towels to add gruesome touches to store-bought skeletons. Over in one corner, a team of skeletons pulls a carriage through the underworld, while in another, one unfortunate skeleton has found himself a meal for the rest.

“It’s taken us since the beginning of October, and we still have a few things we’re putting out,” he said last week.

David said the frightening display started last year as a project to take on during the pandemic. Now, he’s already making plans for next year’s display.

“My favorite holiday is Halloween, because you get to be more creative,” he said.

“We kind of dedicate the trail to them, their memory,” she said.

“Mayhem Lemay Road,” as the trail is called this year, features a cast of characters played by the couple’s family and friends. James, who dresses as “Dr. Birdman” for the occasion, said even the kids get involved with decorating.

“My husband and I, we’ve always been big on Halloween. We even had a Halloween wedding and everything,” Amy said.