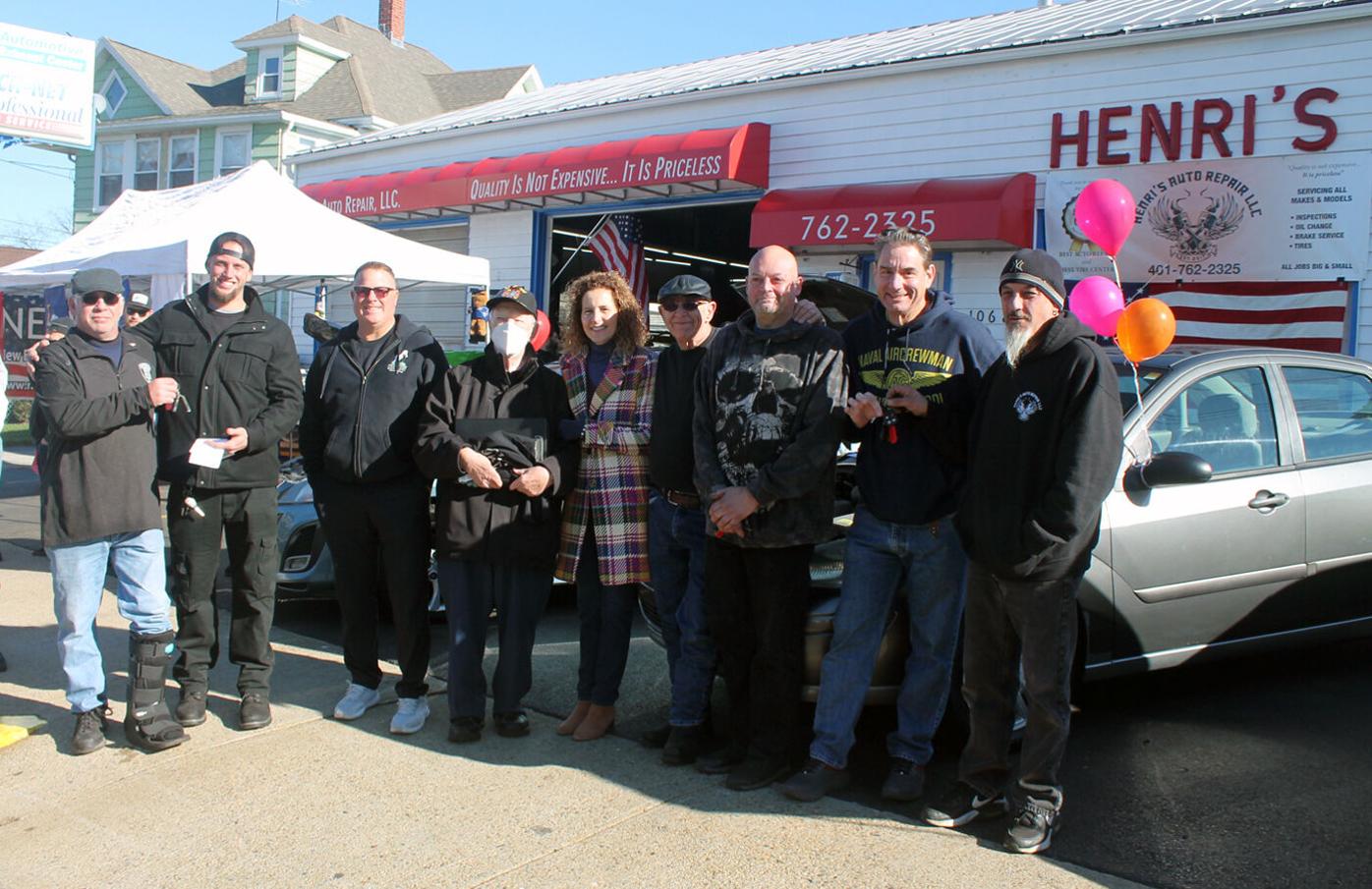 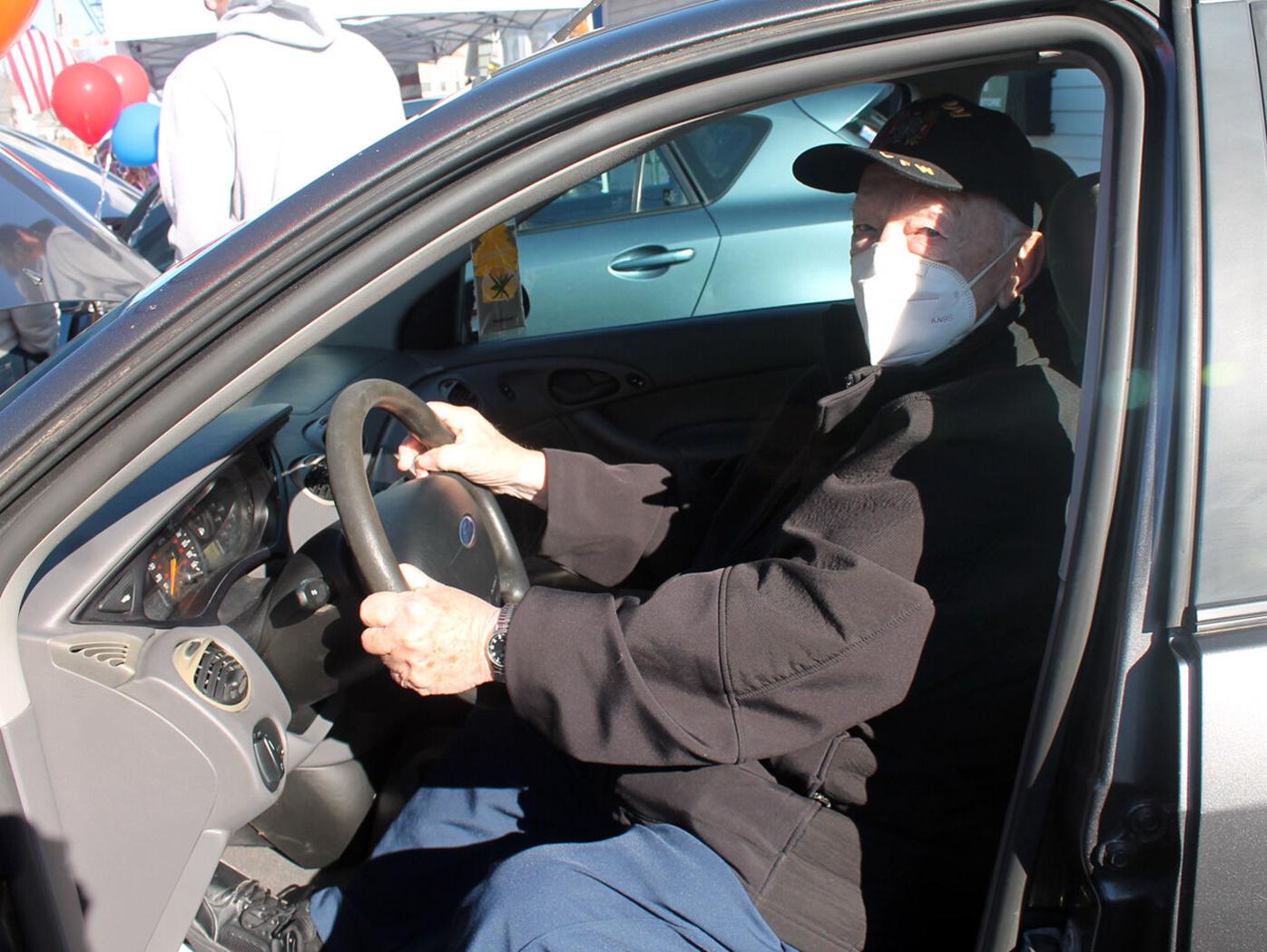 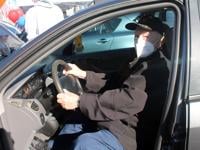 Richard Mandeville of Dartmouth, Mass., gets behind the wheel of his new 2003 Ford Focus. 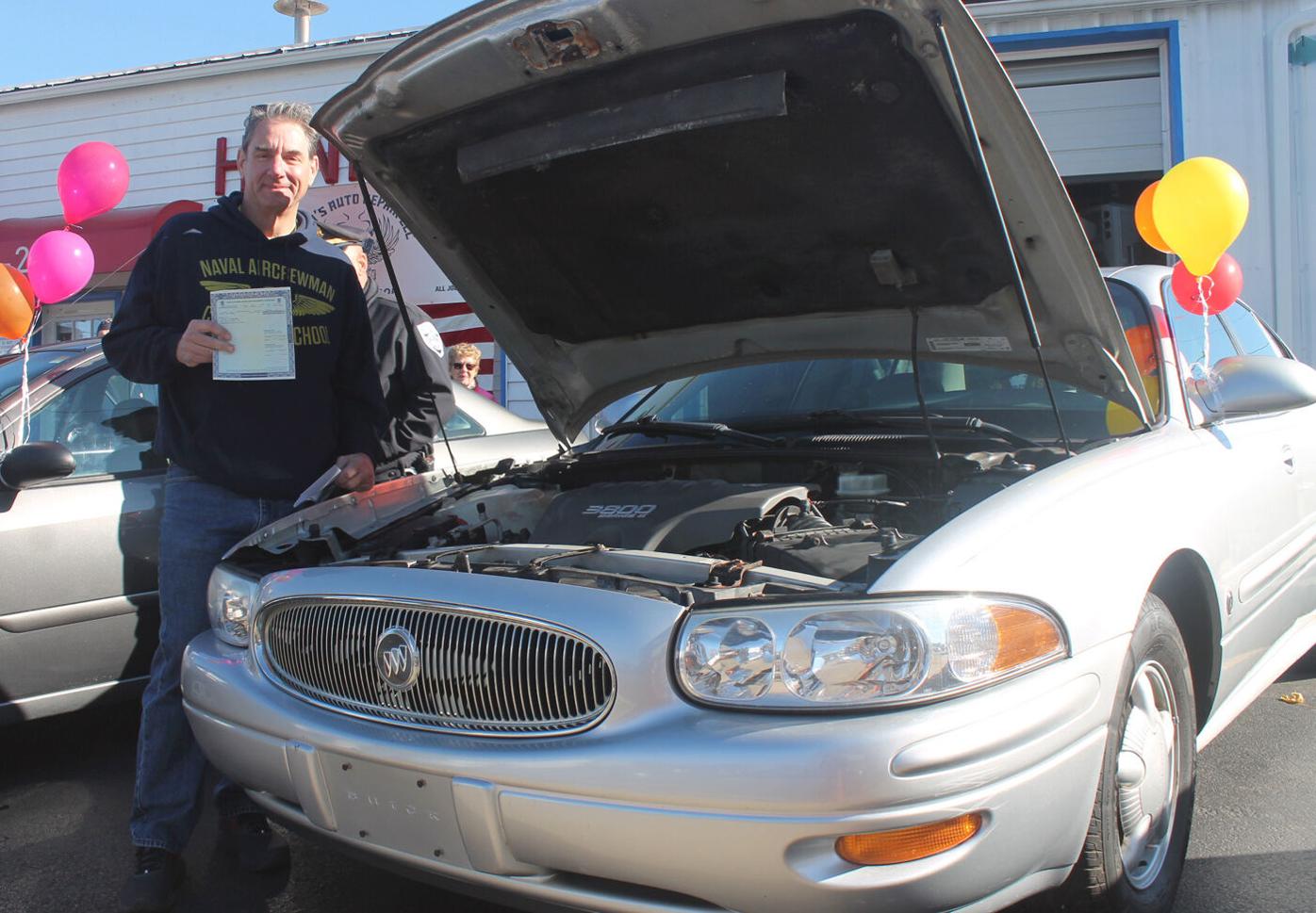 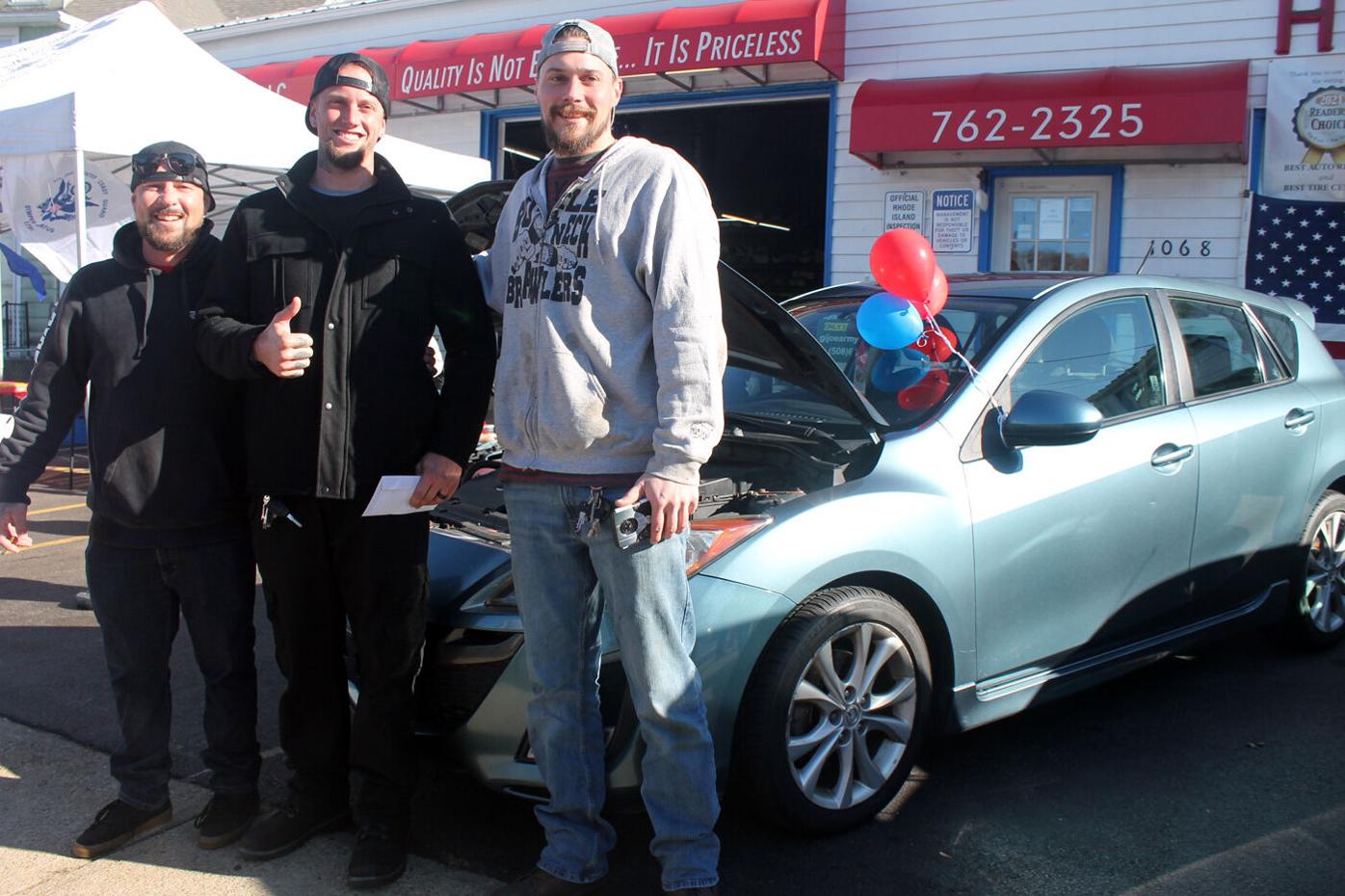 Seth Guy of Burrillville, center, poses with friends next to his new 2011 Mazda3 Sport.

Richard Mandeville of Dartmouth, Mass., gets behind the wheel of his new 2003 Ford Focus.

Seth Guy of Burrillville, center, poses with friends next to his new 2011 Mazda3 Sport.

Henri’s Auto Repair on Park Avenue and New Englanders Helping Our Veterans, an organization based in Burrillville, have spent the past three years fixing up used vehicles and donating them to veterans in need. For their third giveaway, the organizations awarded three vehicles in a random drawing supported by donors and the efforts of the Henri’s crew.

Seth Guy of Burrillville didn’t know that his mom, Jill, had submitted his name for the drawing until he got a call from a friend earlier this month. He was one of the three recipients selected in a live drawing on WOON Radio on Nov. 12.

Guy, who graduated from Burrillville High School in 2008, served four years as an Infantryman in the U.S. Army. His service included two deployments to Iraq in 2009 and 2011.

Guy now works at Certified Chimney Inspections in North Smithfield. He said his current truck is falling apart, and this couldn’t have happened at a better time.

“It’ll get me to and from work reliably,” he said.

Bill Ashton of Pawtucket said he was also excited to learn he was one of the winners in the drawing. The New Jersey native enlisted in the U.S. Navy as a hospital corpsman at the age of 17 and served four years from 1981 to 1986.

Ashton, who spent time as a teacher in Pawtucket schools, said he now serves as a caretaker to his former wife, who has dementia.

Richard Mandeville of Dartmouth, Mass., was one of eight siblings growing up in the 1940s. He served three years in the U.S. Air Force between 1968 and 1972.

“I had six brothers, and one sister, and every one of the boys were in the service,” he said.

Mandeville, now 82, said he’s stayed involved with VFW organizations over the years and learned about the contest through them. He drives a 2008 Chevy Impala, which he hopes to donate back to the effort if it proves roadworthy.

“Would you believe that it died the day I got the news last week?” he said.

The three winners learned of their good luck earlier this month, but they did not know which car they had received until they arrived at Henri’s on Saturday for a giveaway event that included raffles and remarks by Mayor Lisa Baldelli-Hunt. Bill Gately, co-owner of Henri’s along with Dave Lambert, placed the three vehicles titles in unmarked envelopes and allowed the winners to select at random.

By the end of the morning, Guy found himself the owner of a Mazda3 Sport, while Ashton went home with a Buick and Mandeville won the Ford Focus.

Though the vehicles were used, each car received between $3,000 and $4,000 in parts and about 20 hours in labor to get it in good condition, according to Gately. Ray Kowal, master technician at Henri’s, was in charge of getting the vehicles ready for their new owners.

“They’re going to good homes, people that really need them, and it’s nice to give something back,” Kowal said.

Most of the parts, he said, were donated. Kowal said one junkyard in New York even contributed an engine block for the cost of shipping after learning the cars would be going to veterans. Local sponsors included WOON Radio, New England Farms, Burrillville Motors, Napa Auto Parts and Woonsocket Auto Salvage.

Along with parts, customers donated their old vehicles or gave cash to support the effort. Sheila Turcotte, a Henri’s customer who joined the recipients at Saturday’s event, donated in memory of her grandson, Spc. Matthew Turcotte. Turcotte was a North Smithfield High School graduate who died in an Army training accident in Colorado in 2017.

Baldelli-Hunt also joined in the celebrations, congratulating the winners and complimenting the team at Henri’s. She envisioned the effort spreading beyond Woonsocket and getting a boost from car dealerships in other areas.

“To think that ordinary people like all of us, of you, can do it, that means others can do it too,” she said.

Gately said he already has two cars in the works for next year. The recipients on Saturday also received gas cards and funds to help with vehicle registration fees.

Congratulations to Henri's and all of the people who helped in this endeavor. They are truly people with giving hearts. However, it's too bad that the mayor felt the need to get in with another photo op. From the article, it doesn't seem that she had anything to do with it.