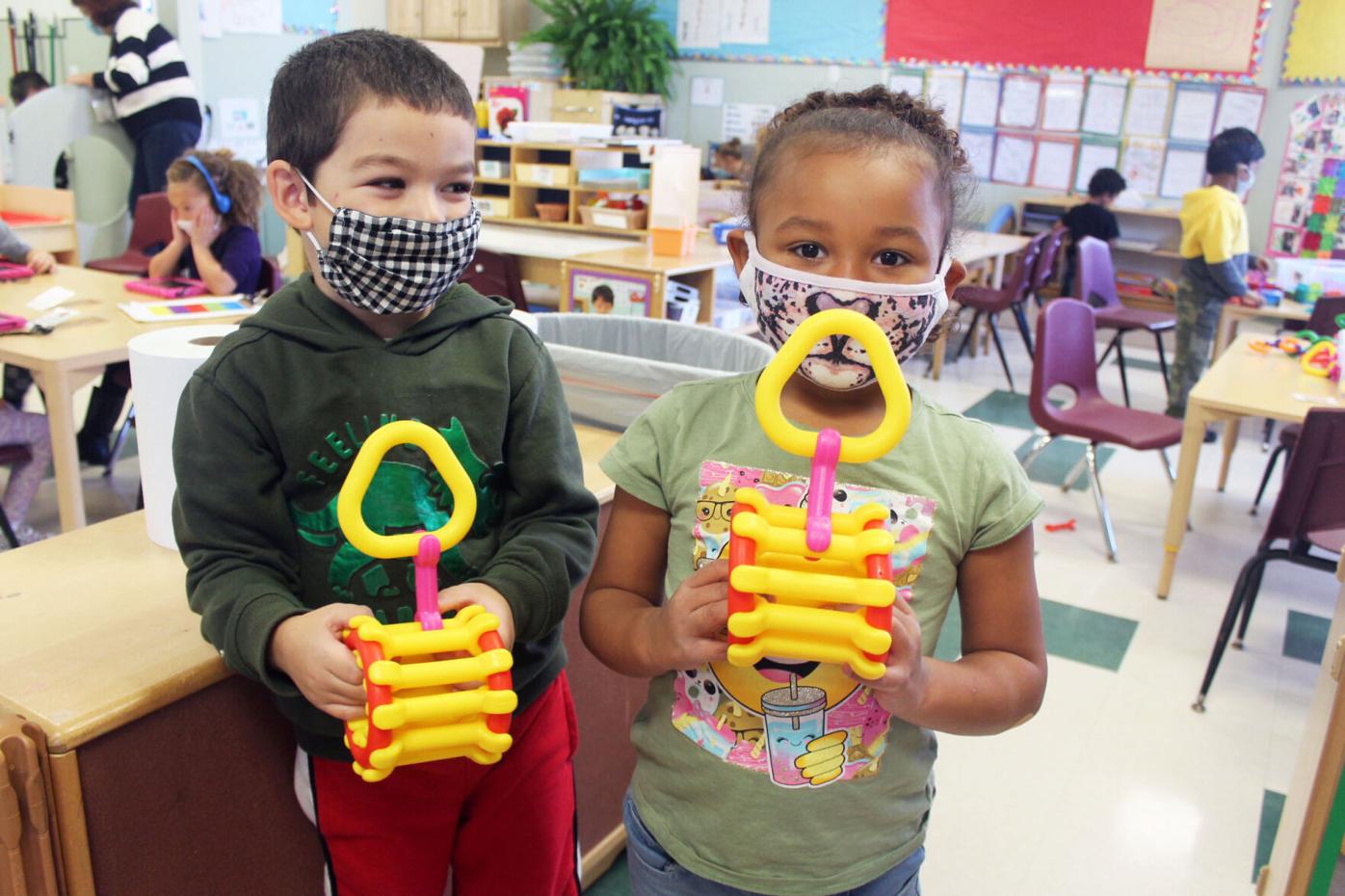 Korben Hayworth, 4, and Samara McClair, 4, show off their creations in their pre-K classroom at Woonsocket Head Start on Nov. 19. Like many providers around the state, the organization is facing staffing shortages and long wait lists for families as they deal with challenges that many providers have described as a childcare crisis. 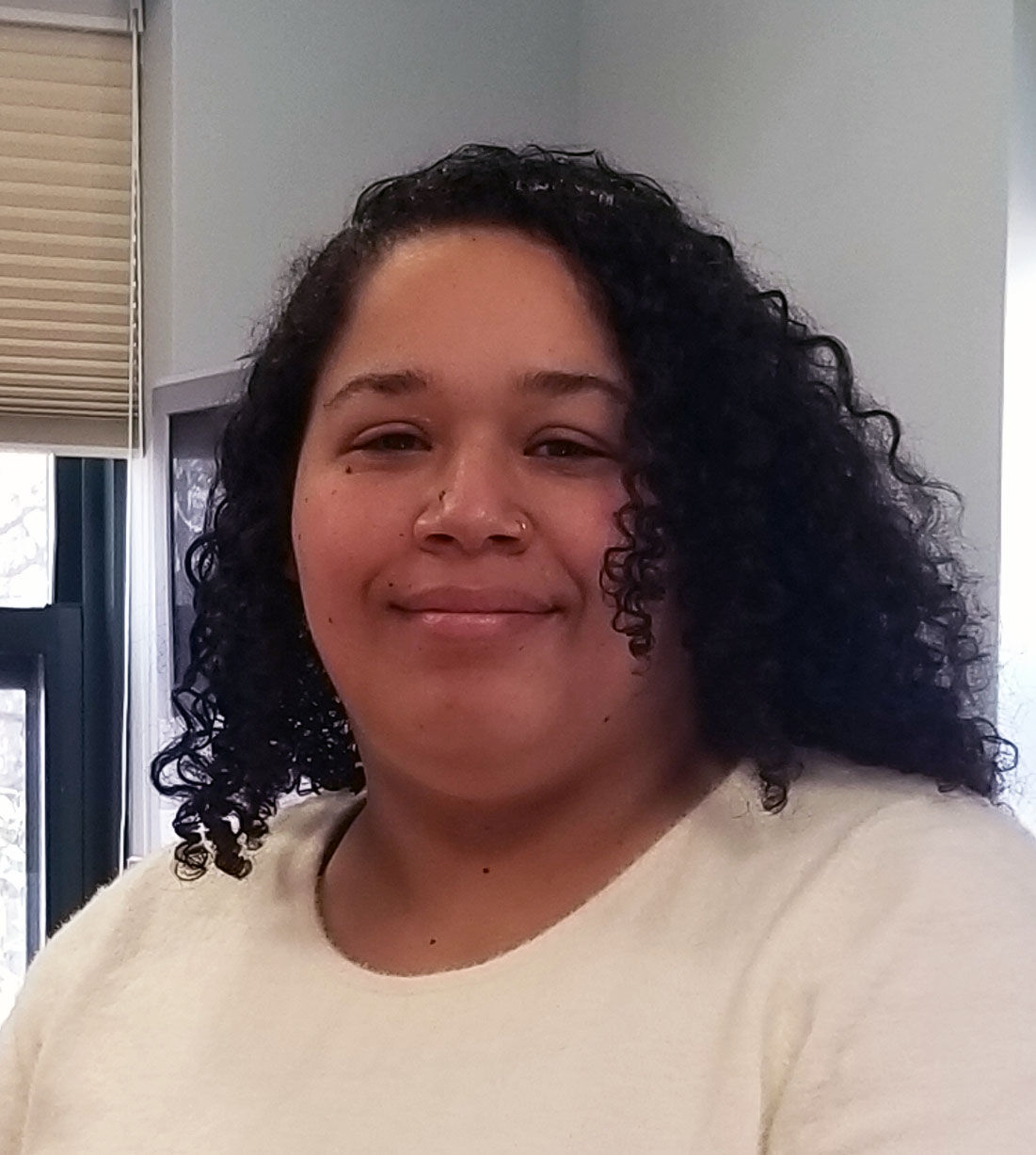 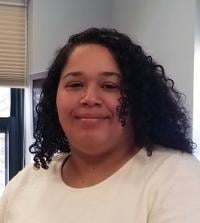 Korben Hayworth, 4, and Samara McClair, 4, show off their creations in their pre-K classroom at Woonsocket Head Start on Nov. 19. Like many providers around the state, the organization is facing staffing shortages and long wait lists for families as they deal with challenges that many providers have described as a childcare crisis.

The Woonsocket resident and single mother of four first discovered her passion while working in the bakery department at the Bellingham Stop & Shop and later attended Johnson & Wales University. When The Valley Breeze first interviewed her last May, she was working at a chocolate shop in Milford, Mass., with plans to open her own cake business, Jade’s Flour Shop, over the summer.

All of that came crashing down, however, due to a problem that many parents and childcare providers say is reaching a crisis point around the state.

“Daycare was tough. My mom was the one who’s been helping me through this,” she said during an interview at the Woonsocket Head Start offices on Warwick Street last month.

Since the start of the pandemic, Shaver said, she has relied on her mother to help with childcare for her four children, ages 2 through 9. Her two oldest are in school, while her two youngest are currently on a waitlist to get into Head Start’s childcare and pre-K programs after applying in August. Shaver said she didn’t expect to be placed on a waitlist, as her two oldest did not have any trouble getting into Head Start’s programs when she applied for them several years ago.

“I know how much Head Start affected my children. It totally affected them, they just became little people coming out of here,” she said.

Though her mother had been caring for all four children, Shaver said the arrangement wasn’t working anymore due to her mother’s fibromyalgia. She cut back her hours at the chocolate shop to part-time, a situation that created stress with her coworkers as she tried to balance her home and work life. In October, she left her job for good and applied for unemployment benefits, putting her plans to buy a home and open a business on hold until she can find childcare.

Complicating the issue, she said, is the fact that her son, Abel, is currently being tested for special needs. At four years old, she said, he just started speaking in September and sometimes had trouble interacting with other children. Earlier this year, he was accepted into a private childcare program, but the arrangement did not work out because of his needs. Shaver said she’s hopeful he’ll be able to get into Head Start when the program rearranges some of its placements in January.

“I really have to be and will be hopeful at this point because if not, I have nothing else,” she said. “It has to get better.”

According to Mary Varr, executive director of Woonsocket Head Start, Shaver’s experience is not unique among parents. As of late October, the organization had a waiting list of 38 infants and 82 toddlers for tuition-based childcare and 170 children for tuition-based pre-K. Many of those families qualify for childcare subsidies through the Rhode Island Department of Human Services. The organization also offers publicly-funded pre-K under the Head Start or R.I. Pre-K programs, with a separate waiting list for those families.

While the factors behind the childcare shortage have been building for a long time, Varr said, like most things, they were worsened by the COVID-19 pandemic and the ensuing employment shortage. In the first two months of the school year, she said, nine of her staff members left due to stress or to pursue jobs for other employers, including public schools. Most of her staff members have either bachelor’s or associate’s degrees depending on their role, she said, and can get higher paying jobs in the public school system.

“Forever people called it daycare. They thought of the staff as babysitters, when the reality is these people have bachelor’s degrees and have the same level of education as public school teachers,” she said.

Varr said they’re also seeing a significant increase in developmental delays among students as families return to the childcare system after a year at home. For the first time in her career, she said, she had to purchase diaper pails for the organization’s 4-year-old pre-K classrooms due to a large number of students coming into the program who are not potty-trained.

“You have two teachers in a classroom with 18 preschoolers who are really not developmentally preschool age, they’re toddlers,” she said.

Melissa Laplante is a teacher in the 4-year-old pre-K classroom at the Warwick Street center who has been teaching at Head Start for the past 12 years. Between breaking up arguments and helping students wash their hands during a recent pre-K day, she told The Breeze she is also seeing more needs in students than in previous years, though it can be difficult to pinpoint the cause.

“They’ve been home for so long, they struggle in a group this large, learning to share,” she said.

Laplante, who has two children of her own in the organization’s programs, said her daughter has struggled with staff turnover at the Mendon Road location. Earlier in the year, she said, her daughter had two different teachers over the span of a few months, making it difficult to adjust to a new classroom.

State funding for preschool has expanded in Rhode Island since the introduction of the R.I. Pre-K program in 2009. According to data compiled by Rhode Island Kids Count and the National Institute for Early Education, 126 children were enrolled in the R.I. Pre-K program in 2010 compared with 1,848 in 2020. Victor Morente, a spokesperson for the Rhode Island Department of Education, noted that the state continued to expand the program in the 2021-2022 school year with the introduction of 27 new classrooms and more than 500 new seats for a total capacity of 2,350 children, though more than 700 children remain on a waiting list. Many of those seats are based in public schools and in child care centers such as Woonsocket Head Start.

At the same time, Kids Count data reveals that the overall capacity of early learning programs at child care centers and home-based daycare facilities has been in decline. According to the data, the number of licensed early learning slots available in the state declined from 23,101 in 2011 to 21,071 in January of 2021. Those numbers include space available at home or community-based childcare centers but do not include preschool seats in public school buildings.

The biggest change was in the number of seats available at home-based childcare programs, which declined almost in half from 4,274 in 2011 to 2,722 in 2021. According to Alisha Pina, a spokesperson for the Rhode Island Department of Human Services, those declines are due in part to the state’s aging childcare workforce and the decision of some home-based providers to retire early during the COVID-19 pandemic. Pina said in a statement this week that 30 percent of the home-based child care center closures reported between March of 2020 and November of 2021 cited retirement or the risk of COVID-19 exposure as a reason for shutting down. The DHS, she said, has worked closely with home-based childcare programs to try to provide logistical support.

Debbie Bailey Scotto, the owner of WeeCare Academy and Daycare in North Smithfield, is one of the home-based providers who has had to deal with additional challenges since reopening during the pandemic. Bailey Scotto told The Breeze she tries to maintain staffing levels above those required by the state so that she doesn’t have to close if a staff member is out for COVID-related reasons but has had difficulty hiring a new staff person in recent months.

“If their child cannot go to school because they just have a cold and are waiting for COVID results, I’m short-staffed,” she said. “That’s where I’ve had my ad in for months to try to find an emergency assistant or just even another assistant on a permanent part-time basis. No one’s applying.”

Other providers also cited challenges, including low wages and the lack of a comprehensive system to address the state’s childcare shortage. Deborah Perry, president of YWCA Rhode Island, said wages for staff members at the agency’s Woonsocket location begin at $15 per hour with benefits, but the disparity in pay between childcare workers and those in other industries remains an ongoing concern.

“Our dedicated team members, who range in age from 21 to 71, have showed up to work every day, often putting aside their own COVID fears for the benefit of the families we serve,” she said.

Kim Fortier, owner of Me Too Preschool in Woonsocket and Burrillville, said it’s difficult to pass wage increases off on tuition-paying families, but said she’ll have no choice but to raise childcare rates when the minimum wage increases. Fortier said she’s thankful for the government assistance to the childcare industry so far but pointed out private centers such as hers often do not have access to the same funding sources as those that host state-funded programs, such as Woonsocket Head Start.

“All childcare centers, private and state run, need the full support from the state for wages, staffing and overall positive support to keep our industry alive, thriving and of high quality,” she said.

In October, Gov. Dan McKee announced a plan to invest $38.5 million in state American Rescue Plan Act funds in Rhode Island’s childcare industry and related supports. The plan calls for $14 million in retention bonuses for childcare workers and another $300,000 in start-up grants for new home-based centers, but many in the industry say the needs have gone beyond a temporary fix. Varr, who serves on the Permanent Legislative Commission on Childcare in Rhode Island, told lawmakers in a recent letter to the Senate Finance Committee that the tipping point for childcare providers is already here.