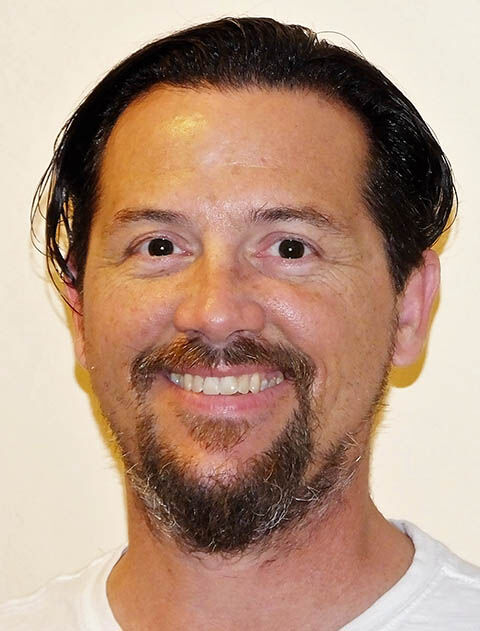 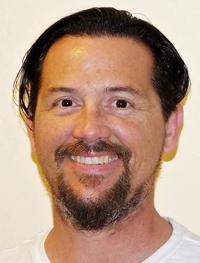 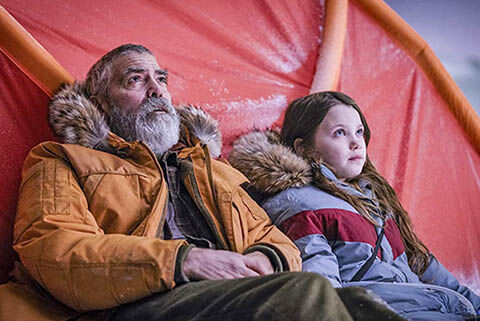 Since childhood I have been fascinated with space. There has been no shortage of films focusing on the subject and this week on Netflix George Clooney stars in such a film called “The Midnight Sky.”

It definitely is one of the more morose and less glamorous science-fiction films that I’ve seen in a while. It takes place in a not-too-distant future 30 years from now where a never quite defined or explained worldwide catastrophe has wiped out most of the Earth’s population and the air is becoming unbreathable. Clooney portrays a scientist, Augustine, who is terminally ill and chooses to stay behind at one of the last arctic outposts. He is content to take his meds and wash it down with some Tennessee whiskey, until he realizes that a small girl that was thought to have left the outpost with her mother suddenly turns up.

He also attempts to make contact with a returning space flight from the planet K 23, a moon hidden around the orbit of Jupiter, that he himself discovered decades earlier. The crew is small, only five people. They are also unaware of what has been occurring back on Earth, and they presume there is some sort of malfunction with their communication array. It is only after Clooney embarks on a perilous mission to a stronger antenna across the ice that he’s able to reach them and advise them of what’s waiting for them back home.

The score throughout this film is sometimes a very melancholy and somber accompaniment to what’s occurring to these characters. The decisions they have to make are not easy and each character does so for a specific reason. I am sure that some people will view this film as some sort of message film from a “Hollywood elitist” like Clooney, but in light of the ongoing pandemic we’ve all been living through, it’s not hard to imagine some sort of greater global catastrophe awaiting us. Of course, this also brings up the question of why do we search out new worlds when we can’t even fix the one we’re on? Perhaps Elon Musk knows something we don’t and that’s why he wants to get to Mars so badly.

“The Midnight Sky,” however, is a quiet, retrospective film that at times feels like “Castaway” but it’s probably much closer to 1959’s “On the Beach,” which starred Gregory Peck. Interestingly, in “The Midnight Sky,” young Augustine is played by Ethan Peck, Gregory’s grandson.

Clooney does not take up as much screen time in this as one might think, and honestly I feel like Felicity Jones (Sully) and David Oyelowo (Adewole) are more of the stars of this film because so much rests upon their shoulders as the key members of the spaceship. This is a film that you’ll still be thinking about a couple of days after the fact. I suppose in light of the current environment that’s why this is on Netflix and not playing in a movie theater. The film is also directed by Clooney, and I think it shows his growth as both an actor and behind the lens.