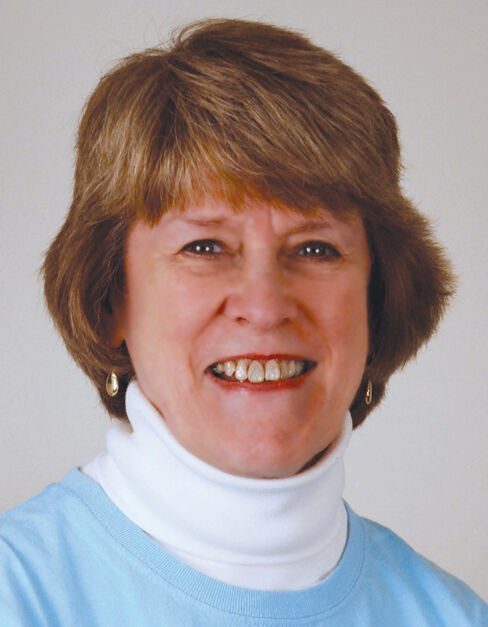 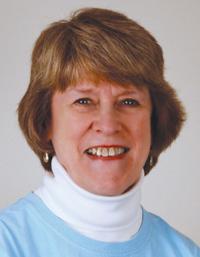 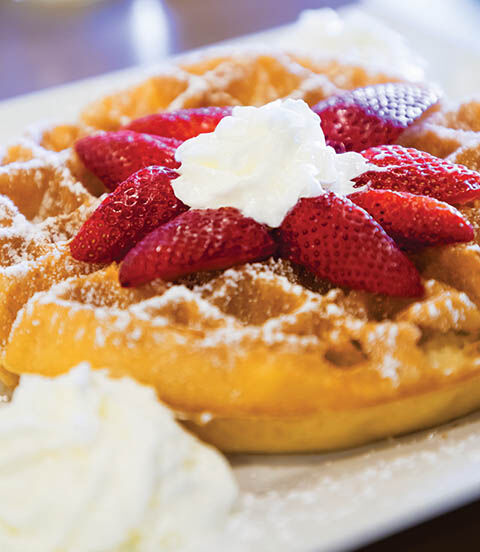 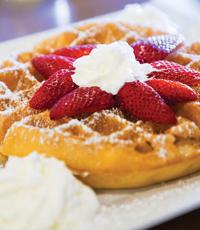 “You won’t believe what I just bought!” I gushed, still quivering with excitement, on the phone to my sister Bev one morning earlier this week. “I am so excited. I’m on my way over to show it to you.”

“What is it?” she questioned, now sounding almost excited as I was at the prospect of something good in the offing.

“I’m not going to tell you, but you’re going to want one when you see it. Shall I pick up breakfast pastry on the way?”

When I arrived 30 minutes later she took one look at the box and exclaimed, “I want one!” to which I replied, “I knew you would.”

The object in question and the cause of our delight was a waffle iron. But wait ... not just any waffle iron, but what in my estimation is the Cadillac of waffle irons ... a Cuisinart Belgian Waffle Maker that rotates on a stand like the ones you see in hotels with free breakfasts that include make-your-own waffles. It even included a metal tray on the stand underneath it to catch the inevitable drips, and a whisk with which to mix the batter. Who would not be excited?

Now for the backstory to this whole saga.

I have a small group of friends who meet here on Tuesday mornings to knit. Someone usually volunteers to bring breakfast pastry, and I serve something light for lunch, like soup or sandwiches. This past Monday, however, after Bev mentioned that she wanted to make Belgian waffles for her family later in the week, I thought it sounded like a great idea for the knitting group the next day.

And so it came to pass that on Tuesday morning Bev brought her waffle iron, another borrowed from her neighbor Rita, and I unearthed my own old one, since waffling is a fairly slow process and the more irons the better.

“Is there anything we can do to help,” everyone asked as I began gearing up for action.

“You guys can get the table set while Bev and I work on the waffles.”

The big bowlful of fresh strawberries, sliced and mixed with a tub of previously frozen sweetened strawberries with lots of juice in them went on the table along with another bowlful of just-whipped heavy cream, and the container of vanilla ice cream taken out of the freezer a few minutes in advance so it would be scoopable. The first couple batches of waffles soon went onto the table and we were ready to roll.

I was still in the kitchen, having insisted that everyone please sit down and start eating while I finished cooking the rest of the waffles (enough for everyone to have seconds and thirds if desired) when I began hearing the reactions from the other room. Suffice it to say waffles were a major success.

As we ate, Bev and I were reminiscing about how many years earlier, when our Shower Group (a long story for another day) was still ongoing, one of the members had requested a waffle iron when it was her turn for a shower. My sisters and I had one of our infamous brainstorms and had phoned Cindy in advance to warn her that not only was she going to receive the requested waffle iron, but as part of her gift, we were coming prepared to christen it for her. Belgian waffles would be on her menu for that night. It was a major “happening” that inspired the rest of us to buy waffle irons of our own.

The waffle iron I was using last Tuesday was the one I had bought for myself back then, and although it still worked fairly well, no matter what I did, the waffles kept sticking to the upper grid.

So yesterday, with waffles still fresh on my mind as I shopped for a bed-in-a-bag combo for the spare room, I almost lost my mind when I saw the super-duper, fancy-schmancy waffle iron on display on one of the end caps at Bed Bath and Beyond. It was $59.99, and with the 20 percent off store coupon in my phone and money enough in my Mad Money Account (where I stash my Breeze paychecks every month for just such occurrences) to cover it, I didn’t even have to think twice. It was mine.

I had planned to have waffles for supper last night, but after pizza and cards at Bev’s I wasn’t hungry enough to make it worth my while, so today will be the day. One big thick waffle ... or maybe two ... with real maple syrup drizzled over it for lunch sounds pretty good from where I’m sitting right now.

Rhea Bouchard Powers is a writer from Cumberland.