Skip to main content
Log In Sign Up
You have permission to edit this article.
Edit
Home
News
Sports
Lifestyle
Opinion
Obituaries
Public Notices
Classifieds
Jobs
About Us
1 of 4 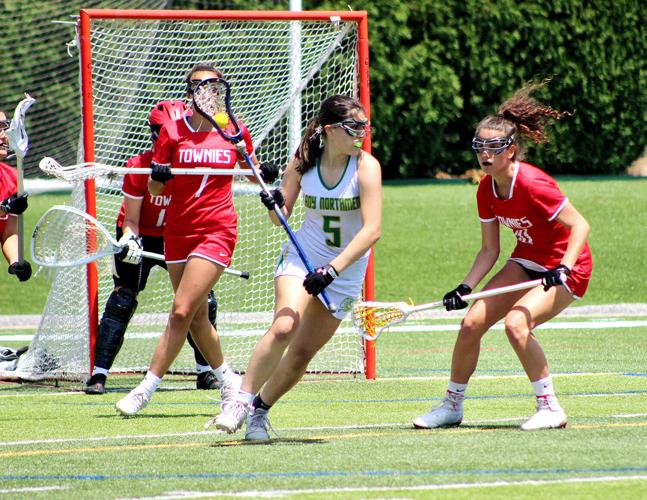 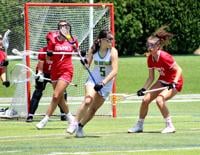 Trying to find a clear lane to make a shot on goal is North Smithfield sophomore Kate Zonin, #5, who scored six goals for the Northmen in their 12-11 loss to East Providence in Sunday’s Division III finals at Cranston Stadium. 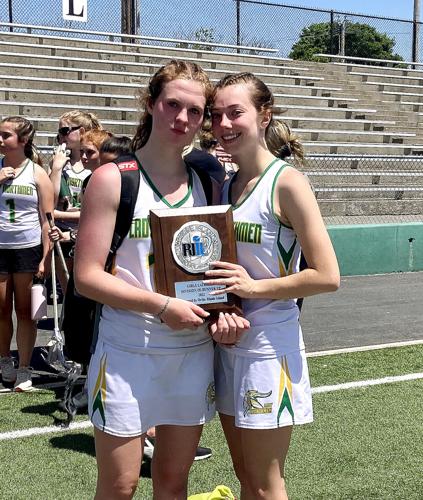 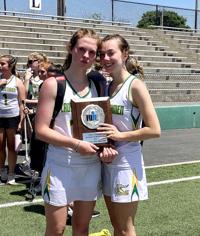 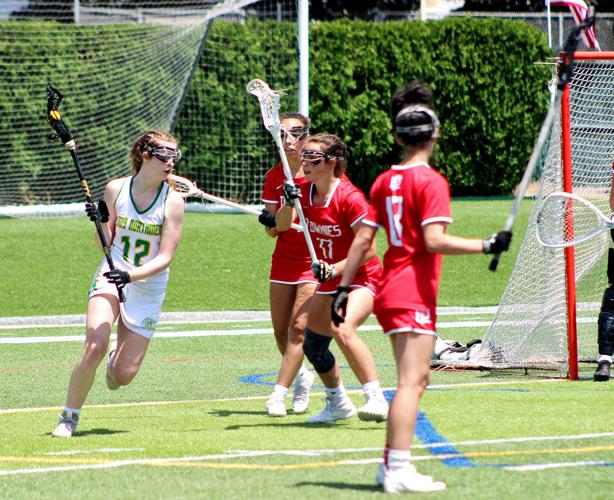 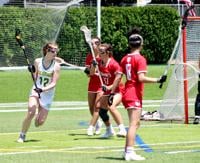 North Smithfield senior co-captain Jamie Wilkes races around the net as she is being defended by East Providence's Isabel Tavares, #17, and #18 Kaylee Vieira, #18. Wilkes scored four goals for the Northmen. 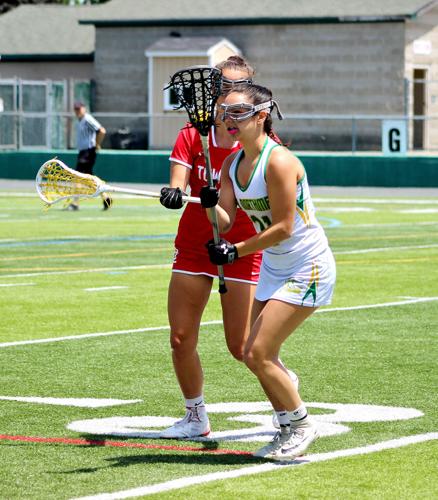 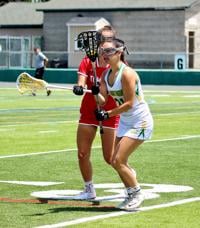 North Smithfield junior Nina Finn, right, brings the ball down the field while being heavily defended by East Providence's Ryleigh Grant. The Northmen, who were previously undefeated, were upset in the D-III finals on Sunday, 12-11.

Trying to find a clear lane to make a shot on goal is North Smithfield sophomore Kate Zonin, #5, who scored six goals for the Northmen in their 12-11 loss to East Providence in Sunday’s Division III finals at Cranston Stadium.

North Smithfield senior co-captain Jamie Wilkes races around the net as she is being defended by East Providence's Isabel Tavares, #17, and #18 Kaylee Vieira, #18. Wilkes scored four goals for the Northmen.

North Smithfield junior Nina Finn, right, brings the ball down the field while being heavily defended by East Providence's Ryleigh Grant. The Northmen, who were previously undefeated, were upset in the D-III finals on Sunday, 12-11.

After winning 10 of their 14 games this season by eight or more goals, the Northmen found themselves having to play from behind for the better part of their title game against East Providence and suffered a 12-11 loss that spoiled their bid for an undefeated season and their program’s first title.

After back-to-back goals by the Townies gave them a 4-3 lead, the Northmen had to play catchup for the rest of the afternoon and they almost managed to tie the score in the game’s final minute.

With 34.3 seconds left in the game, North Smithfield’s Kate Zonin, who led her team with six goals, took a free shot on net, but it was caught by East Providence goalie Ava Williams, who made sure valuable time ticked off the clock as she put the ball down and let a teammate pick it up. Seconds later, the Townies celebrated their program’s first championship.

“That was all we could do, just set (Zonin) up for success,” North Smithfield head coach Courtney Lambrese admitted. “That’s her move and that’s her shot, but the goalie made a great save. (East Providence) played great defense and things just didn’t fall our way. We couldn’t have been set up any better for that last play.”

The Townies’ only loss this season came against North Smithfield, 10-6, on May 10, but they were without a few players in that game and rebounded three days later to defeat Ponaganset, 11-9.

Lambrese said that she knew East Providence was going to look like a different team in last weekend’s rematch, “and I said to my team, ‘We both got here for the same reasons,’” she recalled. “’We were both here with a new game plan, a 0-0 record, and ready to play one game, 50 minutes, and whatever happens, happens,’” she said. “But I think we were both two different teams.”

The Northmen dominated early and jumped out to the 3-1 lead in the first 6:39 of play on goals from Zonin, senior co-captain Jamie Wilkes, and sophomore Alina Bienkiewicz.

The Townies then came back to score the next five goals to take a 6-3 advantage. The Northmen had some work to do, but the Townies’ defense would not allow it.

“I think we lost sight of what we were doing and what our game plan was for those (next) 10 minutes,” Lambrese said. “I think that set us back. Having the season that we had, we never had that experience of needing to overcome (a deficit) and score goals. That was one of our biggest challenges – that fight from playing from behind to even out and even pull ahead.”

Zonin came back to score the next two goals to cut the Townies’ deficit to 6-5 with 7:44 to go in the first half, but the Townies were still on their game and closed out the half by scoring three more goals.

In the first minute of the second half, the Townies added their 10th goal. Wilkes, who scored four goals for North Smithfield, scored the next two goals, but the Townies responded with two quick goals and tried to slow the game down.

That was what the doctor ordered for the Northmen, as they went on to score four unanswered goals in the final 10 minutes, but unfortunately, they could not tie or top the Townies.

“The fact that they came out with heart and fight and wanted to win in the last three minutes, rather than just give up, I always say that we’re playing to win and not playing to not lose,” Lambrese said. “At the end, we flipped that switch and we played to win, rather than to not lose, and that heart and intensity just shows what kind of team we really are.”

“It was hard to beat a good, competitive team like East Providence twice,” added Lambrese. “And they played fantastic. It was a well-deserved win.”

The Northmen reached the finals by defeating Mount Saint Charles in the quarterfinals on May 28, 14-6, and Ponaganset in the semifinals four nights later, 13-2. Zonin and Wilkes each scored five times in last week’s win over the Chieftains.