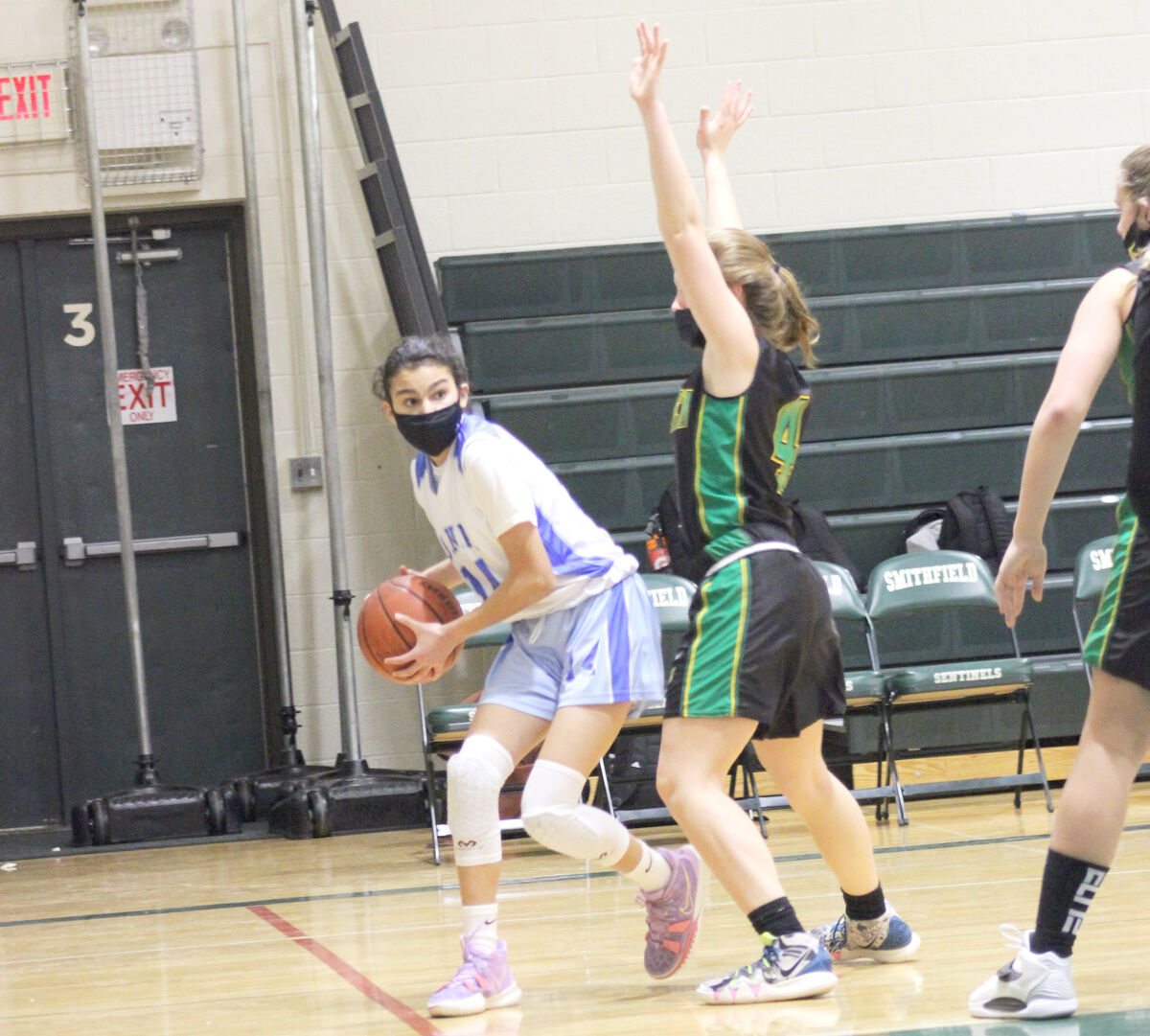 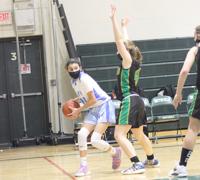 SMITHFIELD – For a young co-op team that’s only been together for four weeks, taking Smithfield High’s court for two games in the Smithfield Holiday Boosters girls’ basketball tournament was just what the doctor ordered for the first-year Johnston/North Providence squad.

Unfortunately for Johnston/NP, the squad didn’t get the results it wanted – Burrillville posted a 43-25 victory over Johnston/NP last Monday, Dec. 27, and North Smithfield rolled to a 63-20 win the following night – but getting the opportunity to face two of the Division III’s top teams proved to be the perfect way to break up a 15-day break in its D-II schedule.

“The more they play together, the better off we’re going to be,” said Johnston co-head coach Meghan Reall, who shares the head coaching duties with North Providence’s Stacy Pokora. “We have a lot of kinks that we have to work out, but again, they’re still learning how to play with one another and my coaching style.”

“Playing these games were good for them,” she added. “Both games were tough, but they helped us not go a long stretch without playing any games.”

Johnston/NP, which finished the December portion of its league schedule with a 1-2 record, was led offensively in the two tourney games by Johnston sophomore guard Ava Waterman, who scored 10 points in the loss to the Broncos and nailed three three-pointers to end up with nine in the defeat to North Smithfield.

“Ava’s just a sophomore, but she shoots it well from the outside, so we’re going to look to rely on her to be one of our scorers,” added Reall.

“We’re going to look to use everybody as much as we can,” added Reall, who also received excellent play off the bench from NP sophomore forward Andrea Vasquez and NP freshman guard Lusi Hagopian. “And we’re going to need everyone to contribute. We just have to keep figuring out what’s working and try to get the ball to whoever’s hot that night.”

Johnston/NP, which played its last D-III game on Dec. 22 and suffered a 50-30 defeat to Lincoln that saw Waterman score 13 points, will next trek to Westerly on Friday for a 6 p.m. matchup.

“We just have to keep working at it and keep getting better at things,” Reall said. “Hopefully, we’ll improve as we get through the season.”