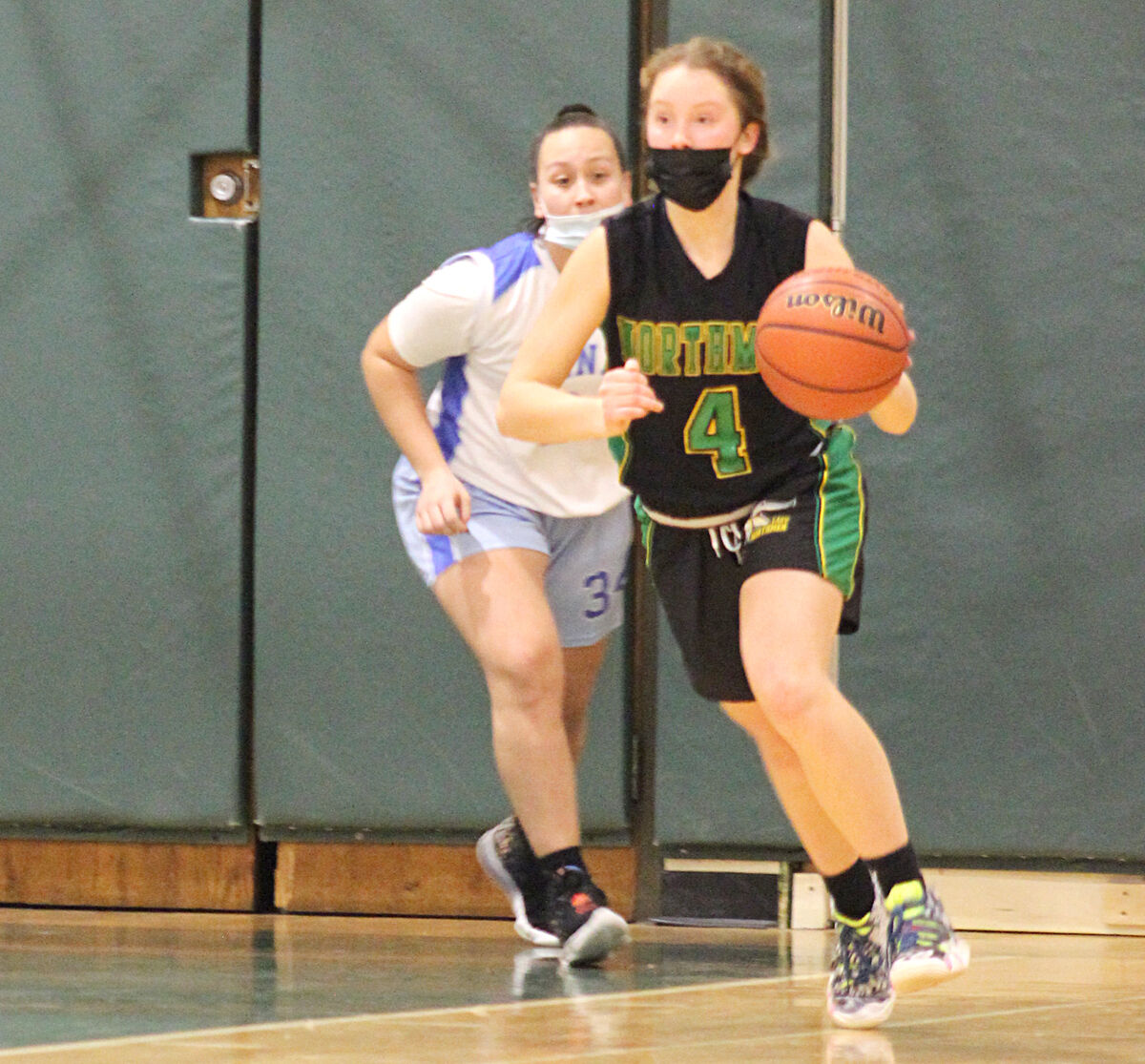 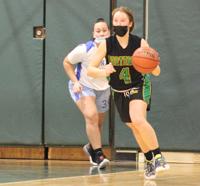 North Smithfield High senior guard Calla Puccetti gets ready to bring the ball down the court during last week’s Smithfield Holiday Boosters game against the Johnston/North Providence co-op team at Smithfield High. Puccetti scored a game-high 13 points to help lead the Northmen to a 63-20 victory.

North Smithfield High senior guard Calla Puccetti gets ready to bring the ball down the court during last week’s Smithfield Holiday Boosters game against the Johnston/North Providence co-op team at Smithfield High. Puccetti scored a game-high 13 points to help lead the Northmen to a 63-20 victory.

SMITHFIELD – With four starters back from a squad that won the Division III-North regular-season title, one would think that the North Smithfield High girls’ basketball team would be rolling past its opposition during these first few weeks of the season.

Unfortunately for the Northmen, they opened their season with just one victory in their first three games against D-III teams, and one of those losses was a 34-31 non-league defeat to Lincoln that came last Monday, Dec. 27, in the East Greenwich Holiday Classic.

“We’re trying to find our groove again,” explained N.S. head coach Ariana DiPaola. “We’re really trying to rediscover ourselves, and we had a really long conversation and we learned a lot from (last Monday’s game).”

That conversation paid dividends the following night. The Northmen, who grabbed another non-league game from the Smithfield Holiday Boosters tournament at Smithfield High, took on a Division II squad, the first-year Johnston/North Providence co-op team, and turned in arguably their best performance of the month in rolling to a 63-20 victory.

Offensively, senior guards and co-captains Calla Puccetti and Megan Masi teamed up to score 25 points to lead the charge, with Puccetti sinking three first-half three-pointers and finishing the game with 13 points. And defensively, the Northmen played outstanding, especially in the second half, where they allowed just one point.

“It’s nice to come back with a win,” added DiPaola, whose team lost in last year’s D-III semifinals to the eventual champion, Mount Pleasant. “We had a rough start (to the season), but I think we’re going to have a very good season. We have a big week coming up, so we’ll see what happens.”

Back for their fourth seasons with the Northmen are senior center Laura Matchett, Puccetti, and Masi, and senior forward Sadie Crozier, an outstanding soccer player who joined the squad last winter and made a nice splash in her varsity debut, also highlights the roster.

Puccetti, who has averaged a dozen points and seven rebounds per contest over the past two seasons, is a two-time First-Team All-Division selection who received Third-Team honors as a freshman. And Matchett, who is 6-foot-1, was a Third-Team pick last year “who’s really coming into her own this year,” said DiPaola. “She has a lot of confidence and she’s going to be huge for us.”

As for the fifth spot in the starting lineup, “we either have (junior forward) Sam Ledger or our freshman (forward) Maya (Silveira), who’s going to be really good,” added DiPaola, who also has senior guard Madison Reilly and sophomore guard Bryson Murray among her key players.

In the Northmen’s season-opening victory, a 35-31 win over the Lincoln School on Dec. 14, they received 12 points, eight rebounds, and five steals from Crozier and 10 points from Puccetti. But four nights later, in their home opener against Middletown, the Northmen suffered a 30-23 loss to Middletown that saw Masi score all but seven of their points.

The Northmen resumed their league schedule on Wednesday night in Warwick when they took on Pilgrim. Scoring seven of the game's final nine points and receiving 17 points from Masi and 13 from Puccetti, North Smithfield was able to come away with a 48-43 victory.

N.S.'s next game is on Friday night and it’s a big one, a 6:30 p.m. showdown at Mount Saint Charles against their neighboring rivals.