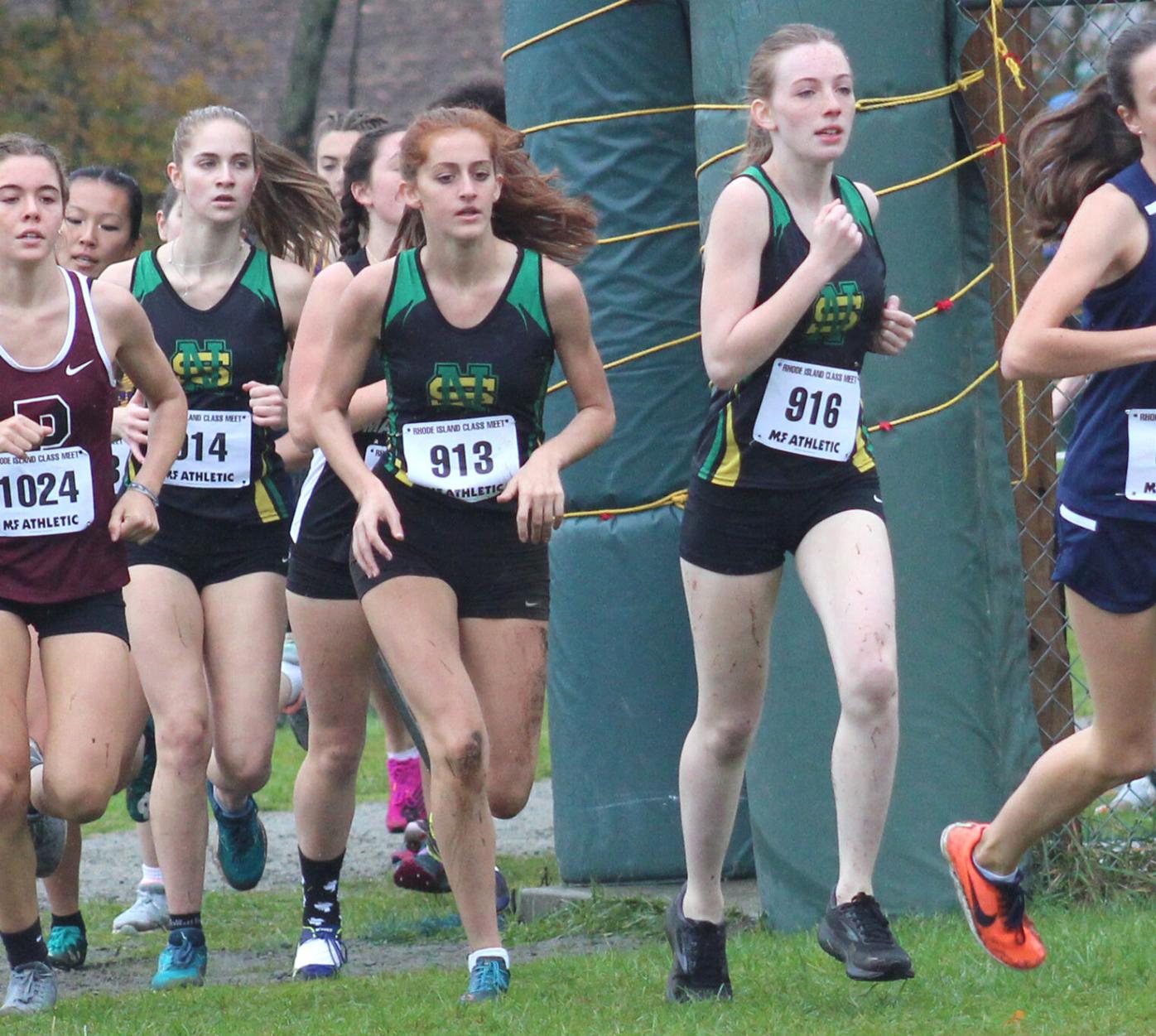 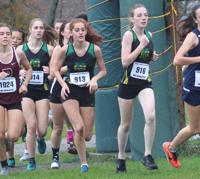 North Smithfield’s top finisher at the Class C meet was freshman Mya Silveira, who took 17th place in a time of 22:04.5.

North Smithfield’s top finisher at the Class C meet was freshman Mya Silveira, who took 17th place in a time of 22:04.5.

GLOCESTER – For the fifth year in a row, the North Smithfield High girls’ cross country team was able to complete its competitive Northern Division dual-meet season with a winning record.

But unfortunately for the Northmen, who posted a 33-14 mark from 2017-2020, they were unable to earn a berth in the state championship meet during those four seasons because they didn’t place among the top three teams in the division’s standings or deliver a performance in the Class C meet that was strong enough to qualify them as a wild-card entry.

This season, the Northmen took fifth place in the division with an 8-4 record, and when they took the short trip to Ponaganset High for last Saturday’s Class C meet, they did so with visions of putting together an excellent performance on a cold, rainy afternoon and landing one of the RIIL’s six wild-card spots.

But when two of the Northmen’s seven runners fell at the start of their 3.1-mile race, and only two placed among the top 40 in a field of 93 runners, head coach Amy Gravel and her runners were fearing that the end of their season was imminent.

North Smithfield eventually finished seven out of 12 teams with 179 points, but when all the teams at last Saturday’s three class meets who had already qualified for the state meet (by placing in the top three of their respective divisions) were taken out of the equation, the Northmen received a pleasant surprise.

They were going to compete in their first state meet since 2016.

Four of the RIIL’s six wild card berths went to teams in the Class C meets, starting with the eventual Class C champion, Moses Brown, and including the Wheeler School, St. Raphael Academy, and the Northmen. Classical (Class A) and Lincoln (Class B) landed the other two spots.

“We were so deflated at the conclusion of the race,” reported Gravel, who will see her girls run in Saturday’s 2:15 p.m. championship race back at Ponaganset. “A team qualification for the state meet had been our goal all season, and learning that we had secured the final at-large team entry was exciting and a relief because these girls really had a tremendous season.”

And the Northmen has had a tremendous season with a young roster that saw only two seniors, Calla Puccetti and Kat Brandao, answer the starter’s gun for the Class C race. Their 8-4 record could have easily been a 10-2 mark that would have moved them into third place in the division, but they suffered a one-point loss to 4th-place Lincoln and a two-point loss to 2nd-place Smithfield.

“Any year you can close in on Smithfield by two and Lincoln by one is a very good year,” Gravel said after last Saturday’s girls’ race. “We’re always hoping to finish over .500 in our division, and (the close losses to Smithfield and Lincoln) is a testimony to the work that these kids have put in.”

Speaking of work, “we trained for time and had the confidence on the hills,” said Gravel, who reported that “the steady weekly improvements from sophomores Jasmine Burt, Eden Beauregard, and Amelia Boyes and freshmen Mya Silveira left us with a decent calculated shot at a qualifying team score. The weather and saturated field condition were unknowns that these younger runners had not experienced, and they were more cautious in footing and time through the first half of the race.”

Nevertheless, Silveira was the first North Smithfield runner to cross the finish line, as she took 17th place in 22:04.5, and not far behind her was Burt, who placed 22nd in 22:18.5.

“I am super excited to see them have a second shot at ending their season with what we know can be their best race of the season,” remarked Gravel. “We have a bright couple of seasons to look forward to with this squad.”

In the boys’ Class C race, neither the Northmen or the Mounties were able to break into the top seven spots in the 16-team standings, but MSC sophomore Ethan Fadden was able to nail down a spot in Saturday’s state meet – the boys’ race is at 3 p.m. – by placing 14th in 17:32.3.