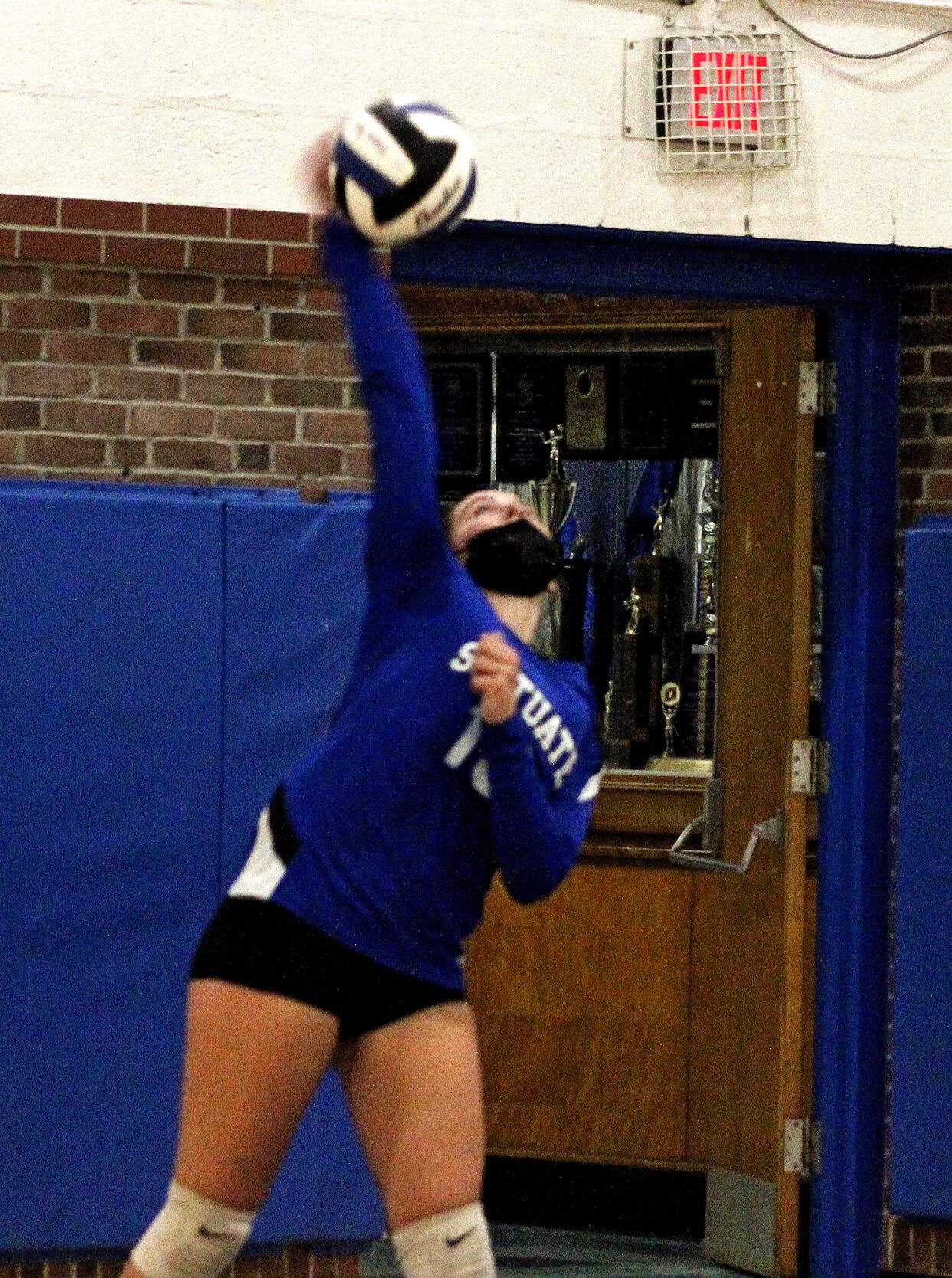 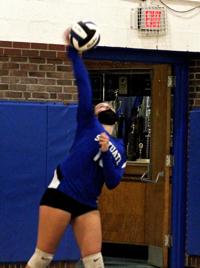 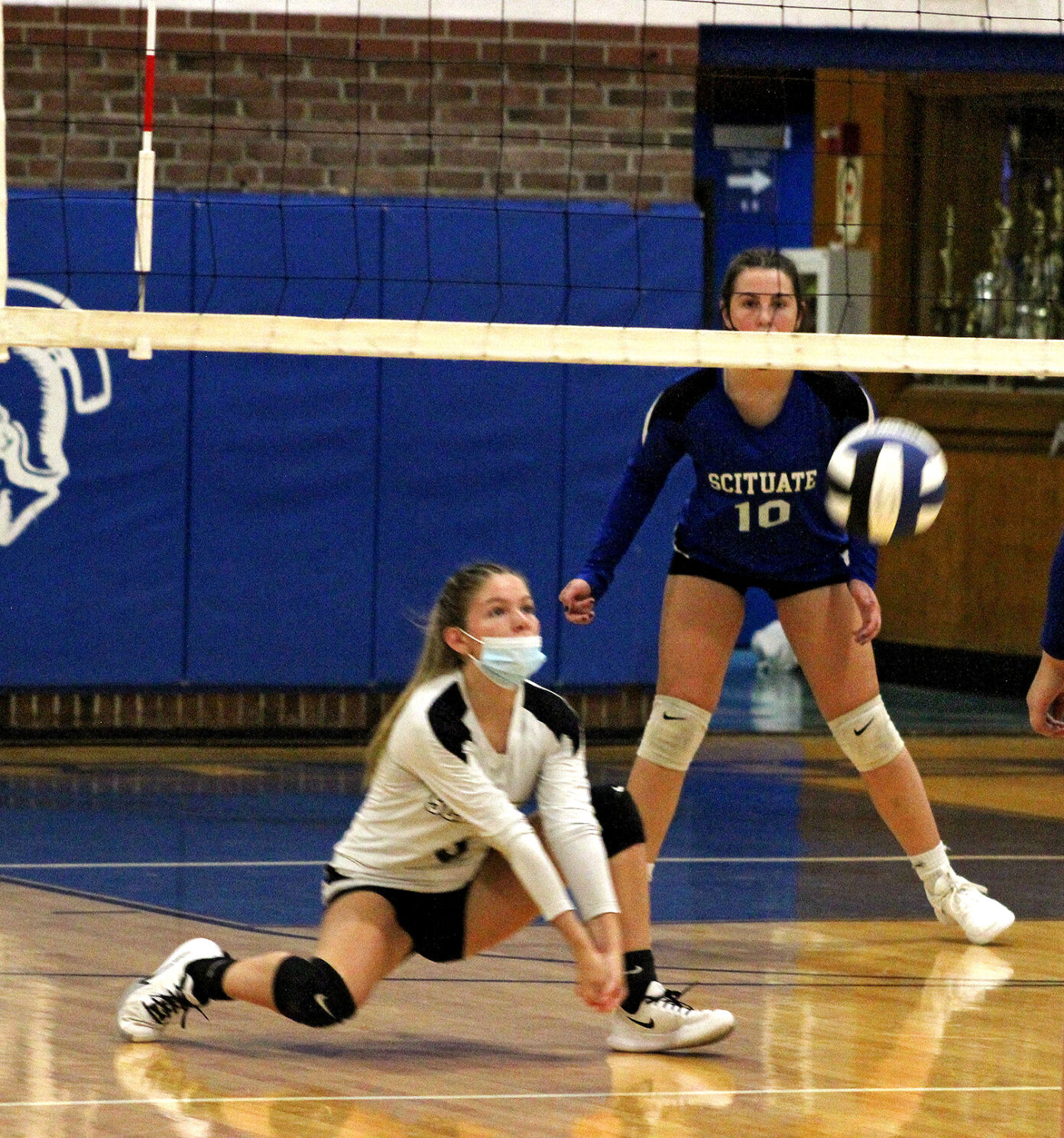 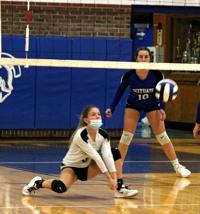 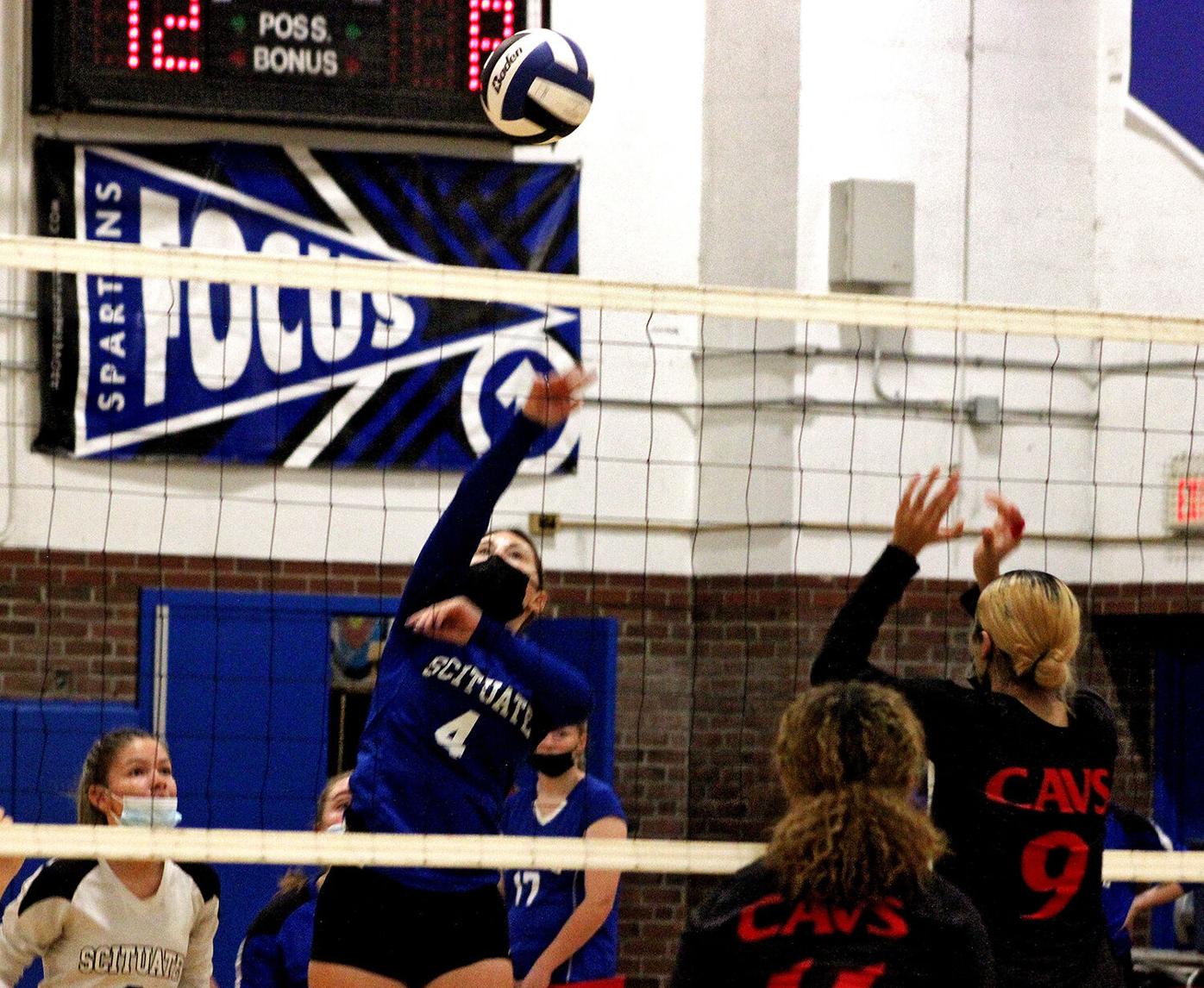 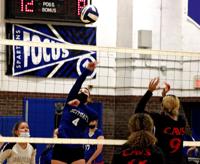 SCITUATE – A season after posting its first winning record since 2016, the Scituate High girls’ volleyball team is enjoying another excellent season this fall, and doing so in a tougher division.

After dropping its first set against Juanita Sanchez last Wednesday, Sept. 29, the Spartans rebounded with a 3-1 win, as they continue to improve each match. The Spartans lost that first set, 22-25, but then came back to win the next three sets, 25-9, 25-12, and 25-9.

And the Spartans continued their winning ways on their home court on Monday night, as they rolled past Shea, 3-0, to improve their Division III record to 5-1.

Last season was an unusual one in the state because it took place in the “Fall II” COVID season that took place this past March and April and not last fall. The Spartans, who had won just one match in Division II in 2019, were also playing in the RIIL’s new Division IV, and doing so under a new head coach, Luis Carvalho.

The spring season “was like laissez faire, let everything go,” said Carvalho, who had spent 25 years as the head coach at East Providence and led the Townies to seven state titles before entering the collegiate coaching ranks in 2006. “Now I’m pushing them and it seems like they are getting out of their bad habits and doing the things they know how to do. The situation has to present itself, (and they have to) play smart, play angles, and be ready.”

After deciding it was the right time to come back and coach high school, and at Scituate, Carvalho spent last season trying to build his team and teach the game. With only three players graduating and almost everyone else returning to the team, the Spartans are fixing their mistakes and racking up wins.

“Right now, we are working on serve-receive, which is working real well,” Carvalho said. “At Block Island, we had 30 service errors, and (in last Wednesday’s match), we had nine. When you have 30, you’re bound to lose.”

But Scituate kicked off its season on the road with a 3-0 victory over Tolman on Sept. 15 and a 3-2 win over Central seven nights later, and in their home opener on Sept. 27, the Spartans blanked Central Falls, 3-0.

Carvalho said that he made it clear at the beginning of the season that he wants everyone on the team to be a leader, so that each player will push each other. He also holds a commitment to the team in high regard.

The Spartans are currently wrapping up a hectic week that will see them play four times in as many nights. On Wednesday, the Spartans were scheduled to visit Middletown, and tonight at 6 p.m., they will head to Pawtucket for a rematch with Shea.